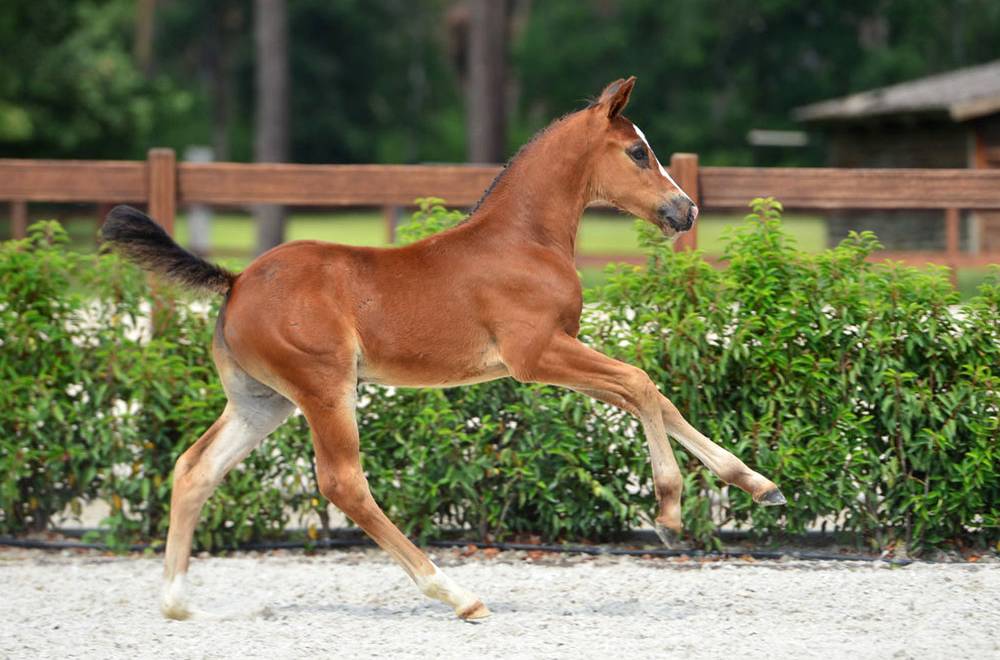 The challenge was not an easy one. At the start of the 2020 breeding season, the health crisis loomed, and many sectors were in doubt. In the end, the Z-Festival was only able to be held in Deauville, France, but for Belgium, Holland and Germany, Zangersheide didn’t sit back and rest, they organized screening days for the sales where each breeder was given an arrival time so that everything could run smoothly, in the best possible health conditions for all. It was a good challenge and one that Zangersheide once again took on, to the delight of Tom Lemmens: "Being able to start our sales in April while in full containment was a real gamble, but we absolutely wanted to do something to help the breeders who were full of doubt at the beginning of the breeding season. Breeders obviously prefer to meet up at the Z festival; it's more cheerful and congenial, and there's a sporting focus with champions, cups and medals... but these selection days were a wonderful alternative. The atmosphere there was different but we really wanted to work for the breeder because even the foals that were not selected for our sales left with quality photos and videos, allowing breeders to sell them on their own, and we didn't ask for any commitment fees from breeders. We eventually organized 15 selection days and we saw 700 foals.

We were rewarded because we saw very impressive foals that were full of quality, as evidenced by this sale. When you look at the quality and pedigree of this fourth sale, it could be an Elite sale, but we’re still going to be able to gather together an exceptional catalogue for our September Elite sale again this year. Our greatest reward during this very difficult year is in seeing the confidence of our buyers, who are sometimes loyal customers, who have been with us since the start. I think we can be very proud, with 80% of the foals selling during the first three sales, and considering the quality of this fourth sale, I have no doubt that it will be the same come the beginning of next week." Obviously, the 33 foals on the list look good with not just high-flying sires but also high-performance dam lines, including the international performer Wabelle de Muze (who is also a full sister to the multi-medalist London), the winner of the Prix de l'Europe in Aachen Nangaye de Kergane (aka Lady Lindenhof), the international performer Babbe van 't Roosakker (one of the best daughters of the Usha van 't Roosakker bloodline), the international performer Duchesse de la Pomme, the great winner and multi-medalist Pialotta who performed at the greatest championships with Rolf-Goran Bengtsson, Steve Guerdat and Edwina Tops-Alexander, and one of the ever present clones of the star performer Ratina Z, and Michel Robert and Eddie Macken’s former star, Sissi de la Lande, the double 1992 Runner-up World Champion. All of these exceptional mares are indeed present in the 2nd or 3rd generation of the foals presented, while the lines of other great winners such as Carlina IV, Utah van Eperkom, Tresor, Tekila D, For Fun de Hus Z and many others are also part of this collection.