Young riders were more motivated than ever in Opglabbeek! 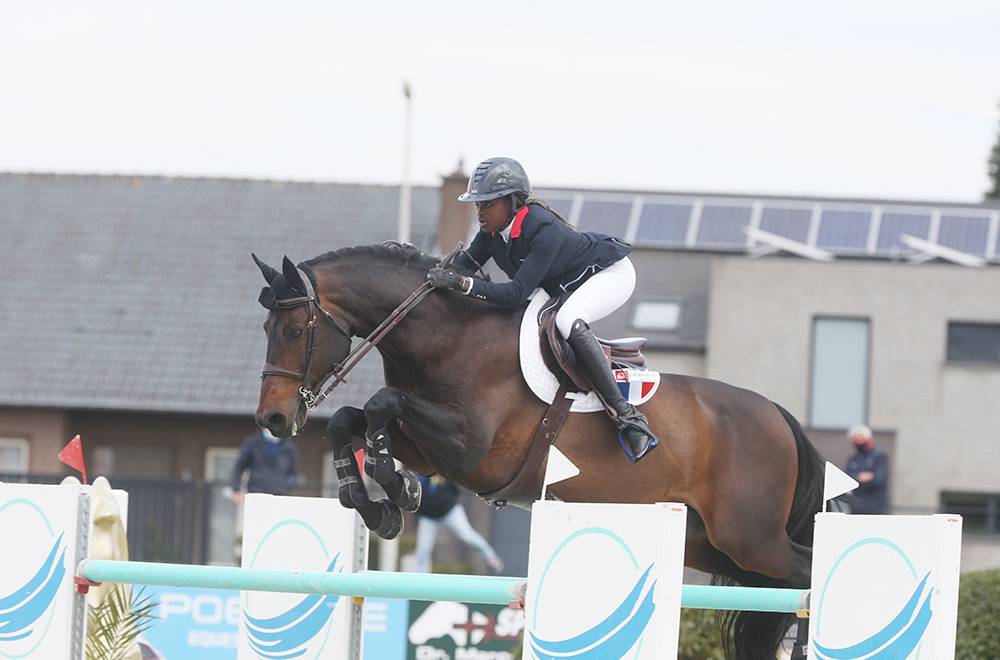 Let’s savor the delightful, beautiful sport that took place last weekend! Back on the main international events, as every Monday.

The only CSI4* scheduled as part of the competitions held this weekend was a Mexican competition that welcomed 33 riders and horses to a 1.55m Grand Prix. The home victory went to Manuel Gonzalez Dufrane riding Hortensia van de Leeuwerk (Corland). Second place went to Brazilian Rodrigo Lambre and Chacciama (Chacco-Blue), followed by another Mexican rider, Patricio Pasquel Quintana on Babel (Billy du Lys).

Competition continued in Wellington despite the end of the Winter Equestrian Festival. A CSI3* took place last weekend as part of the spring tour. In the $137,000 Grand Prix, American rider Laura Kraut won with Baloutinue, a daughter of Balou du Rouet. Her compatriot Beezie Madden placed second with her faithful mount Breitling LS (they’re on the American long list for the Tokyo Olympics). Paris Sellon completed this 100% female and 100% American podium, riding Anna Jo (Acodetto 2).

In Austria, a CSI3* was also held with the Sunday Grand Prix as the main event. Czech rider Ales Opatrny won on Forewer (Caruso 279), and German rider Wolfgang Puschak on Number One 32 (Call Me Number One) took second place, while Austria’s Dieter Köfler and Farah Dibah (Cornet Obolensky) completed the international podium.

In their Nations Cup, the Netherlands (12 points) won, ahead of Belgium (16 points) and Germany (19 points). In total, four teams competed in this event and the Netherlands also lined up a second team here, who are at the bottom of the rankings.

Germany was again in the spotlight, this time in the Nations Cup for children. At the end of a jump-off to decide between the first four teams with double clear scores at the end of the first two rounds, it was the German team that won ahead of Belgium and the Netherlands.

In their Nations Cup, Belgium also won with a total score of four points, ahead of France (8 points) and Germany (12 points). In a future article we will focus on the highlights of this event, where one of our journalists was present!

Finally, in the young riders’ category, the Grand Prix went to the Belgian rider Alexander Housen, riding Casillas van de Helle (Casall), ahead of Dutch rider Niels Bulthuis and Chicharito LS (Chapultepec). France occupied the next two places with Mathilde Pinault on Sea Coast Kira (Emerald) and Ramatou Ouedrago on GFE Up to You (Calvaro FC).

In the Nations Cup which was reserved specifically for them, the strongest young riders of the day were the French, with a total of 14 points and the best performance of the team was achieved by Ramatou Ouedrago, who reflects on the performance for us: "Up to You jumped magnificently well throughout the weekend and didn’t touch a single rail, he was extraordinary! The Nations Cup was quite technical; you couldn’t lose focus at all and had to stay present from start to finish." Belgium (16 points) and Germany (36 points) completed the podium.

In Germany, in the 1.45m 2* Grand Prix that the Westergellersen competition offered, Champion rider Rolf-Göran Bengtsson won with Ermindo W (Singapore). He came in ahead of Dutch rider Gerben Morsink on Navarone Z (Nabab de Rêve) and Germany’s Mylen Kruse on Chaccmo (Chaccomo) after a nine-rider jump-off.