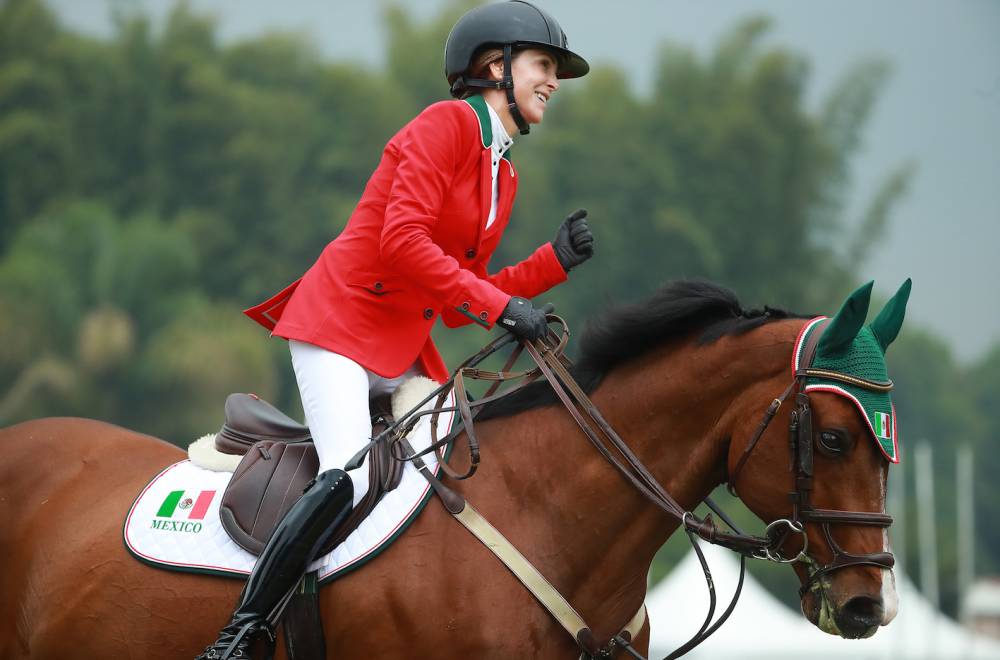 Stanny van Paesschen's team is once again successful on its home ground. Mexico has won a Coapexpan Nations Cup in which there was no double clear round. The best achievement belonged to Lorenza O'Farrill on Queens Darling (Quidam's Rubin), who had already won the Grand Prix as the only double clear round on Friday on Calvira (Calvaro).

In Bonheiden, it was a Belgian victory for Dieter Vermeiren in the Grand Prix** on Kingston Town 111 Z (Kashmir van't Schuttershof) ahead of Frenchman Bruno Selva on Vif de la Fontaine (Dollar du Murier) and Willem Greve on Faro (Calvaro).

In Fontainebleau, the young people took possession of the Grand Parquet. Harry Hallen won the U25 Grand Prix with Dancing Queen (Dulf vd Bisschop) ahead of the very young Valentine Delaveau on Vivaldi des Forêts (Orlando) and Leonore Laville on Tanagra de la Roche (Flipper d'Elle). Another Frenchman drawing attention again was the young Thomas Scalabre, known for winning several French championship titles on the family pony Sligo de Mormal, who took a nice fifth place with his delicate Bagheera des Bruyeres (Lando), after a fault during the jump-off.