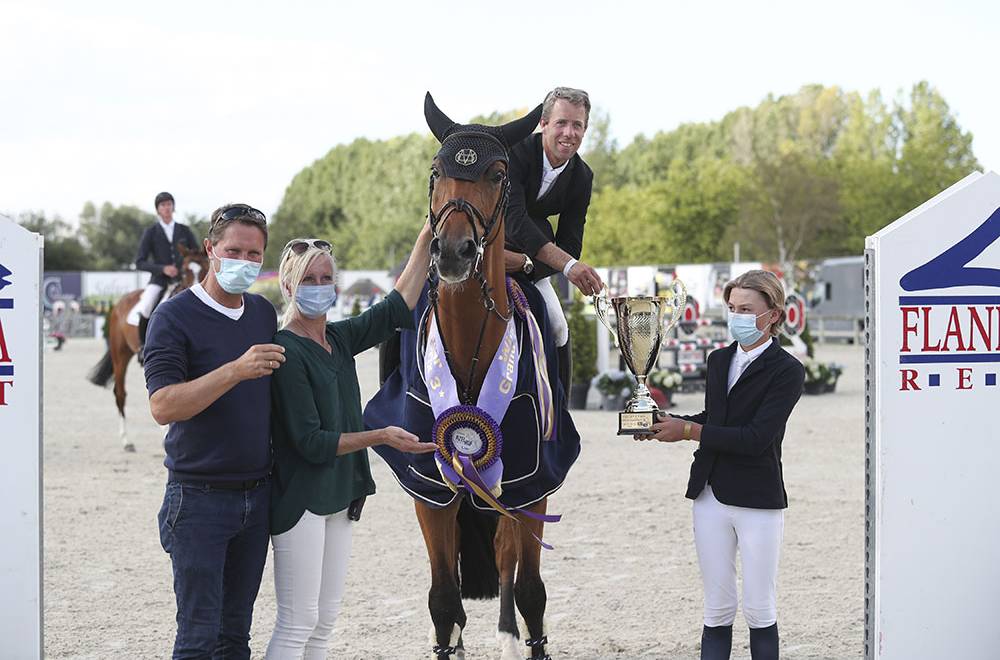 This week, Lier hosted the most star-studded competition of the weekend on the occasion of the industrial Geerkins Hippico CSI3*, which was criticized via an open letter from Eric Lamaze.

In the end, Maikel van der Vleuten, who hasn't missed much this year since competition resumed, locked in another victory. This time he was riding Beauville Z (Bustique x Jumpy des Fontaines). He came in ahead of Frenchman Titouan Schumacher on Atome Z (Amadeus Z), and Pieter Clemens on Icarus (Querlybet Hero), while Marcus Ehning placed fourth with Prêt à Tout (Hiram Chambertin). The 60 candidates for this Grand Prix were very impressive.

The Peelbergen event also ended with a good podium of riders which relaunched the Netherlands international season with a new Dutch victory for Leopold van Asten on VDL Groep Miss Untouchable (Chacco Blue), ahead of Laura Kraut on Jakarta (Cicero Z) and Thiago Ribas Da Costa on his well-performed Kassandra van 't Heike (Epleasure van 't Heike) who once again placed this weekend.