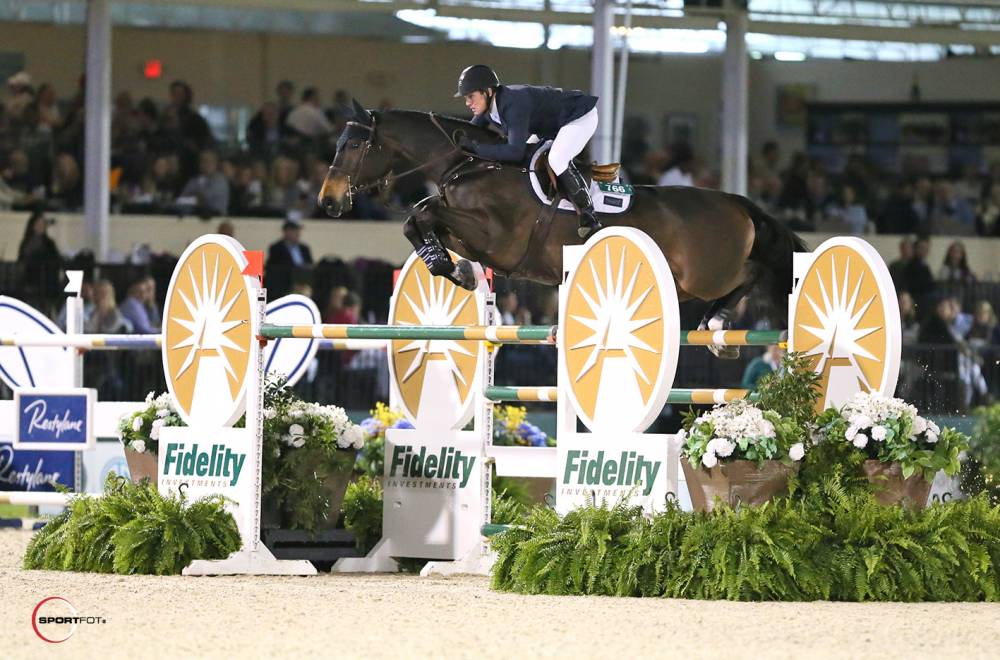 The Wellington CSI 5* Grand Prix kicked off with a dream start list, with over $400,000 on offer. The fine American rider McLain Ward won with his star mount, the huge striding Noche de Ronda (Quintender)! The winner of the 2017 World Cup Final came in more than 2 seconds ahead of his compatriot, Kent Farrington, who rode Creedance (Lord Z) in the jump-off. Eric Lamaze placed 3rd with his beautiful mount, Chacco Kid (Chacco-Blue). The Canadian stopped the clock in the same second as Farrington. Time is tight between those aces!

Nicole Shahinian-Simpson and Akuna Mattata (Quinar) placed 4th, and Martin Fuchs's partner (himself penalized by a fault in the initial round with the Sinner), Paris Sellon, placed 5th with her demonstrative mount Cassandra (Caressini L), and Tiffany Foster and Figor (Querly-Elvis) placed 6th, with all going clear in the jump-off.

Kent Farrington had already distinguished himself by winning a big event with Austria (Casall), the mare with whom he won the Top 10 Final last December in Geneva.

He placed ahead of Adrienne Sternlicht, the World Team Reserve Champion in Tryon, who was also placed in the Grand Prix, and Zoe Conter turned in a nice 6th place riding Davidoff de Lassus (Ugano Sitte).