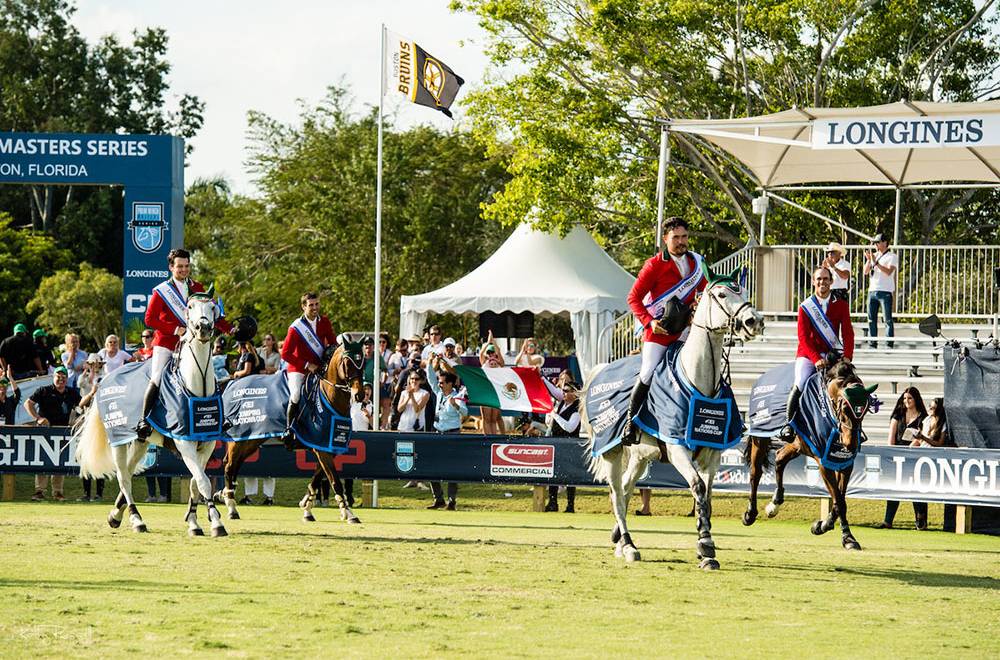 Mexico won the Wellington Nations Cup with two of the three double clear rounds of the event, ahead of Israel and the USA.

Italy took the double in Vilamoura in the Grand Prix*** which was won by Roberto Turchetto on Barron (Colman) ahead of Piergiorgio Bucci on Cochello (Casall) and Britain’s Ellen Whitaker on Jack Van'T Kattenheye (Diabeau) while the French fell off the podium: Olivier Guillon was 4th with Type Top du Monteil (Calvaro) in front of Felicie Bertrand who is doing well with Creta La Silla (Casall) and Marine Bouton was 6th with 1 extra time point on Zorro H (Indoctro).

Anglophiles had a stranglehold on the first Grand Prix of the Sunshine Tour which was won by the British Jake Saywell on Havinia vd Roshoeve (Cicero Z) ahead of American Catherine Pasmore on Hitec (Heartbeat) and her compatriots Holly Smith on Claddagh Iroko (Cruising) and Kayleigh Watts on Ninkie de Vy Z (Non Stop). Greg Broderick took 5th place with Dabelle (Nabab de Rêve) who is none other than the full sister of London, and who was raised and trained by Jos Lansink until the end of last year.

Finally, in Vincennes, the first generation of star Trotter Bold Eagle made an impression with the victory of Green Grass in the Prix Comte Pierre de Montesson Critérium des Jeunes, the first Group 1 to be won by the progeny of a Vincennes star, who has won this event himself.