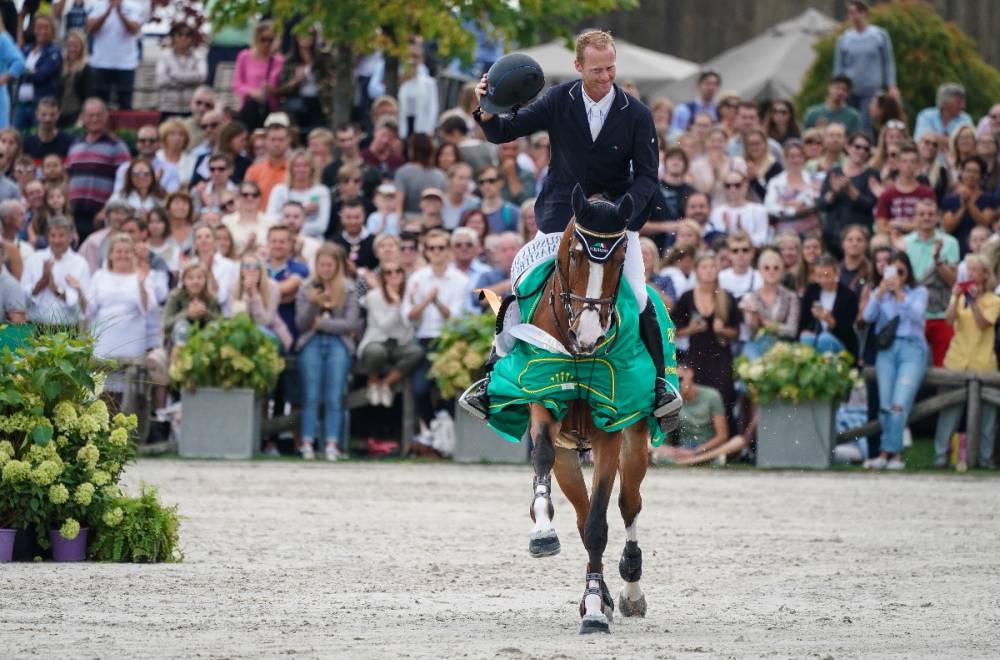 Niels Bruynseels won the Brussels Stephex Masters Grand Prix for the third time in his career out of  just 6 editions of the competition, after winning in 2016 with Cas de Liberté Z (Cracky Z) and again in 2017 with Gancia de Muze (Malito de Rêve). The mare made her return to competition only a few weeks ago in Valkenswaard, but Niels Bruynseels had decided not to participate in the European Championships in Rotterdam as she was not yet in championship form. She’s now gaining strength and has regained her top-level feel in Brussels. "I’m happy. For a rider, winning a five-star Grand Prix is always a special moment, but it’s even more so for a Belgian to win one in Belgium, and today, I have to first of all thank my mare, who really wanted the victory, while I was more on track to ensure we’d place 5th," said the day’s winner.

He came in ahead of Dutchman Harrie Smolders on the stallion Don VHP Z (Diamant de Sémilly) who also decided to step out of the running for the European Championships, realizing that his horse was not quite ready, before achieving 4th place in the Grand Prix of Valkenswaard and a second here! The Pan-American Games gold medalist Marlon Zanotelli took third place with VDL Edgar M (Arezzo VDL).

Earlier in the morning, Italian rider Silvia Bazzani won the Grand Prix*** with the stallion Charlemagne JT Z (Cachas), ahead of Justine Tebbel on the magnificent Light Star 4 (Light On) who started the day off well for the Tebbel family as her brother went on to take out 4th place in the Grand Prix 5* with Don Diarrado (Diarrado). Mohammed Al Kumeiti came in third with Taittinger de Altube (Clarimo), just ahead of Cindy van der Straeten who took 4th place with her promising stallion Cartaro (Carinue).

In Gijon, Italy won the Nations Cup ahead of Great Britain and France on Friday. On Sunday, in the Grand Prix, it was Irishman Greg Broderick who won the Grand Prix with the Swedish Warmblood, Westbrook (Jaguar Mail), ahead of the two French combinations who had already gone double clear on Friday, and who were still present on Sunday: Mathieu Billot took second with Quel Filou (Quidam's Rubin), just ahead of Felicie Bertrand on Sultane des Ibis (Quidam de Revel).