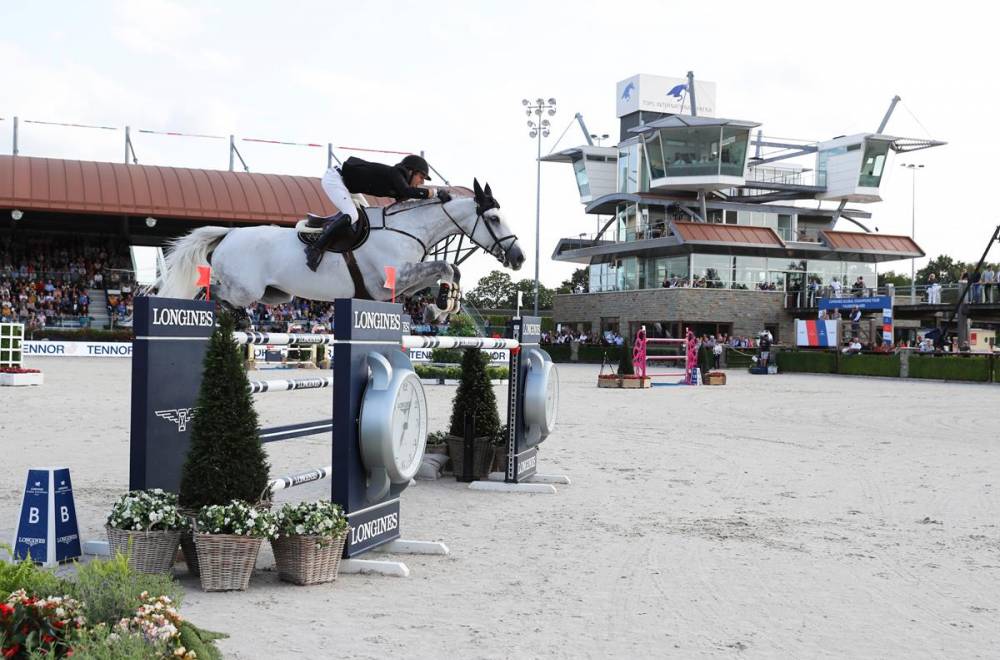 It was a home victory for Shane Breen in the CSIO***** Grand Prix in Dublin with Ipswich vd Wolfsakker (Carembar de Muze alias London). He came in ahead of Scott Brash on Charlotte Philippe's former mount, Hello Jefferson (ex Jerenmias van het Hulstenhof by Cooper van de Heffinck) and Lorenzo De Luca on his new recruit Dinky Toy vd Kranenburg (Ugano Sitte), who he’s only been riding for a few weeks. He was previously ridden by Mauricio Ruiz.

The day before, in the Grand Prix of Valkenswaard, the 15th stage of the Global Champions Tour, Maikel van der Vleuten won in his own backyard with Dana Blue (Mr Blue) ahead of Olivier Philippaerts with Legend of Love (Landzauber), and Kevin Staut who was in great form with For Joy van't Zorgvliet (For Pleasure). Harrie Smolders, who decided to decline his selection for the European’s after a difficult weekend in Berlin, showed that in show jumping, everything passes quickly. He had a double clear round and took 4th place in the Grand Prix, ahead of Marcus Ehning with his comeback kid Cornado NRW (Cornet Obolensky).

It was an emotional home victory in Saint Lo during the Normandy Horse Show for Hubert Pignolet with resident stallion Athos d'Elle (Apache d'Adrier), coming ahead of Michel Hécart on Solero (Silvio I), and Jérôme Hurel on Vegas de la Folie (Gastronom de Hus), for a 100% French podium, even if the best jump-off time was set by the young Belgian Thibeau Spits on Bellissimo Z (Bamako de Muze), but a pole knocked them down to 5th place.