What happened during the 60th CHI Geneva? 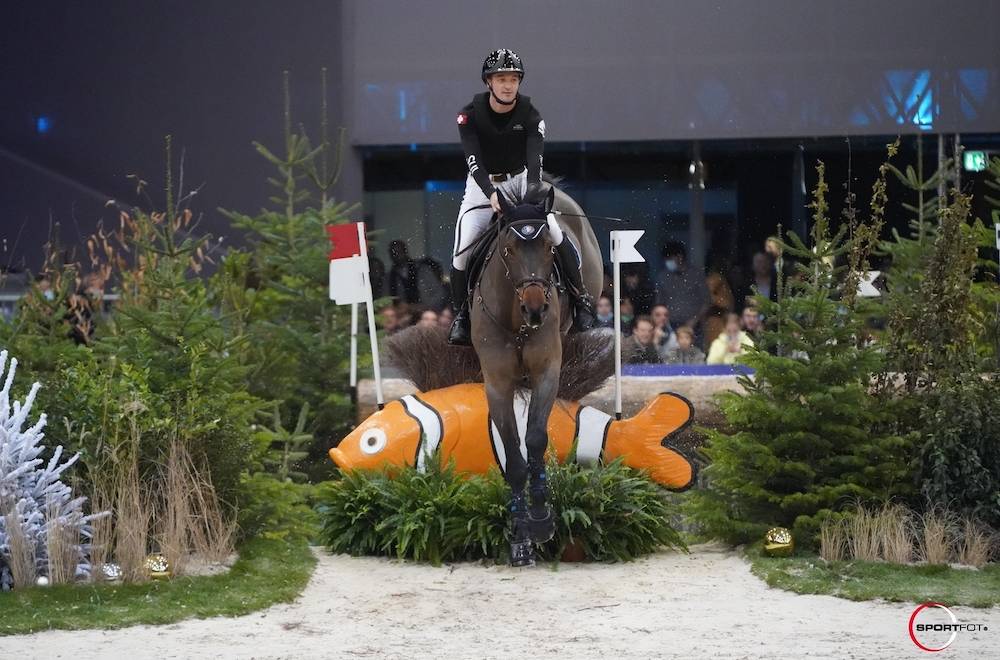 The CHI Geneva isn’t just the setting for the Top 10 Final and the Rolex Grand Prix, it also puts on a multitude of events and disciplines that make the show all the more special. Let's review these moments in pictures.

Between two rounds of the Top 10 Final on Friday night, a small bay mare with a big list of achievements entered the arena for the last time. Fine Lady 5 (Forsyth FRH), aged 18, will now enjoy a nice retirement. What better place to say goodbye than the Palexpo arena where her story with Eric Lamaze really began? Fine Lady, who arrived at the rider's stables in 2014, was initially a mare intended for speed events. Circumstances conspired and she found herself competing in the Grand Prix of Geneva in 2015. One year later, she helped the Canadian team win the bronze medal at the Rio Olympics and erase the painful loss of Hickstead. That same year, she also won the Top 10 Final. The circle was closed after this farewell ceremony surrounded by her groom, her rider and the generous Geneva public. 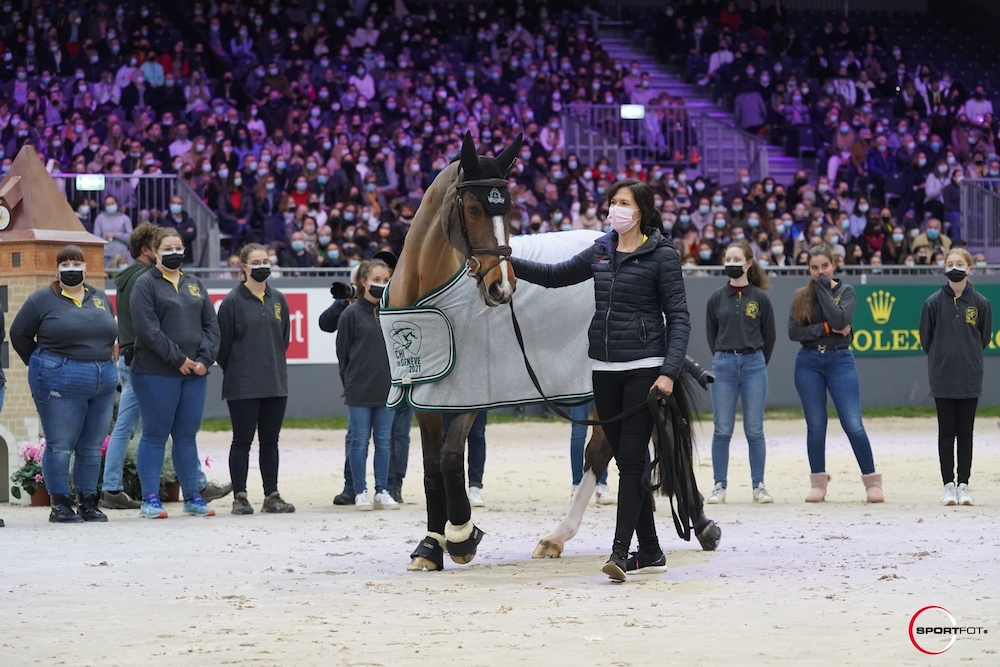 Fine Lady 5 with her groom

The spirit of youth!

If there is one rider who shows that the transition from Youth to Senior events can be done without any problems, it’s Dutch rider Sanne Thijssen! At only 23, Con Quidam RB’s rider wasn’t competing in the U25 events organized in Geneva, but in the 5* events. And the young woman wasn’t there to play bit parts. She won the 1.55m speed event on Saturday evening, four seconds quicker than a certain Martin Fuchs... The Swiss rider, who went on to win the Grand Prix the next day, isn’t known for going slow, so the young rider’s performance is to be highlighted! 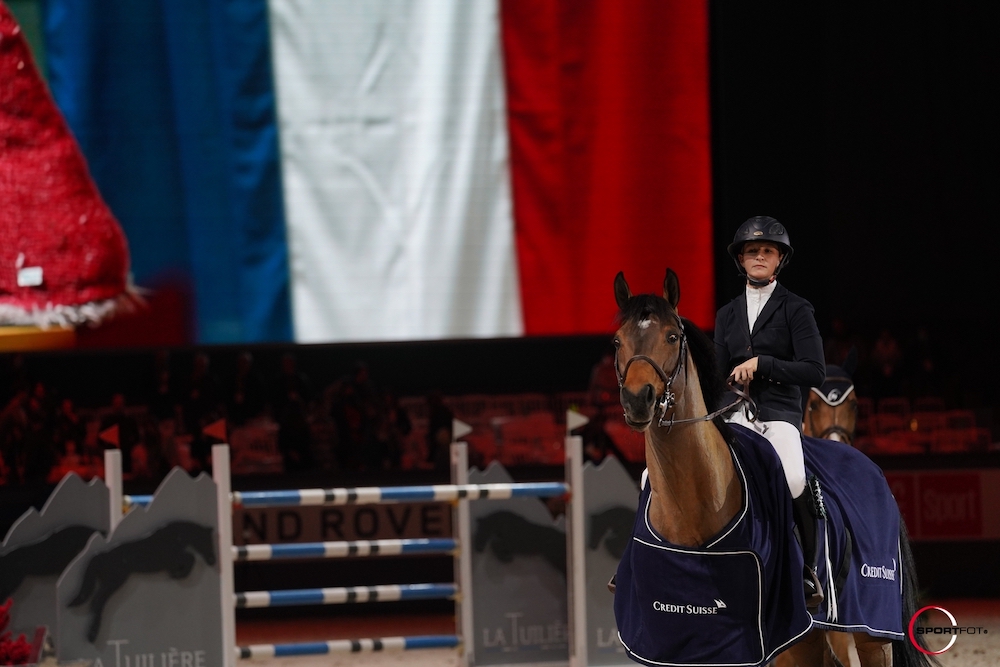 The young generation also impressed in the Grand Prix. Though some of the best riders of the discipline had a hard time overcoming the difficult, but well balanced course, designed by Gérard Lachat. Kevin Jochems (who just sold his lead horse: read here), Jack Whitaker and Ioli Mytilineou had rounds that showed a remarkable amount of serenity for this level of competition, even though they were each penalized by a fallen rail. A special mention goes to young Swiss rider Elin Ott, who is unknown to the public, but who undeniably seized the opportunity offered every year by the Geneva organizers to put the next generation in the spotlight. With her 11th place in the Rolex Grand Prix, the 22-year-old rider has for the first time made her mark among the best. She’s a rider to follow, for sure! 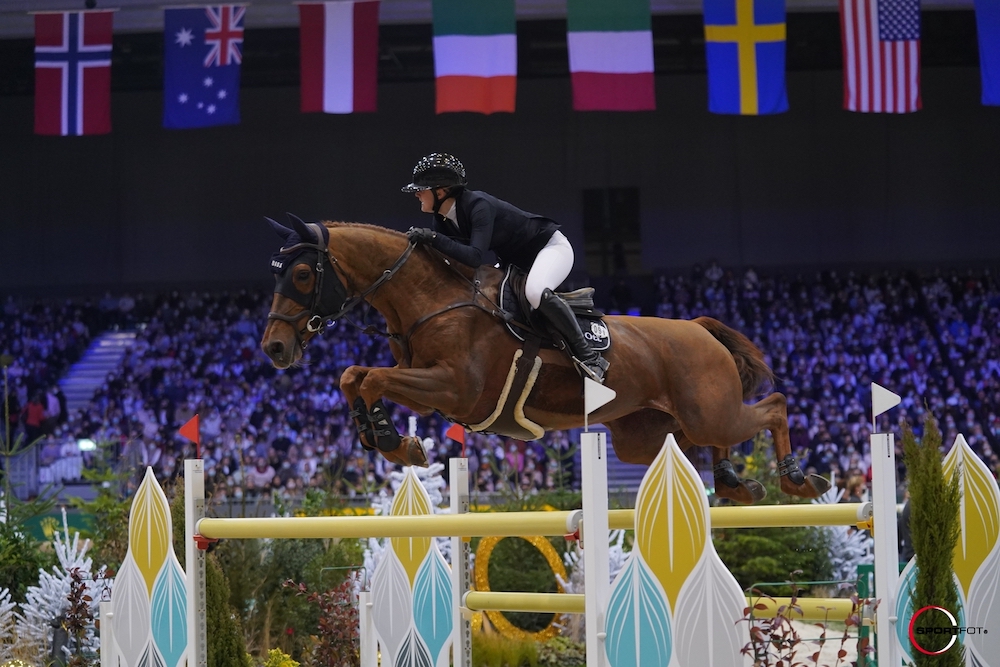 Indoor cross-country: a smooth path to victory for Robin Godel

Late Friday afternoon, the Palexpo arena was emptied of its rails, which were replaced by more than 20 cross-country obstacles. "The same ones you find on the cross-country courses of eventing competitions. This one will be in Saumur, for example," says the French manufacturer Equipobois. This drastic change of scenery from show jumping to eventing (or even driving) was once again an opportunity to admire the efficiency and dedication of the 700 volunteers who make up the CHI Geneva reputation! 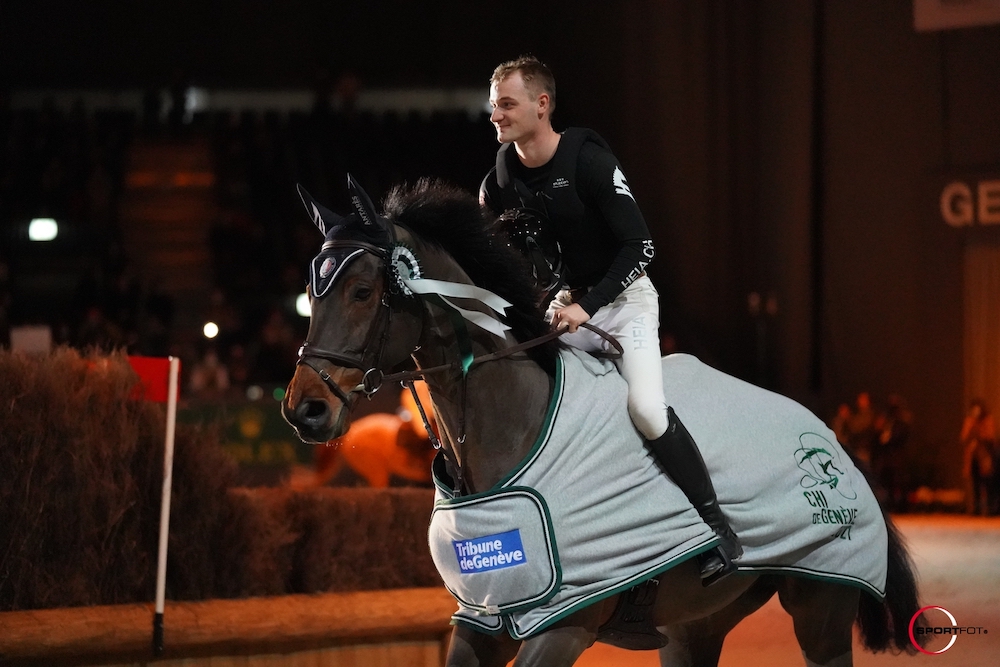 On the sporting side, this indoor cross-country course, which was run on the basis of competitors having the best time, was an opportunity to discover the riding quality of the young Swiss rider Nadja Minder, who placed 3rd with Aquila B (Aqua Minerale Kzi). Karim Laghouag, who had just won the indoor cross-country in Le Mans and who had saddled his faithful mount Punch de L'Esques (Hermes D'Authieux) for the occasion, seemed to be on his way to victory, but that was without counting on Robin Godel’s sense of timing. He won with Grandeur de Lully CH (Greco de Lully CH). The 23-year-old rider, who can already boast one participation in the European Championships, one in the World Championships and one in the Olympic Games (!), completed the course with the closest time to the ideal time of 159 seconds. "Seeing Grandeur able to complete a CCI4*-L without a fault and win here in Geneva highlights his versatility and makes me really proud of him! The horse was still on a break a week before Geneva, I got him back on track and did two or three jumps, but I didn't have any particular preparation," commented the Swiss rider after his victory. "This is the third time that Grandeur has participated in this event, and I had no doubt," concludes the sympathetic competitor, who clearly represents the next Swiss generation in this discipline.

Harry Charles, king of the gymnasts

Can you believe that there are only six obstacles in a course? It’s possible and it’s one of the particularities of the CHI Geneva’s program. Saturday at noon was reserved for the so-called "combinations" event, in which the first round is a succession of combinations. Only the first obstacle is an isolated one, for the rest, the pairs jump the obstacles composed of several elements, one after the other. On the menu this year: four doubles and the traditional quadruple! It wasn’t enough to make the contenders for victory blink in this event which delivered the last tickets for the Grand Prix the following day, and which was won by Harry Charles and Borsato (Contendro) at the end of a 10 combination jump-off. 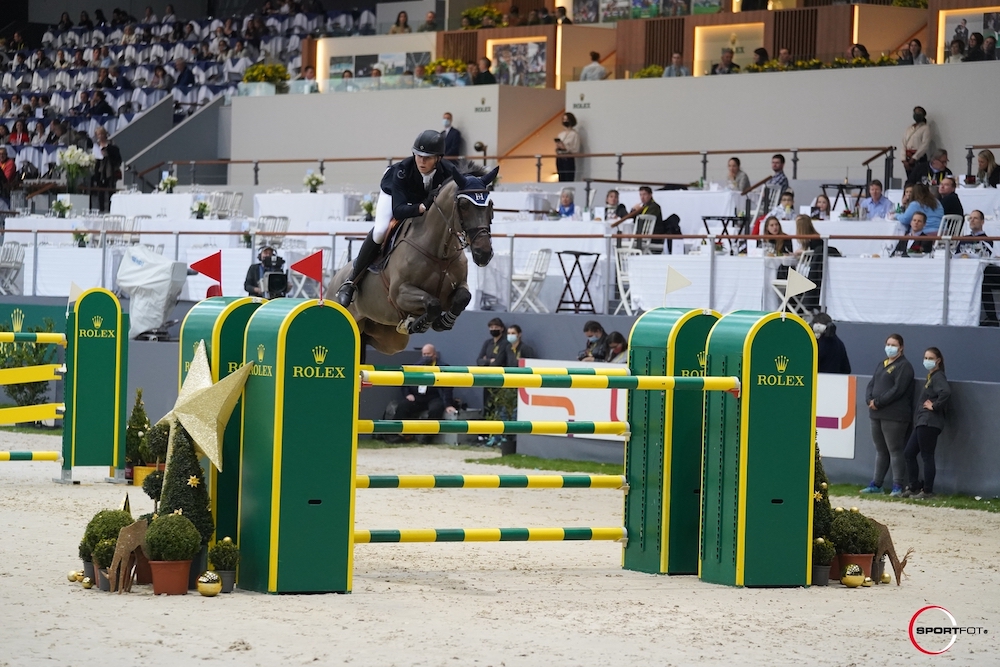 He’s one of those horses that the public always admires. In addition to being one of the most beautiful sons of Kannan, Quabri de l'Isle is also one of the most successful. Revealed in a flash under the saddle of Pedro Veniss in 2014, the stallion has been the Brazilian team’s spearhead for many years. He helped them to a fifth place at the Rio Olympics and gold at the Pan American Games in 2019, in addition to some great 5* Grand Prix victories like Spruce Meadows, Versailles and Geneva. After helping Brazil one last time this summer in Tokyo, Quabri will now devote himself fully to breeding. His rider had chosen Geneva to pay one last tribute to the one he considered to be "his best friend". After a nice speech and a few tears, Pedro and Quabri did their last lap around the arena to the great pleasure of the public. A pleasure visibly shared, as the stallion leapt around the arena, visibly in full form despite his 17 years. Goodbye Quabri! 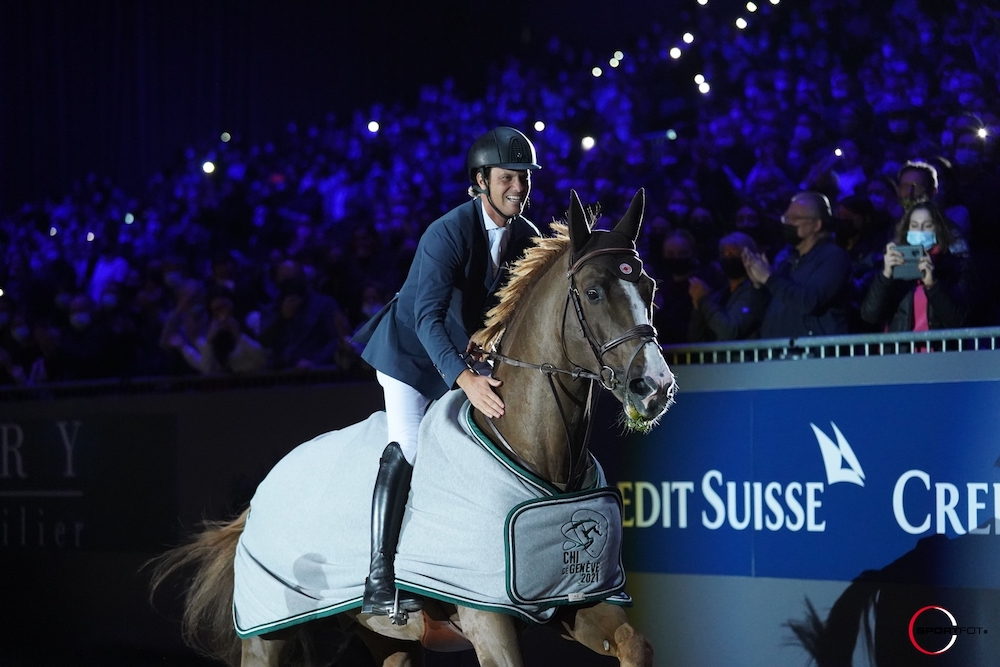