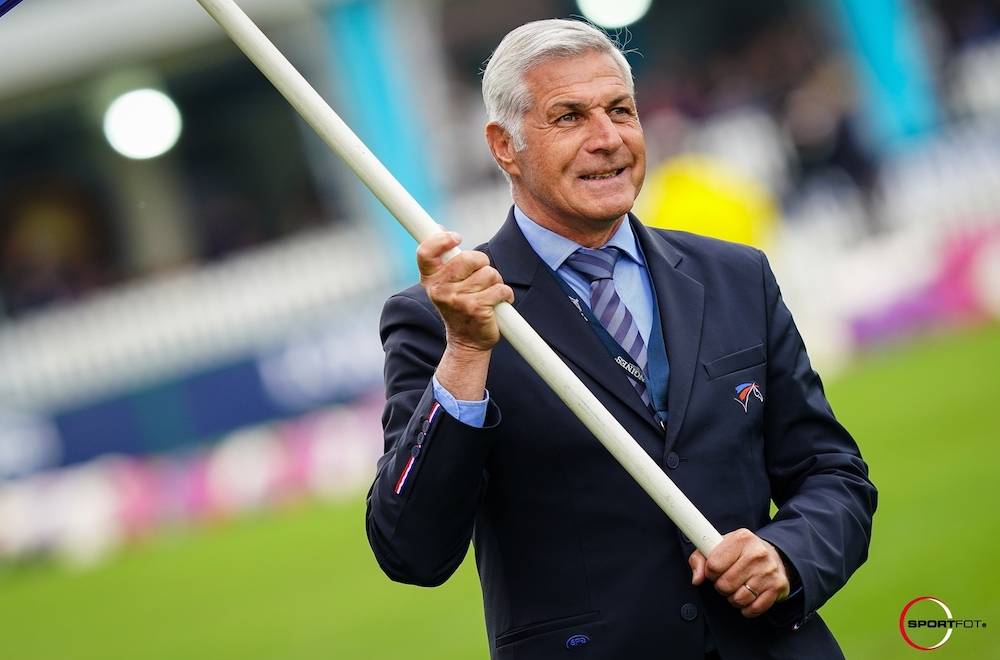 The Nations Cup final should have taken place last weekend in Barcelona. It usually closes the outdoor season to let the indoor competitions take place. With the cancellation of 6 stages out of 13 of the World Cup circuit in the Western European League, and although the final scheduled in Gothenburg has for the moment been maintained for April, the national team coaches are struggling to draw up a program for the coming months. A Studforlife review, with Les Bleus’ coach, Thierry Pomel.

How would you evaluate this outdoor season which has really shaken us all up?

"Our generation has never experienced such a year. First, we had to accept what happened to us throughout this pandemic, and then learn to adapt. In France, we were probably luckier than other countries since we organized a series of competitions at the Hubside Jumping, including CSI5*s. For many French and foreign riders, this has been the flagship circuit of the season."

How did the horses feel after lockdown?

"Lockdown was more than beneficial for both horses and riders. The horses were able to rest, they were less stressed and traveled less. In recent years, all these different circuits have put a lot of pressure on the horses, with competition on the one hand but also with transport on the other. Competitions take place in very good conditions, but the horses travel by plane all over the world. That is enormously tiring for them. During their containment in the stables, the riders have taken the time to look after each horse, and work them quietly while waiting for a return to competition. When I saw the horses after the containment, the result was obvious. Rest is a redeeming factor!"

Many stages of the World Cup circuit have been cancelled but the final is still on. What strategy will you choose this winter?

"We're in the process of deciding! We'll have to make a decision quickly. As every year, two French riders can take part in the indoor circuit. We also have the chance of an additional invitation, so the World Cup stages should be for three riders. There are two who can really qualify considering their performances last year: Kévin Staut and Julien Epaillard. But I hope to be able to give others a chance to have riders in the final."

Villamoura and Vejer de la Frontera are hosting a second division CSIO3* next November, what are your plans?

"We have chosen to send two teams to each of these Nations Cups. We want to seize these opportunities to launch new pairs. The teams aren't made up yet, but our strategy is, as far as I'm concerned, to allow the pairs to shine so that they can enter the first division next year. The idea is also for Édouard Couperie to have the chance to see pairs that he will put on the European circuit in the second league."

Do the French teams still seem to you as motivated and united in the face of an uncertain future?

"Today, we are living from day to day. Riders are preparing and setting objectives for scheduled competitions that could be cancelled at any time. They are still very motivated and are fully aware that a single announcement could cancel a competition. This situation also reinforces cooperation between riders who are trying new exercises, sending each other videos and asking for each others’opinions. Communication has become easy today and it helps, even if sometimes there can be negative aspects to it as well."