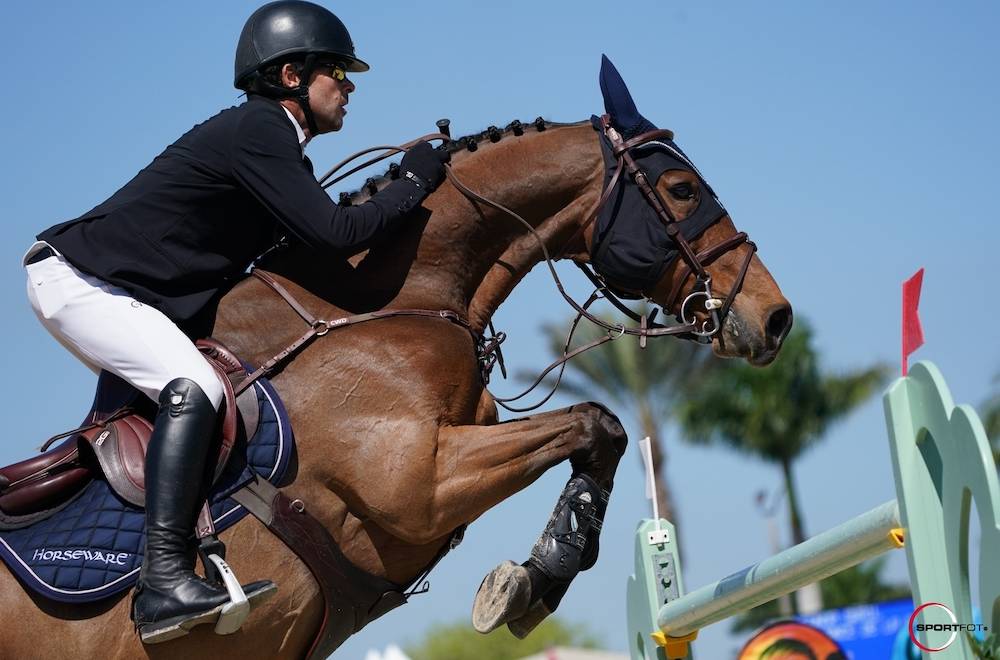 A few hours before the start of the show jumping competitions in Tokyo, we take a look back at the results of the weekend’s international competitions for the pairs who stayed in Europe and the United States.

The state of New-York hosted another CSI4* this week. The Grand Prix victory went to a horse well known to the Europeans and in particular the French: Vital Chance*de la Roque. Born at Marie Bourdin's stables, this son of Diamant de Sémilly was acquired at a very young age by the Hécart family, before being entrusted to Guillaume Batillat and then to Marc Dilasser, with whom he competed in CSI5*. His consistency and competitiveness has created a lot of interest, so much so that he went to the United States at the beginning of the year to join Conor Swail's stables. Here again, the gelding proved himself. He has already won two Grand Prix with his new rider and even won a third one at Saugerties this weekend, ahead of Daniel Bluman and Jordan Coyle.

As usual, Julien Epaillard was the fastest in the jump-off, allowing him to win the Grand Prix of this German CSI3*. He was riding Calgary Tame (Old Chap Tame). Sweden’s Stephanie Holmen on Flip's Little Sparrow (Cardento) and the German rider Janne Friederik Meyer-Zimmermann with Messi van'T Ruytershof (Plot Blue) completed the podium.

In Italy, the Grand Prix 2* podium was taken by Guido Franchi and Quixotic DC (Burggraaf). With a perfect and fast course, the duo won by almost seventy hundredths faster than the second placed rider and one of the few foreigners of the event, the Emirati Al Muhairi Humaid Abdulla Khalifa, riding Tsunami de Hus (L'Arc de Triomphe). He was the only rider who succeeded in getting to the podium between the Italians, since the third step went to Emiliano Liberati and his bay Dooley WV (Ustinov).

Forty pairs were at the starting line of the Donaueschingen Grand Prix . Unsurprisingly, the first places were taken by the Germans who were riding at home. In the lead was Angelique Rüsen riding a product of Marc Vanlangendonck's successful breeding program, Arac du Seigneur (Ogano Sitte). Following her was Patrick Stühlmeyer on Cloudless 2 (Clarimo) and Wolfgang Puschak on Number One 32 (Call Me Number One).

Belgium hosted only one CSI this weekend, the 2* in Bonheiden. The German Tobias Meyer won the first step of the podium of this Grand Prix with Greatest Boy - H (Carrera VDL) with the fastest double clear. He finished ahead of Canada’s Alicia Gadban Lewis on her daughter of Benderas, Beneficial. Third place went to Angelica Auguston Zanotelli, here on Kalinda van de Machtegaele (Epleaser van't Heike).

Denis Lynch won the CSI2* Grand Prix in Peelbergen. The Irishman rode Visa Z, a gelding by Vigo d'Arsouilles that he has been riding for just over a year now. He was slightly faster than the British rider Matthew Sampson on Geneve R (Eldorado vd Zeshoek) and Marcus Ehning with Comme Il Faut (Cornet Obolensky).