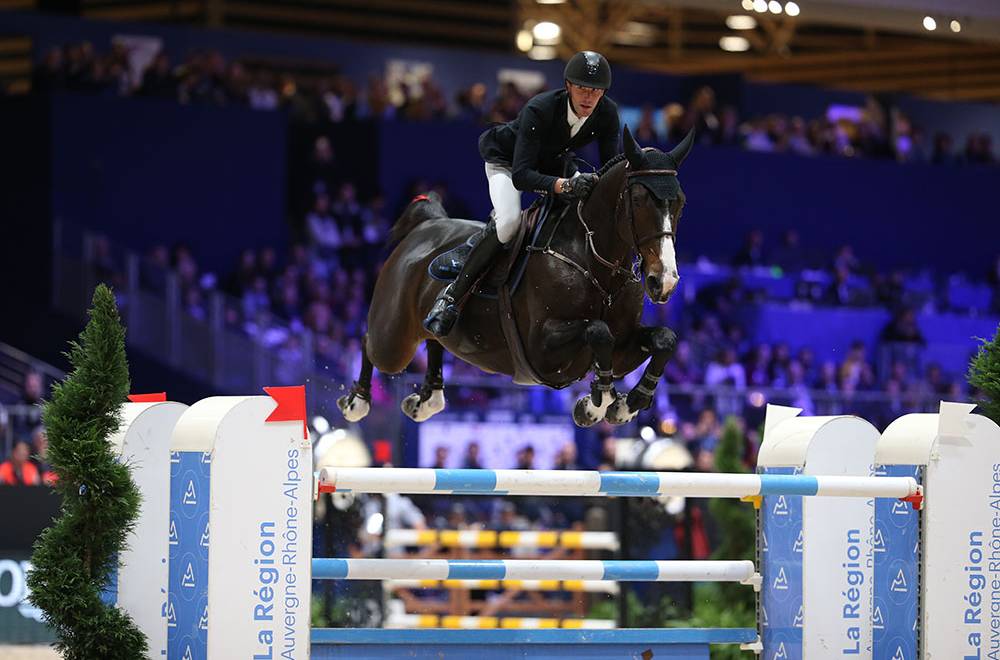 Urhelia Lutterbach (Helios de la Cour II x Emilion) arrived at Kevin Staut’s stables in mid-June with the goal of selling her. It’s a partnership that quickly resulted in great sporting performances: 4th place in the Chantilly 5* Grand Prix, clear in the first round of the legendary Aachen Grand Prix, placed in the Dinard 5* Grand Prix, winner in Valkenswaard and a member of the French team in the Nations Cup Final in Barcelona, before winning the Lyon 5* Grand Prix to round out their collaboration. It’s hard to do better! Spotted at the age of 9 by Grégory Cottard, who insisted her owners buy her, the powerful bay took her first steps toward five-star level by winning the Lier 3* Grand Prix, as well as placing in the Montpellier, Opglabeek and the Megève Grand Prix’s, not to mention their victory in the Drammen Nations Cup before Grégory Cottard himself chose Kevin Staut to succeed him and complete the job. The French mare is leaving her home country and will now compete under the American flag with Kerry McCahill, a student of Irishman Greg Broderick, on the advice of the Belgian, Frantz Ducci.

Even though it is an obvious sporting loss, Kevin Staut knows that this sale also represents the reward for his hard work in recent months: "Urhelia came to the stables in order to be valued and marketed. Thanks to Urhelia, I was able to perform throughout the past 5 months at the highest level and when you can concretize your work through a sale, I have nothing against it. I’m a rider and 100% focused on sport. I've never hid from that. I’m very happy with my system and that is the most important thing to me. I have often heard that I don't sell horses with my way of doing things, but I don't pay much attention to that. Unfounded criticism doesn't affect me. Doing business to do business is of no interest to me, I’m not a trader! I like to take on horses to train them. I think this is the most beautiful example because Urhelia’s sale represents, in my opinion, the effective alchemy between good training, the ability to showcase a horse at the top level of the sport, the skills gathered and the understanding of the different participants of this sale. I’m a sportsman, but the value comes from competing. I hope we can repeat this situation with the Wy stables or other owners in the future."