The Riders Masters Cup Adds a Twist to Tradition 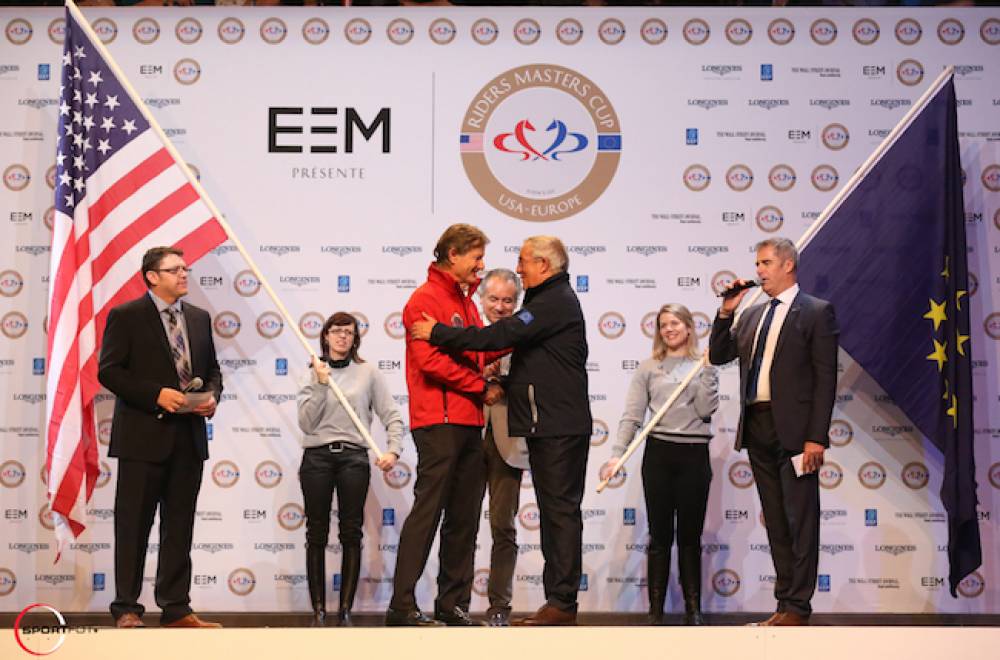 What if a team leader could select his rider based on the strength or weaknesses of a direct opponent? What kind of battle would that set the stage for?

Christophe Ameeuw of EEM World designed the Riders Masters Cup around the idea of a duel that would pit two show jumping super powers against each other to see who comes out as the stronger side.

In the debut edition of the Riders Masters Cup last December, at the Longines Masters of Paris, and during the upcoming, April 28 edition at the Longines Masters of New York, those two superpowers are the USA and Europe. Long lists for both sides of the five-rider teams have already been released. With some of the world’s strongest riders in contention, the stage is set to send Mclain Ward out against Kevin Staut, or Beezie Madden to jump against Peder Fredricson.

The format is this: in round 1, the five riders from each team jump a 1.50m height Table A speed track, with one point awarded to the faster rider of the duel.

And then comes the twist. Round 2 is jumped over a 1 .45m Table C track, and scored over five duels, with the riders competing head to head.

“With this twist, it brings a different strategy, and it’s an element that is very interesting,” comments US Chef d’Equipe Robert Ridland. “The head to head part is unique as it’s who you pick to go against the opponent and what strategy you utilize.”

Having that choice gives the leading side an advantage in strategy, but there’s no telling if it will pay off. In Paris, the USA and Europe were tied until the final duel, when Lorenzo de Luca pulled off a stronger round over Lauren Hough, winning the Riders Masters Cup for Europe.

Chloe Reid of the USA, who jumped the Riders Masters Cup in Paris last year, has some advice for her countrymen preparing for New York: “Keep your plan flexible and do not be discouraged if you don’t win the first round! Our teammate Devin Ryan’s equipment broke during our first round, but he came back to win the second round. Those points were critical to keeping us in the game!”

Thought provoking. Fast paced. And above all, a unique twist on the game. The Riders Masters Cup takes place on April 28, 2018 during the Longines Masters of New York at NYCB Live, Home of Nassau Veterans Memorial Coliseum. Get your tickets here.