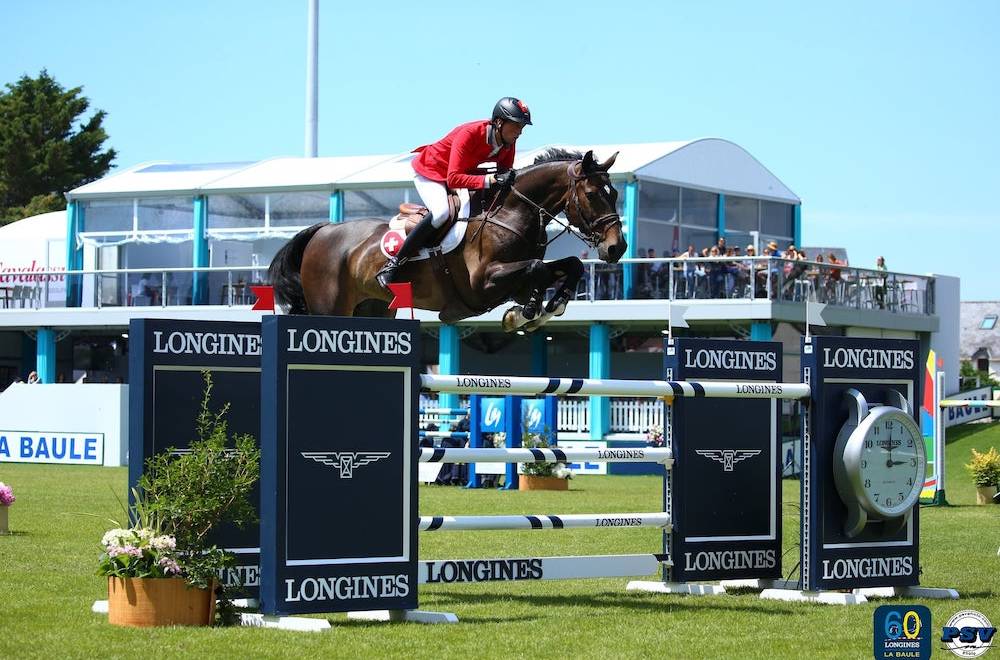 The organizers are holding steady: the CSIO de France is taking place this weekend in La Baule, with a limited number of spectators! While the Grand Prix will be held on Sunday at the François André stadium, the Nations Cup was held yesterday afternoon, with no less than 10 participating nations.

After the teams’ parade, the kick-off happened at 2pm sharp, and what a start! To give an overview of the first round, the first starters quickly set the tone with a clear round for the Italian rider Riccardo Pisani, followed by Jérôme Guéry! However, the Frédéric Cottier designed course was not so simple, with 12 obstacles and 15 efforts. After an oxer which was placed in ninth position followed by a vertical dressed with an often faulty plank, the end proved particularly tricky with the sequence of the water jump, then the double, before crossing the finish line. It caused a lot of trouble for the French clan, with all of them going clean until then: Penelope Leprevost, Olivier Robert and Nicolas Delmotte didn’t escape the trouble... And if it wasn’t fallen poles, the time was also tight, and many riders were fooled like Swedish rider Angelica Augustsson Zanotelli, Irishman Shane Sweetnam and Mathieu Billot. The outcome of this first round was that two nations, Switzerland and Ireland, were on zero, followed closely by Italy and Great Britain with one point.

"The Cup’s double was quite tricky. We, the French, didn't have much luck through it. For my part, during the first round, I put a little too much pressure on my horse to get over it, but the distance was short. I just tapped it and... we had no luck! I corrected in the second round, which allowed me to go clear! The most faults came at the end of the course because we had lots of long lines, and the horses became increasingly unbalanced. In any case, we were all happy to run a Nations Cup on grass and, above all, to be back in an almost normal competition atmosphere with an audience!" France’s Nicolas Delmotte told us, having had the only clear round for his team during this event.

The second round ended with a combination at the end of the course, so it was as treacherous as ever. Few riders really managed to find the key to this double! This second round of the competition was one too many for Sweden, with a heavy score of 26 points added to the five from the first part of the competition, which quickly made the team fall down the rankings. Meanwhile, the lead kept switching between Italy, Switzerland, and Belgium. We had to wait for the last riders of each team to go to see the podium take shape. Due to the pressure, and probably also the heat, Luca Marziana was penalized with a fallen rail, letting the victory slip away. Beat Mändli, riding Dsarie (Connor 48), had conserved himself in the first round and did well! The Swiss rider secured the victory for his team, orchestrated by Michel Sorg and composed of Steve Guerdat on Albfuehren's Maddox (Cohiba 1198), Martin Fuchs with Conner 70 (Connor 48) and Elian Baumann on Campari Z (Contact V.D Heffinck) Italy finished second in this Nations Cup, ahead of Belgium! Currently in La Baule? Don't forget to take a walk through the streets of the city to see a 30-photograph exhibition about the equestrian world: "La Baule Terre d'Équitation". A photographic journey, accompanied by stories from the greatest riders, to be discovered!