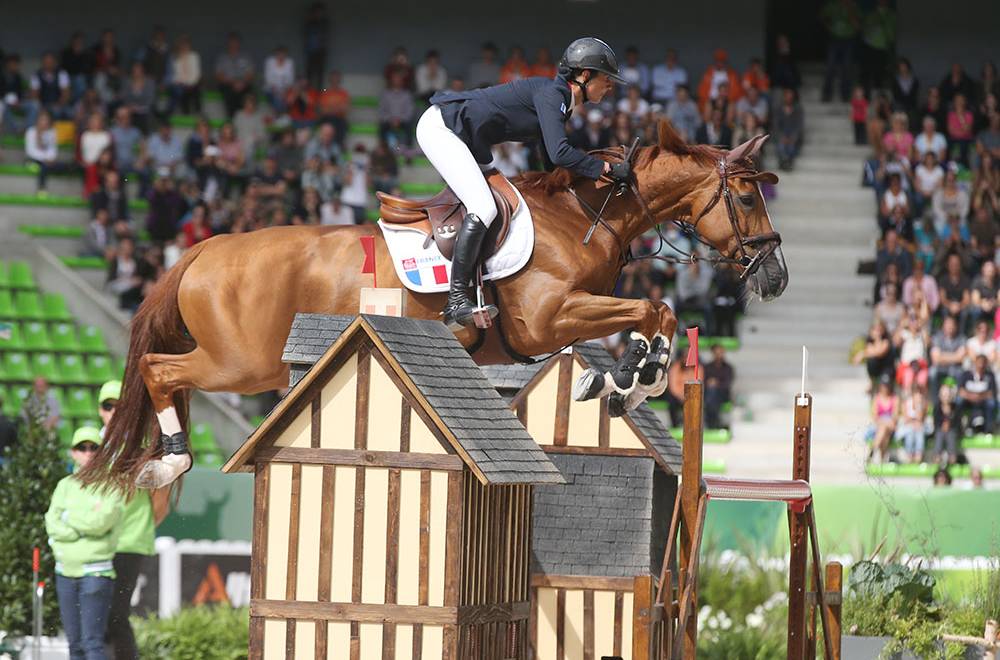 Sad news for the Mégret family, their star, Flora de Mariposa has gone, falling victim to a devastating bout of endotoxemia.

The chestnut leaves behind Ilena de Mariposa and Magriet de Mariposa, who both compete internationally. She is also the granddam of the very popular stallion, Poker de Mariposa.

"It is with deep and infinite sadness and immense heartbreak that we announce the disappearance of our fantastic mare Flora de Mariposa, that has just been torn from us brutally, by a devastating endotoxemia".

A legendary mare, Flora affected everyone who had the chance to cross her path and the many spectators who saw her compete. Gold medalist with the French team at the Olympic Games in Rio de Janeiro, winner of the Lyon and Oslo World Cup Grand Prix and the CSI5* Antwerp Grand Prix, winner of the La Baule and Rotterdam Nations Cups, Vice Champion from the World to Caen with the French team... Twice horse of the year in 2016 and 2017, Flora was an exceptional mare. Together with Penelope Leprevost, she has given her unwavering support to France and makes the heart of the planet horse beat by filling us with strong emotions and happiness".

Beyond her exceptional sporting performances, Flora was an extremely endearing mare with a strong personality that didn’t leave anyone indifferent. She brought us the greatest joys and sporting achievements.

We will always remember her as a magical mare with pure talent, for whom jumping was easy and natural, and who flew over obstacles with extraordinary determination and personality.

Dear Flora, you were the mare of a lifetime, it has been a great honor to be your owners. You will be deeply missed.

Farewell Champion, you are leaving us too soon. Wherever you are now, be happy!

Your life and your image will remain etched forever in the depths of our memories and hearts.