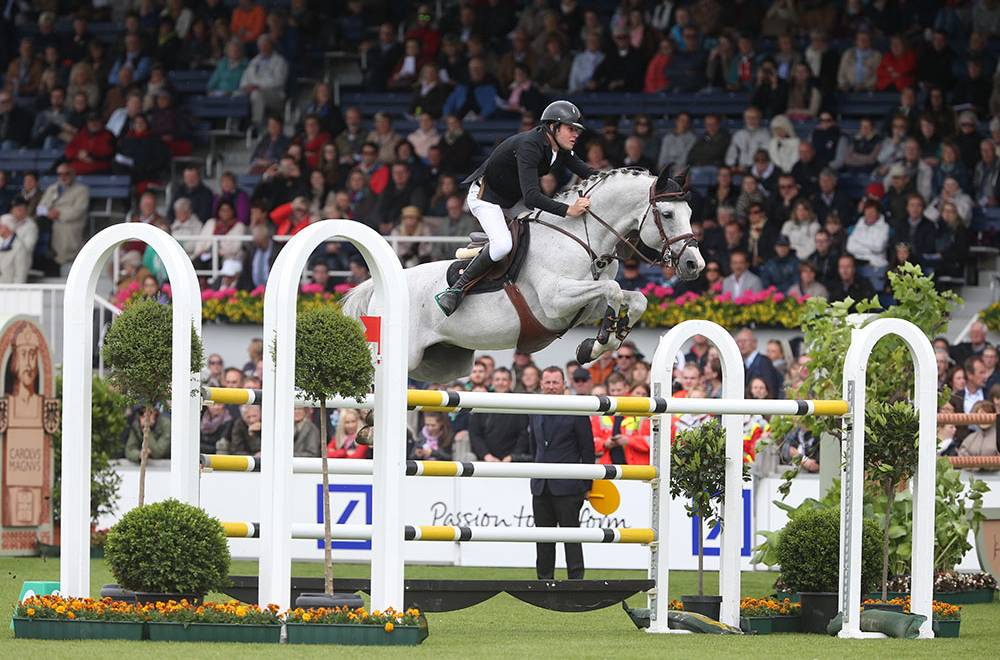 A 5* professional alliance
The Stud Sainte Hermelle chose Ekestrian to present in the auction 12 of its best 3, 4 & 5 yo as well as 2 foals with exceptional genetics for sport! Discover a unique catalog combining the savoir-faire of Elevage Sainte Hermelle and the 5* expertise of Ekestrian auctions.

Elevage Sainte Hermelle : the house of champions!
Many times champion of Belgium in models and paces, the products of Sainte Hermelle are also presented on the French circuit for young horses where they perform like stars. Regularly ranked best breeder and owner at the finale in Fontainebleau over the past 10 years, Raymond Lefèvre, a true horseman and passionate breeder, continues to prove the quality of his breeding by the facts. Thanks to an unrelenting selection and improvement policy, Raymond Lefèvre has built an impressive track record, including:

Renown ambassadors
- Anaya Ste Hermelle (Andiamo): Anaya won her 29th ranking class in April 2019 with top rider Pedro Veniss!
- Citizenguard Toscan Ste Hermelle (Surcouf de Revel): he was for a while the star horse of Constant Van Paesschen. Toscan has won at the highest level and was named Horse of the Year 2014.
- Eras Ste Hermelle (Vargas de Ste Hermelle): worthy son of Vargas and the champion Anaya, Eras is about to become one of the best stallion of his generation!
- Vargas Ste Hermelle (Ogano Sitte) : thanks to the top quality of his production, Vargas was elected best producer of young horses as a percentage of births in Fontainebleau in 2017.

An overview of the auction catalog
From the amateur horse to the GP champion, get yourself a unique horse, bred for sport with exceptional genetic for breeding, proved on the field since 1977.

You don’t want to miss those future stars!

What can we do for you?
You wish to receive the full catalog of the exclusive auction Sainte Hermelle? Plan a trial or a visit at the stud?
Contact the Ekestrian team at +33.7.86.32.75.17 or [email protected]

Don’t miss the Ekestrian Elite Auction on the next 18th and 19th of June: young horses of 2 and 3 years old, foals of the year and broodmares with top origins for showjumping!