Star-Studded List to Compete at Longines Masters of New York 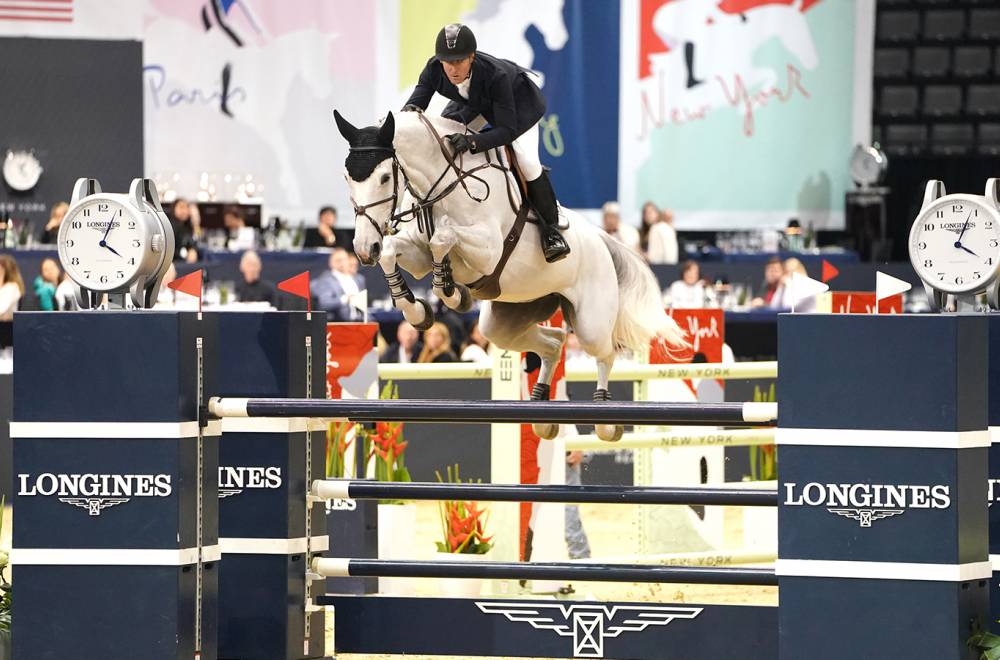 The Longines Masters of New York, Act III of Season IV, is quite rich in titles and medals. Headlining the event is the defending champion of the Longines Grand Prix of New York, World Champion, Olympic Champion, World Cup winner and former world number one – still number two today – the New Yorker McLain Ward. Many medalists of all types will accompany him. The audience at the NYCB LIVE Nassau Coliseum - a place truly dedicated to sport since it is also the headquarters of the New York Islanders hockey team - is guaranteed thrills from April 25 to 28.

What do McLain Ward, Beezie Madden and Leslie Howard (USA), Mario Deslauriers (Canada), Beat Mändli (Switzerland) and Rodrigo Pessoa (Brazil), all present in New York in two weeks’ time, have in common? They all won the World Cup! And the six riders actually have nine titles between them, since Beezie Madden won it twice (and was again the best American representative at the recent final inGothenburg 10 days ago), while Rodrigo Pessoa scored a hat-trick in his time with the great Baloubet du Rouet. The coach of the Irish team, motivated by the prospect of next year’s Olympic Games in Tokyo - a title he won in 2004 in Athens – has chosen the Masters Two of New York for his return to the top level.

Other Olympic Champions or medalists who will be at the start in New York: we are talking again of Beezie Madden and McLain Ward, but we can also mention the Swiss Pius Schwizer, a former team bronze medalist, his compatriot Beat Mändli (silver medalist) or Kent Farrington and Lucy Davis, team silver medalists at the last Olympic Games in Rio (with McLain Ward and Beezie Madden again). We can also name the world No. 4 (long No. 1) and European runner-up Harrie Smolders of the Netherlands, or Devin Ryan and Adrienne Sternlicht, reigning World Champions (withMcLain Ward again, definitely everywhere) in Tryon last September.

Not to be forgotten is the young guard, namely the Riders Masters Cup ‘‘U25’’ riders, Lillie Keenan (USA) and Edward Levy (France), whose multiple invitations to the Longines Masters have allowed him to boost his progress towards the top level, finishing sixth in the Grand Prix of the Longines Masters of Paris last December. In the context of a ‘‘Young Guard’’, we must also mention the Belgian Olivier Philippaerts, who, at 25 years old, is already one of the big names on the international circuit, as was recently shown by his seventh place in the final of the Longines FEI WorldCup in Gothenburg. These three riders will not be the only representatives of this ‘‘rising’’ generation of world show jumping: Jennifer Gates (USA), Nayel Nassar (Egypt), Pieter Clemens (Belgium), and Karen Polle (Japan) will all be keen to consolidate their place among the best in the world.

If McLain Ward will obviously be there to defend his title in the Longines Grand Prix, the Canadian Erynn Ballard will also be there to try a New York double in the fastest event in the world, the Longines Speed Challenge.

It is therefore an impressive and prestigious list of names, a hall of fame in itself, that will thrill the magnificent hall of the NYCB LIVE through the events specific to the Longines Masters, ‘‘invented’’by Christophe Ameeuw and ‘‘designed’’ by Frank Rothenberger, which multiply the beauty and passion of this sport already sublimated by these great champions, horses and riders. These flagship events will delight the New York public from April 25 to 28, who will be able to gather on Friday evening for the Longines Speed Challenge, enjoy the Masters Power and Riders Masters Cup on Saturday, and finally see all these champions compete at the highest level in the world: the Longines Grand Prix on Sunday afternoon.