No more parades for Catwalk IV 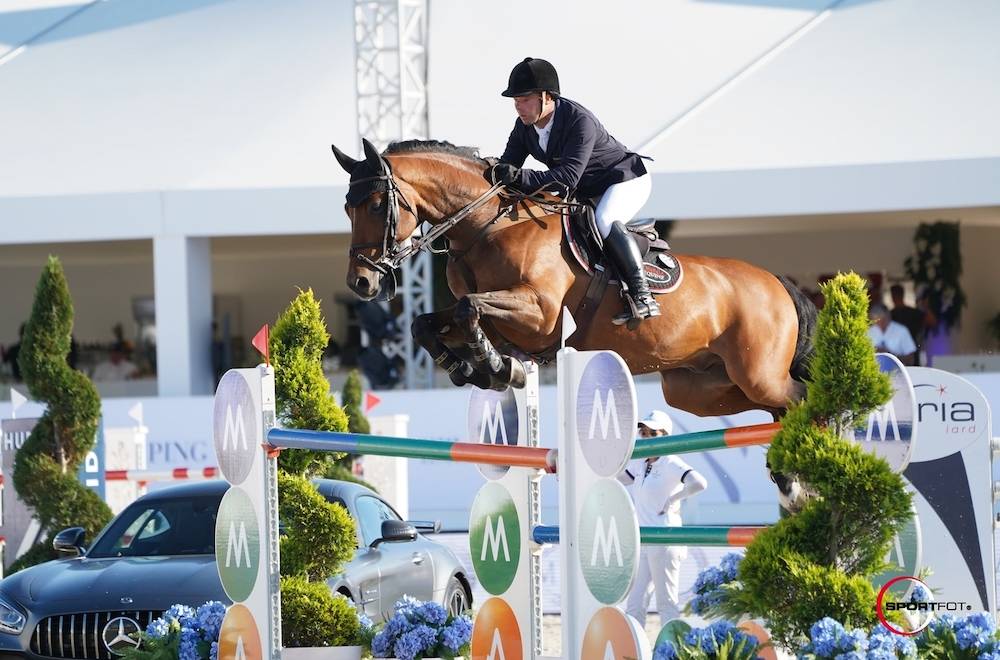 On the eve of his 19th birthday, after a long and successful career that has often taken him to the prize-giving ceremonies of the world's biggest events, Catwalk IV (Colman x Corleone) has bowed out of the sport. This is what his rider, Robert Whitaker, announced a few days ago on social networks: "Catwalk is a member of the family and he owes us nothing - he taught me so much these last few years - we shared difficult moments but also successes. It was very important to us that he finish his career at his best and then enjoy his retirement."

Although he has spent his entire international career in British colors, Catwalk was born in Germany to Lothar Völz. He started out in the young horse classes with Uwe Carstensen and gradually made a name for himself with his jumping ability, albeit never the easiest horse to ride. At the end of his training years, he finally caught the eye of Thomas Fuchs and Steve Guerdat. Guerdat tried him out and then bought him... But he never rode him! As he told our colleagues from World of Showjumping, the Swiss rider had to go out on tour without his new horse, since the deadlines for completing the paperwork were too tight. However, he met Robert Whitaker on the spot and told him about the great horse he had just acquired. Robert went to see him and did not leave without him. However, it was not planned for the horse to remain to the end of his days in the British rider’s stables. Once he had reached the top level, Robert was planning to sell him on, but by chance or perhaps because the price was too high, the couple never parted ways. In total, he has won more than 20 international events, the best of which were undoubtedly the 5* Grand Prix in Lausanne and Helsinki in 2016 and 2019. They were accompanied by numerous rankings in Nations Cups, World Cups, and Puissances... At eighteen years old, the gelding will now enjoy a well-deserved retirement in his rider's meadows. All in all, a beautiful story of longevity at the highest level, just like the Whitakers know how to do!