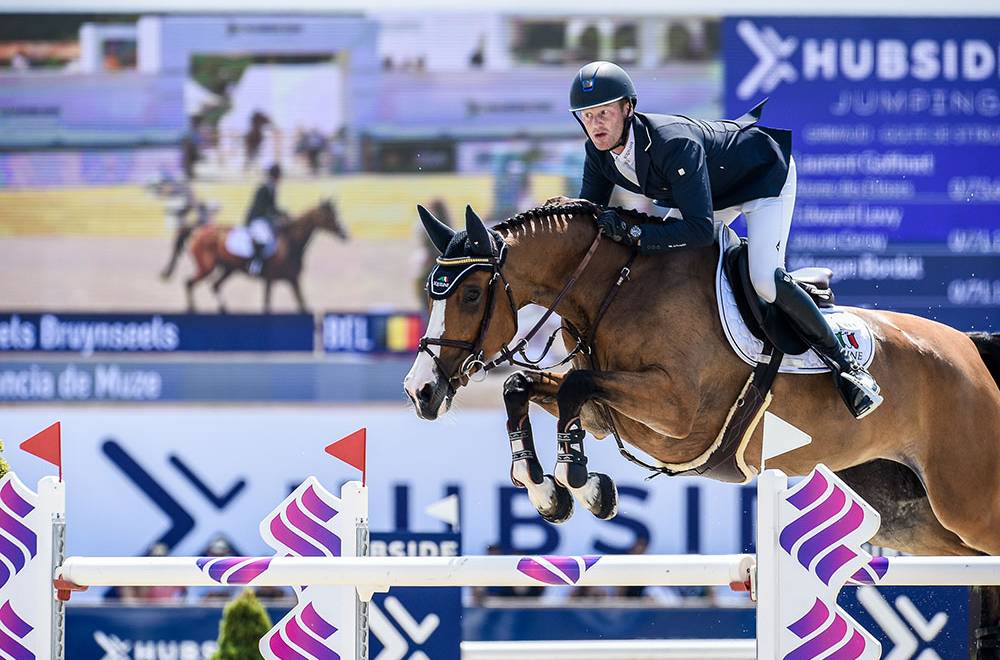 "I know that Gancia can be very fast, but with competitors like that you can't say that these events are easy (laughs). I tried to take every possible risk. I had a few scares when I saw that some riders were dangerously close to approaching my time. Really, our victory wasn’t secure... But there’s no word strong enough to describe Gancia. This mare is incredible. She has won everything throughout her life, and even the long containment break couldn’t stop her in her tracks. These past few weeks at Hubside Jumping in the South of France have been very positive. Everything is perfect here: what is on offer for horses and riders, in terms of facilities, is absolutely flawless. And what the organization is doing for the sport is to be applauded, really. Thank you to the whole team!"

A few hours earlier, American rider Julie Welles won the 2* Grand Prix in the same arena on Ambra (Quintender) ahead of the French duo, Pénélélope Leprévost and Juilen Epaillard. The Normandy-born rider was riding Careca LS (Caruso La Silla), who is none other than the son of Rebeca LS who shone the week before with Edward Levy in the same arena.

In Royan, Nicolas Deseuze and Stella du Preuilly were the only ones able to sneak between the British riders, taking 2nd place in the 2* Grand Prix which was won by Laura Renwick and Dublin V (Vigaro). Lilly Attwood on Cor-Leon vd Vlierbeek Z (Calvaro Z) and Jack Whitaker on Valmy de la Lande (Mylord Carthago*hn) were 3rd and 4th respectively.