The most important show jumping event in Asia is back in Hong Kong! 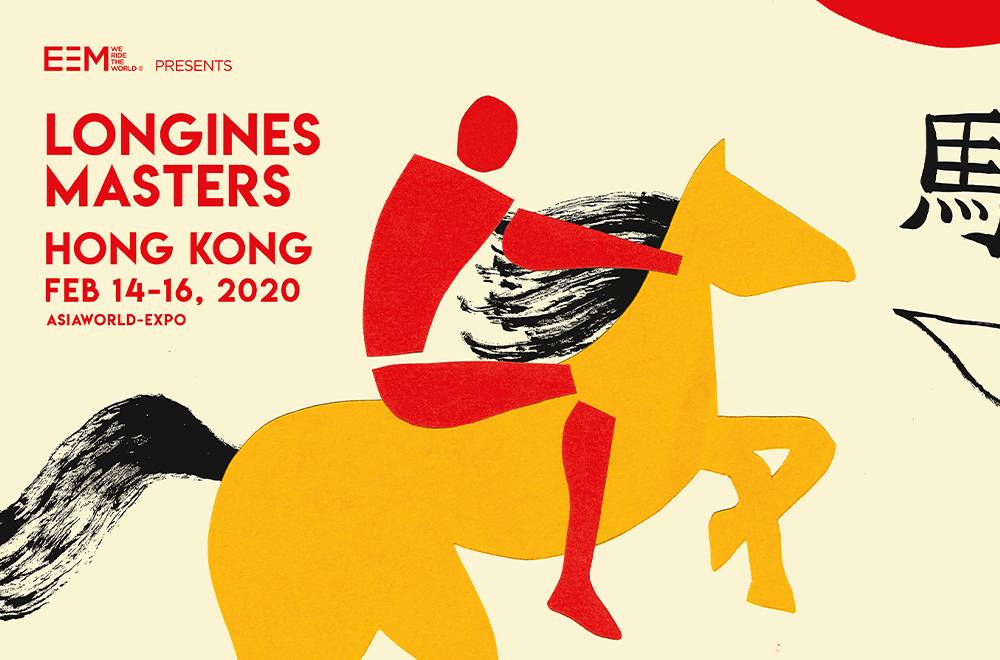 Launched in March 2013 by founder and President of EEM, Christophe Ameeuw, Longines - Title Partner, Official Timekeeper and Official Watch, and the Hong Kong Jockey Club - Founding Partner, the Longines Masters of Hong Kong immediately established itself as a major international event on the sporting calendar. A real driving force for equestrian activity in Asia, the continent's first 5* show jumping event will take place at the AsiaWorld-Expo from February 14 to 16, 2020. The event is being held as part of Asia Horse Week, which was also launched by EEM, Christophe Ameeuw and the Hong Kong Jockey Club, and which will also host the Asian Arabian Horse Show for the first time.

The best of sport and entertainment - the Longines Masters’ signature

Highlights of these three days of great sport

With a total prize pool of $650,100, the Longines Masters of Hong Kong is unquestionably the best endowed of any competition in Asia.

The Longines Grand Prix of Hong Kong
The premier event that closes out the three days of competition, the event that determines the champions! Set over a course with Olympic heights of 1.60m, the riders compete against each other with a super prize pool of $400,500.

The Longines Speed Challenge
A real-world Speed Championship, it is run over a 1.50m course and has a prize pool of $100,000.

The HKJC Trophy & HKJC Asian Challenge
The Masters One event allows Asian riders to compete at the same time as the best riders in the world. The Hong Kong Jockey Club Asian Challenge rewards the top three Asian riders who will get to share a supplement of $31,980.

The DBS Trophy, the Hong Kong Jockey Club Race of the Riders or the Asia Horse Week Trophy.

In addition to the pool prizes offered for each individual event of the Longines Masters Series stages, "bonuses" are a significant source of motivation for the best riders in the world. A super bonus of 2.25 million Euros is thus planned for the rider who succeeds in winning all three Grand Prix classes of the series in sequence: Hong Kong, Lausanne and Paris; a bonus of 1 million Euros awaits the one who achieves three consecutive victories in the Grand Prix classes (regardless of the city in which they have first won).

The Longines Speed Challenge Series also includes a €50,000 bonus for the fastest rider of the season (the results from the Hong Kong, Lausanne and Paris Longines Masters will be taken into account for this end-of- season ranking). Finally, each Masters Power event promises €10,000 to the riders for each of their clear rounds over 2.05 meters. The €10,000 is to be shared between all riders who clear more than 2.05m.

Asia Horse Week brings together riders, owners and key players in international equestrian sports, and is an unmissable forum for an entire continent. It revolves around three main themes: “The highest dreams", "The Development of Technologies in Horse Care", and “The History and Evolution of the Arabian Horse”. Speakers include Dr Christopher M Riggs, Chief Veterinary Officer of the Hong Kong Jockey Club, Sabrina Ibañez, Secretary General of the Fédération Equestre Internationale, Dr David van Doorn of the European Equine Health and Nutrition Association, and Michelle Wang, Founder and Managing Director of the Equuleus International Riding Club. As part of Asia Horse Week, the first ever Asian Arabian Horse Show will be held in Hong Kong - a breed championship that will showcase the best sires and dams in two age categories.

The Longines Masters in Hong Kong is definitely intensifying, year after year, with equestrian activity coming to the fore in the midst of an Asian boom. With the inclusion of the Arabian horse in the event's program, the 2020 edition promises to be more innovative and inclusive than ever!