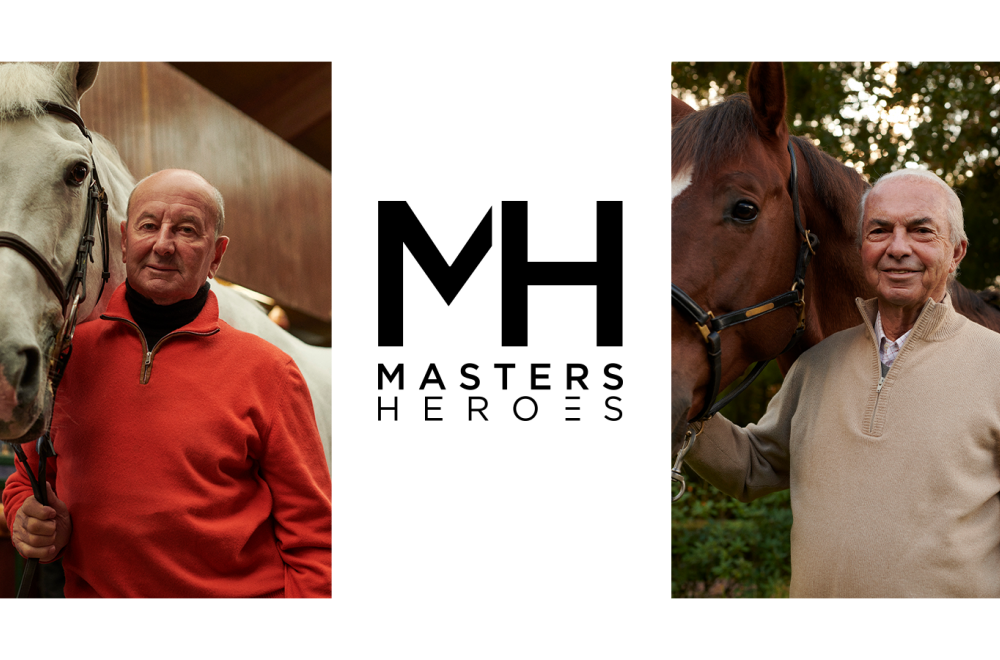 EEM World encourages and supports the talents of tomorrow, but also draws inspiration from great talents, those who have made it into the history books of global show jumping. For the 11th edition of the Longines Masters of Paris, the organizer’s will pay tribute to two major figures in equestrian sport in recent decades: Marcel Rozier of France and Nelson Pessoa of Brazil.

Born a few months apart; December 1935 for Nelson Pessoa, and March 1936 for Marcel Rozier, almost 10,000 km from each other, the two men took the same path, choosing to focus on horses, which led them to the most prestigious competition grounds in the world, and multiple medals as well. The Brazilian Nelson Pessoa and the Frenchman Marcel Rozier, are today, at 83 years old, still true legends, admired and respected by all. First-class riders themselves, both men are also fathers to great champions who continue the family equestrian tradition. Beyond their sporting performances, these two men have been able to pass on their talent and values to their sons, but also to many pupils. Good blood doesn’t lie…

Nelson Pessoa, the “Brazilian Wizard” - important dates:
. December 16th, 1935: born in Rio de Janeiro (Brazil)
. 1956: his first Olympic Games participation
. 1961: Nelson Pessoa left Brazil to settle in Europe (in Geneva first, then Chantilly and finally Hanret in Belgium)
. 1966: Winner of the European Show Jumping Championship
. 1992: He was the oldest rider at the Barcelona Olympic Games (56 years old), while his son Rodrigo was the youngest (19 years old).

“It gives me great pride to see my career honored",  Nelson Pessoa

The Longines Masters 2019 Masters Heroes will honor your prestigious career. What do you think of this tribute?

Nelson Pessoa: It is with great pride that I get to see my career honored, even more so from the Longines Masters of Paris, a competition that I helped to found ten years ago, with Christophe Ameeuw. And being honored alongside Marcel Rozier makes all the more sense. We more or less started together and competed against each other for many years. Marcel is one of my few friends from those competitive years.

The Masters Heroes pays tribute to the rider, and also the trainer you’ve been. Where did your riding talent and passion for show jumping come from?

Nelson Pessoa: No one rode horses in my family, except my father who started riding late at 35, and he started participating in jumping competitions. He’s the one who gave me a leg up and passed on his passion for horses to me. He stayed as an amateur rider and had a business career as a Real Estate Agent in Rio de Janeiro. And I've made horses my life.

Was it important that your son ride like you?

Nelson Pessoa: Yes, but with caution. I know the profession very well - high level sport and its difficulties. I must admit, I’m relieved my son has also become a brilliant rider. If he hadn't had the talent and success he’s had, then maybe my answer would’ve been different.

What are you most proud of with your relationship between you and Rodrigo?

Nelson Pessoa: His entire career and the duration of such a career. Rodrigo has systematically been able to bounce back and find good horses. He started too early: at 17, he was already competing in World Championships, and in ten years, he won everything! Then Rodrigo started his family and had children, which obviously led to changes to his sporting life. Despite all this, he remains a great rider, who continues to compete at the top level, which makes me particularly happy.

"My primary satisfaction? The success of my three children,” Marcel Rozier

What does this tribute from the Masters Heroes represent?

Marcel Rozier: Sometimes I wonder if I deserve it. (smile). I’ve had a long career, full of satisfaction, but also a lot of difficulties, like any sportsman. So if others feel that this career deserves to be honored, I'll take it (laughs). Obviously, I don't regret anything and especially that I’m still active, despite my age. I’m lucky that two of my three sons do the same job as me, working in the same establishment that I founded, the Espace Marcel Rozier, which contributes to my happiness today. I’m so proud of this Marcel Rozier space that I created from A to Z, without sponsors or patrons, all thanks to my success in sport and a certain knowledge in the purchase of horses.

Where does your passion for horses come from?

Marcel Rozier: I come from a family of seven children and no one rode horses! My father had a small farm in Ain and was a cattle trader. He sold cows and horses. From the earliest age, 5 or 6, I got on the ponies' backs, riding in the fields, and everything started like that. I then observed a lot - riders like Nelson Pessoa, whom I learned a lot from. Nelson, he was really a phenomenon, and it was wonderful to ride with him!

Your passion has been passed on to two of your three boys. Does it give you additional pride to have passed on the jumping virus?

Marcel Rozier: When you’re passionate about your job, you naturally want your children to do the same thing. Competing in top-level sport as I have, requires sacrifices: you keep getting off one plane and back on another, you’re never at home, you don't often see your family. My life might not have been attractive to them at all. But they were raised by my wife and stepfather, who was also a horseman and who contributed to their passion. The rest they learned by imitating others and myself.

Your son Gilles is a cabinetmaker at the Espace Marcel Rozier, your sons Thierry and Philippe are members of the French team, Philippe is even the reigning Olympic team champion. What are you most proud of?

Marcel Rozier: When Philippe won the title, it absolutely touched my heart. There are no words to express what I felt forty years after my own title in Montreal. But my main satisfaction is the success of my three children, to have them continuously by my side, in facilities that carry on my legacy.