Martin Fuchs gets everyone to agree in Dinard 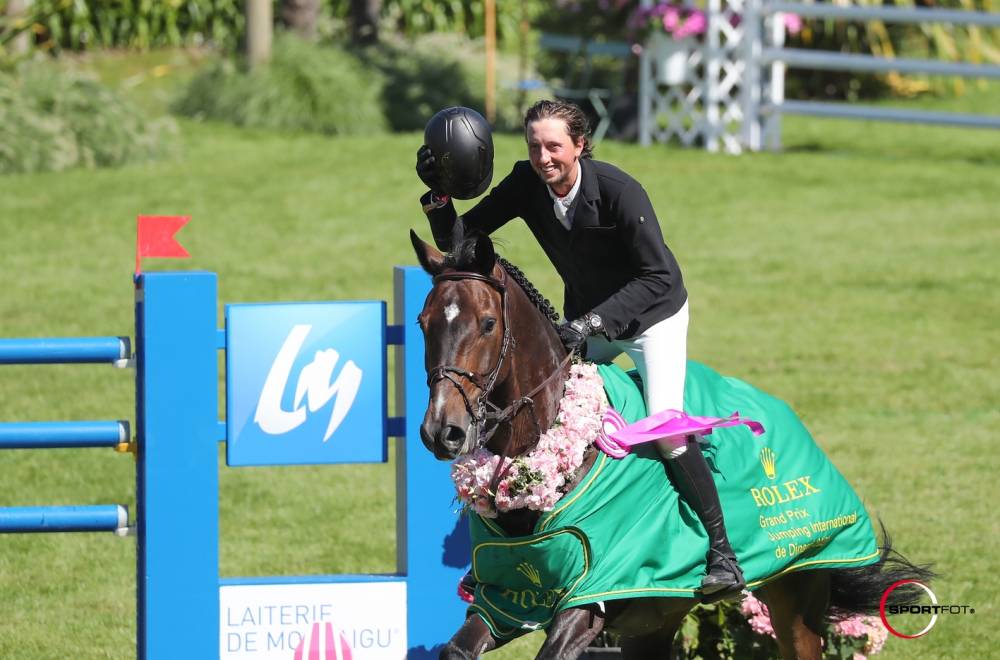 All eyes were on the CSI5* in Dinard last weekend, but other international competitions were also taking place all over the world. As it does every week, Studforlife offers you a look at the results.

Martin Fuchs is successful in French competitions! After a third place in the CSIO5* Grand Prix in La Baule and a second place in the CSI5* Grand Prix in Chantilly, the Swiss rider won the major event - the CSI5* in Dinard. At 2:30 pm on Sunday, the 44 pairs competing in the 1.60m Grand Prix in Rolex colors were given the go-ahead. After the first two rounds with no faults, the course designed by Jean-François Morand proved to be very difficult. Only seven riders found the key to the perfect course.

Riding Conner 70, the World No. 2 won with the fastest double clear round. They were closely followed by Denis Lynch and Cristello. Third place went to Christian Ahlmann on his impressive gray, Clintrexo Z.

First reaction of the winner:

There was an American triple in the $230,000 CSI5* Grand Prix in Traverse City, host of the first stage of the Major League Show Jumping. Alex Granato won ahead of Kristen Vanderveen and Kyle King, riding Carlchen W (Chacco Blue), Bull Run's Risen (Utopia) and Coffee To Go (Cinquecento 7) respectively.

In the CSI4* Grand Prix in Valkenswaard in the Netherlands, Egypt’s Abdel Said won on Arpege du Ru (Apache d'Adriers). Laura Kraut and her gray Confu (Contact Me) took second place with a double clear round, as did Jack Ansems and Fliere Fluiter (Zirocco Blue).

We remain in France, but in Canteleu this time for another CSI2*. The 1.45m Grand Prix was won at home by Titouan Schumacher riding Eliot Brimbelles Z (E T Cryozootech Z CL). The pair was ahead of Damien de Chambord / Aicha de Coquerie (Corofino 2) and Guillaume Batillat / Come On Di Gisors (Tresor).

In the CSI2* Grand Prix in Herzlake, Germany, victory went to Mario Stevens, riding Starissa (Stakkato Gold). The pair was ahead of Gerrit Nieberg on Ben 431 (Sylvain) and Marco Kutscher on Lacasino (Lordanos).