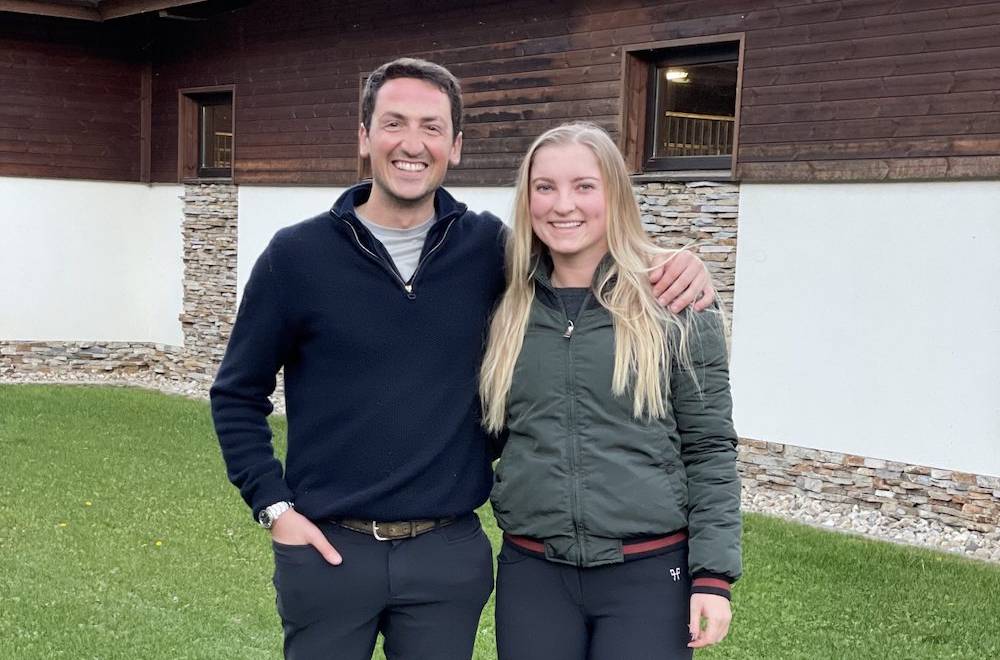 A few days ago, Lorenzo de Luca announced that he was leaving Stephex Stables, without specifying what he would do next. The mystery is over: he will now work for Britain’s Emily Moffitt and Poden Farms. The young rider was previously trained by Ben Maher, who has been helping her to step up from Junior to 5* events for the past five years. She has competed in several Nations Cup and Global Champions League events with the London Knights team, of which Poden Farms is a major sponsor. After several good results this season, she was named a reserve rider for the Olympic Games in Tokyo before riding her first Senior Championships in Riesenbeck.

Emily Moffitt, 23, has sights set on the Paris 2024 Olympic Games. "It is now time for a new beginning and Lorenzo's appointment will take Emily and Poden Farms to the next level. He has a formidable track record, not only as a rider but also for successfully producing young horses", said Neil Moffitt, Emily's father and owner of the stables. Their collaboration has already started: Lorenzo is engaged in the Samorin CSI2* with F One Usa (Toulon) who was riding with Emily until now.

As for Ben Maher, things shouldn't change too much for him since he hasn't ridden Poden Farms horses in competition for a while. His star mount Explosion W (Chacco-Blue) as well as Madame X (Continio) and Concona (Conthargos) were bought several months ago by his loyal owners: Pamela Wright, Charlotte Rossetter and Jane Forbes Clark.