The horses are well and have landed in Hong Kong 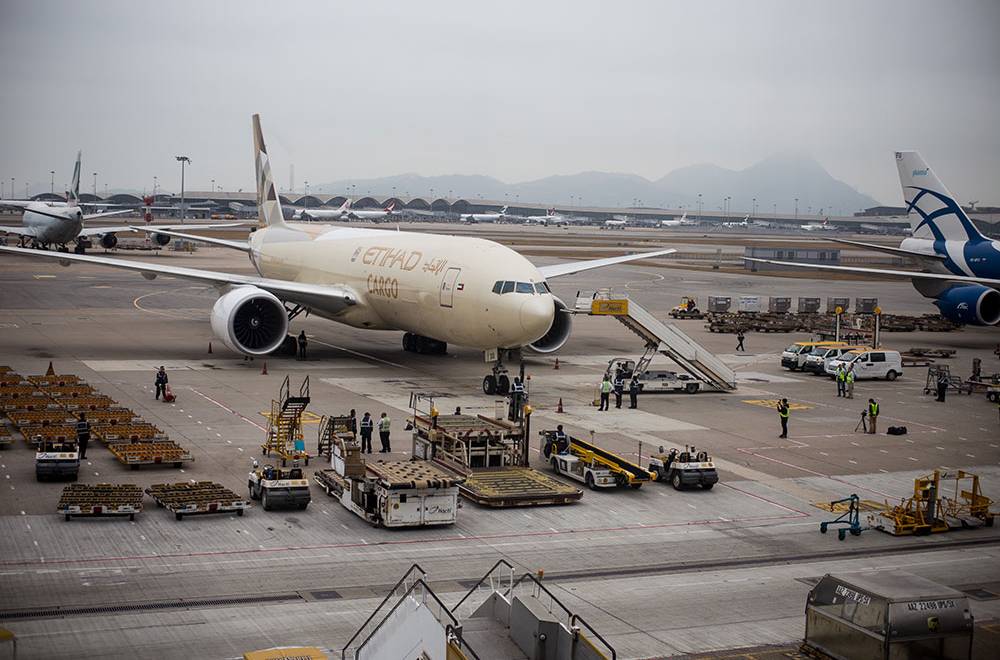 Among these sixty-three horses are a lot of the international show jumping circuits’ great stars, such as Ayade De Septon*HDC with whom French champion Kevin Staut will attempt the double in the Longines Speed Challenge after their victory in Paris. There‘s also Basta, the stallion with whom Hong Konger Jacqueline Lai, who is Asia’s best chance at this Longines Masters, was selected for the Tryon World Equestrian Games.

Frédéric Pignon's dancing horses, Iberians Phoebus De Barral and Talento De Courenne will be on the same plane to present the AsiaWorld-Expo audience with a moment of equestrian magic that only this French trainer, accompanied by his wife Magali Delgado, is able to offer.

Seven horses from the Ecuries d’Ecaussines were also on board for the flamboyant HKJC Race of the Riders and the Asian Junior Challenge. Most of the infrastructure, the same as in Paris, arrived a few weeks ago by sea freight so that the assembly of the magnificent installations that are the hallmark of this Longines Masters series, as well as a few tons of equipment such as a thousand bales of wood chips for horses bedding, one hundred and fifty bales of hay and even 1.2 ton of sand to finish the grounds, could be completed in time.

The Australian rider, who was in the race for the Grand Slam Indoor of Showjumping, unfortunately had to forfeit act II of Season IV. Vinchester, the Grand Prix horse she was preparing for this event has experienced a slight drop in form and she felt that he would not be fit enough to take up the challenge at the Grand Slam. These are the risks high-level riders deal with. However, the quality of the Longines Masters Hong Kong line-up remains high with three former World No. 1s, Olympic or World Games medalists and other European champions.

The second edition of Asia Horse Week, from February 14 to 16, will be held as an opener to the 2019 Longines Masters of Hong Kong. Two days of discussions and conferences reflecting on different themes completely on topic for today: breeding, sport, horse education and welfare.

This year, the FEI (Fédération Equestre Internationale) partners with this unique event in Asia to present its "Clean Sport" seminar.  A perfect opportunity to familiarize everyone and raise awareness among Asian equestrian industry professionals and the equestrian community of the ethical, regulatory and best practices possible to promote healthy and responsible equestrian sports.

This Asia Horse Week is driven by Christophe Ameeuw and his EEM teams' persistent desire to develop the equestrian world in the Asia-Pacific.  This exceptional event is being organized in partnership with the Hong Kong Jockey Club and with the support of the Hong Kong Tourism Board and the Wall Street Journal.

This second edition of Asia Horse Week will conclude with the first auction of high-end genetic embryos, composed of the world's top performers: The Auction, a partnership between EEM and the prestigious equine auction house, Arqana.