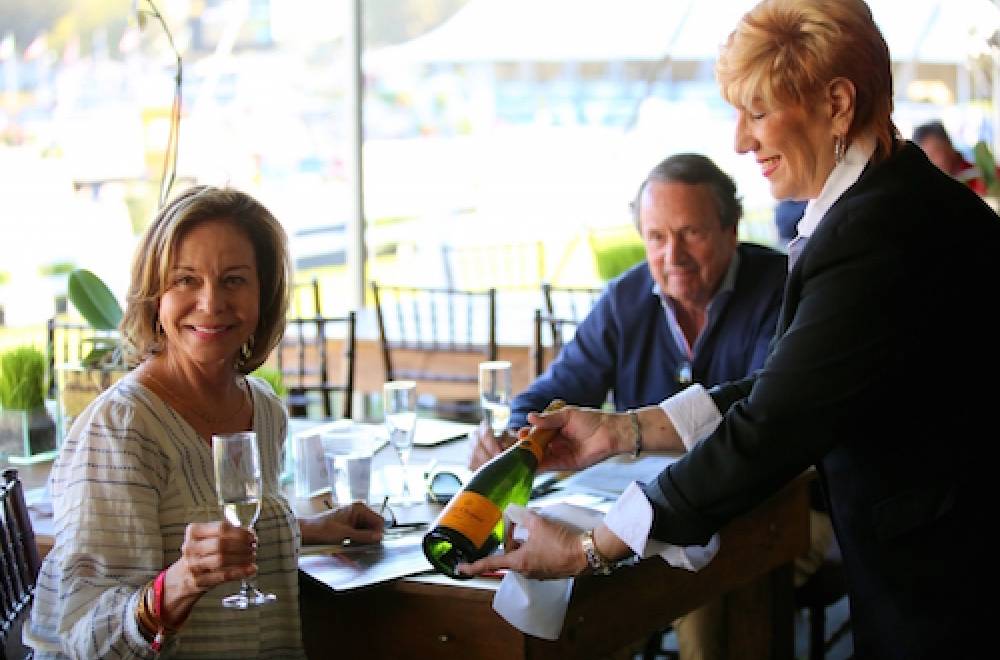 The very first Flanders Embryo Auction, held at Live Oak International CSI3*-W in Ocala, Florida, USA on March 16, 2018 proceeded in a way that any scriptwriter would dream of. The collection included a grandchild of the world’s best earning showjumping horse at the moment, Gazelle, ridden by Kent Farrington, and it was to be expected that Gazelle’s owners Farrington and Robin Parsky would be interested. And there they were on Friday, sitting at a table at Live Oak International, calmly waiting, watching the goings-on, until lot 18 came up. Then they struck and for $30,000 they bought the still unborn foal.

The good reputation of Flanders Foal & Embryo Auction is rapidly growing world-wide. After the regular foal auctions in Bonheiden and Opglabbeek, Luk Van Puymbroeck and Gerald Lenaerts further developed their format. Their motto: ‘Do not wait for the client to come to you, you should go to the client’ last year resulted in the first embryo auction in the United Emirates and a super foal auction last June in Bolesworth, where one record after the other was broken.

”Are the Americans ready yet for buying embryos, was a question we were often asked. Well, you never know, but the Arabs were ready! We have had two successful embryo auctions there already,” Gerald Lenaerts said. “They are the risks you have to take”, Luk van Puymbroeck explained. “It will all go easier once you have a good reputation. We are extremely pleased that we constantly attract new clients as buyers, people we would never get to come to our auctions in Belgium.”

The embryo auction in Ocala was hosted at the impressive, 2,000 hectares estate from the family of top-class combined driver Chester Weber, one of the active powers behind Live Oak International. Where the sale of embryos already has become customary in Europe, the Americans still have to be introduced to the idea. The word embryo is somewhat confusing, because they are often foals about to be born. The first will come in April.

Bids by telephone came from all over the world to get hold of the unborn foals with the genetic backgrounds. Including the sales on the spot, the twenty embryos went for $345,500 altogether, at an average price of $17,275. “We consider that a good start already. The idea still has to grow, but it certainly has potential here,” said Luk van Puymbroeck.

Auctioneer Dirk Zagers got things really moving in the second part of the auction. The Canadian team member Francois Lamontagne bid $22,000 for the

Robin Parsky can not wait to see her ‘grandchild’ by Bamako de Muze x Elvis ter Putte x Kashmir Van Schuttershof born. She will have to wait until August, however. She bought Gazelle, who has since earned world fame, five years ago in Belgium. “Kent has his stables near Antwerp and we often visit him,” she said. “Once the foal is born, I will have a good reason to travel to Belgium even more often. I am very happy about it all. I will soon have to come up with a suitable name for the foal. I will make a phone-call to Kent. He must believe that I have gone mad. Kent, we have a grandchild!”