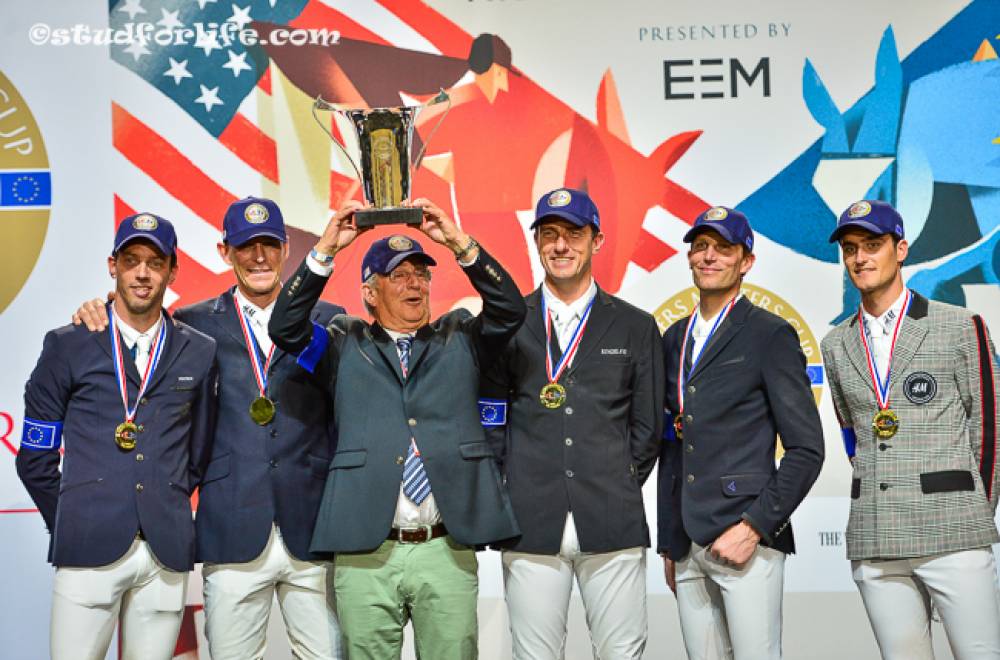 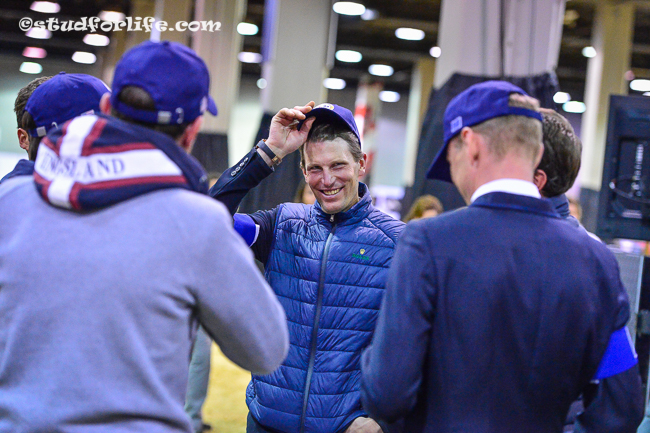 The footing issues from Friday's Longines Speed Challenge were greatly improved, setting the stage for a strong and exciting victory for Europe. After the first round, the USA was in the lead with strong clears from Georgina Bloomberg and Beezie Madden, but the second round was decisive for Europe, with points doubled on the score sheet. 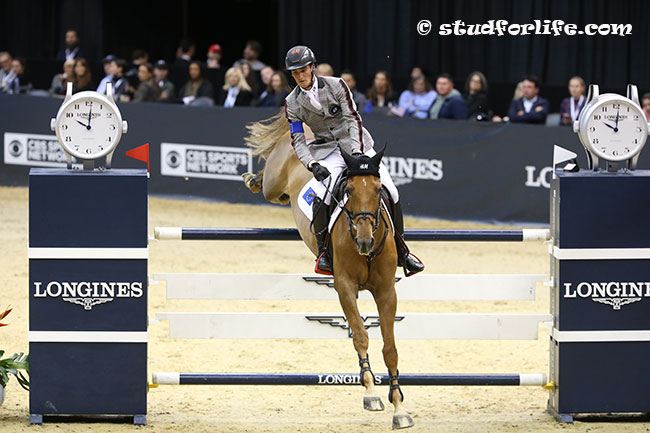 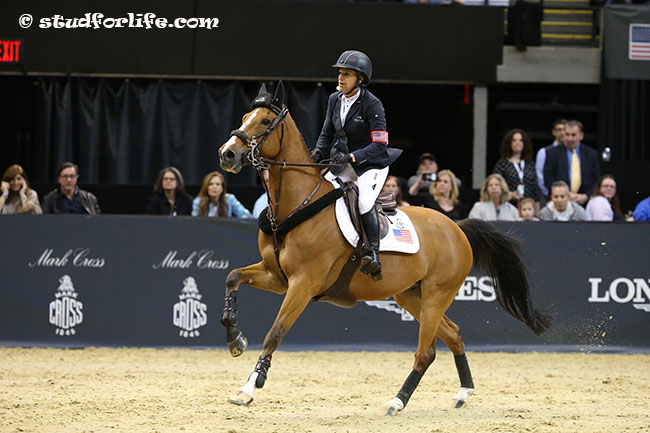 After winning his deul against Adrienne Sternlicht of the USA in the first race, Olivier Philippaerts found that his mount Goofy van'T Laerhof (Kashmir Van't Schuttershof), normally ridden by his younger brother Thibault, was a bit tired. With three rails down, the USA won that deul with Laura Kraut going clear on Hello Guv'nor (Flinstone Tiji Diamond Sémilly): 4-3! 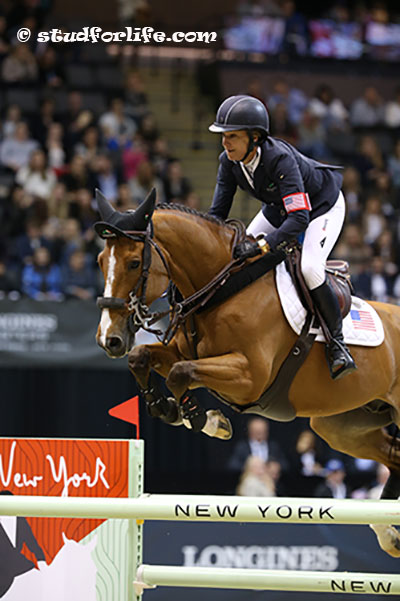 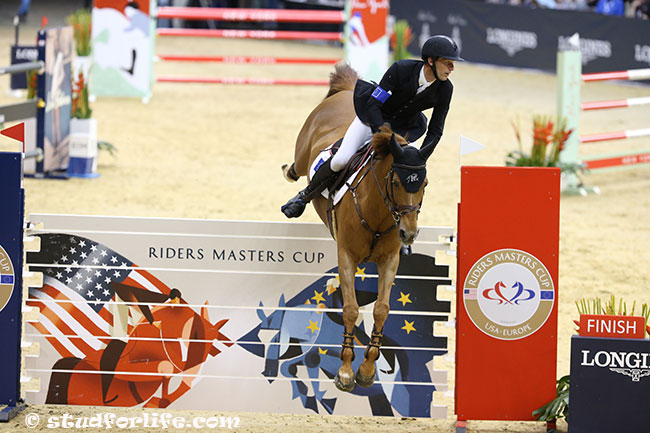 Things got even more complicated for Europe when Kevin Staut had a fault with Ayade Septon (Wandor vd Mispelaere), while Beezie Madden opted for a change of horse as she was the the only American to have won the first round with Con Taggio (Contagio), and she went on to win her second duel, this time riding Jiva (Concorde). With the, the USA took the lead: 5-4! 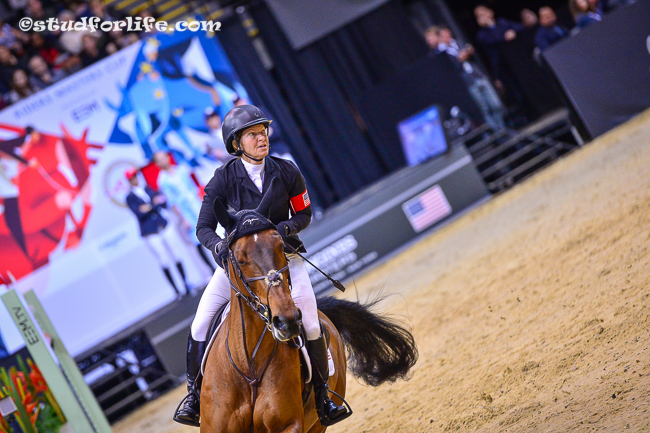 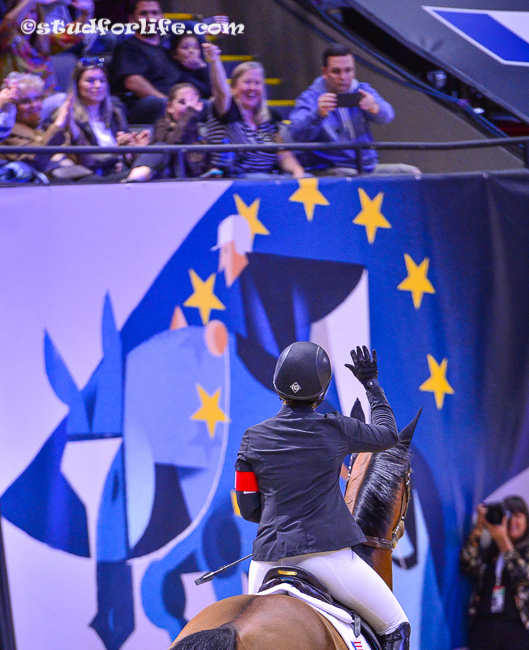 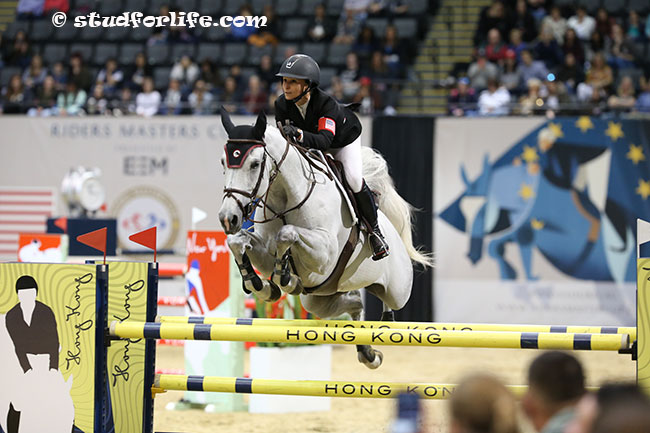 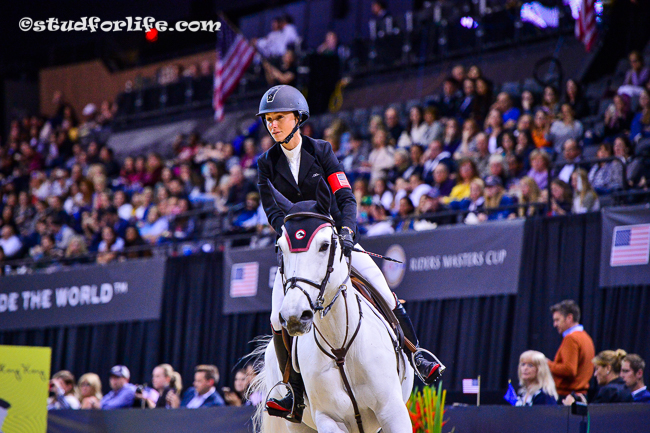 The next rider for the USA, Georgina Bloomberg also decided on a change of horse, switching Manodie II (Carthago) with Paola (Pontifex) and came back to lay down a second, magnificent no-fault round. Grégory Wathelet then had to go for broke to try and top Bloomberg's score, but but a rail with MJT Nevados (Calvados Z) meant that the USA increased its lead: 7-4! 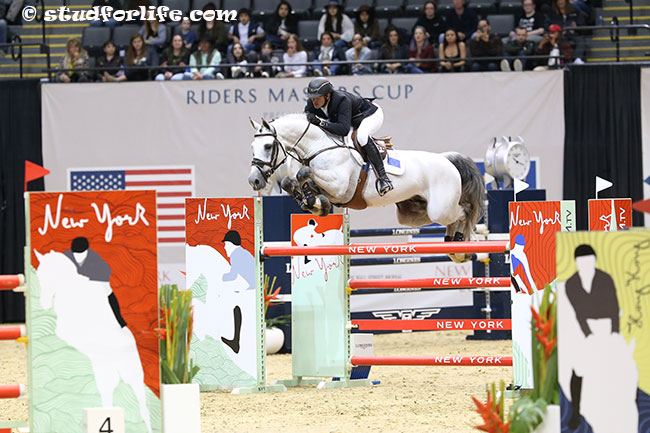 However, the last two riders for Europe where strong ones: the current European champion and the current Olympic silver medalist. Peder Fredricson watched the videos of the first Parisian edition of this class to familiarize himself with the format, and he entered the arena focused with H & M Zaloubet (Maloubet Pléville), completing a foot-perfect clear round to narrow the gap on the USA. 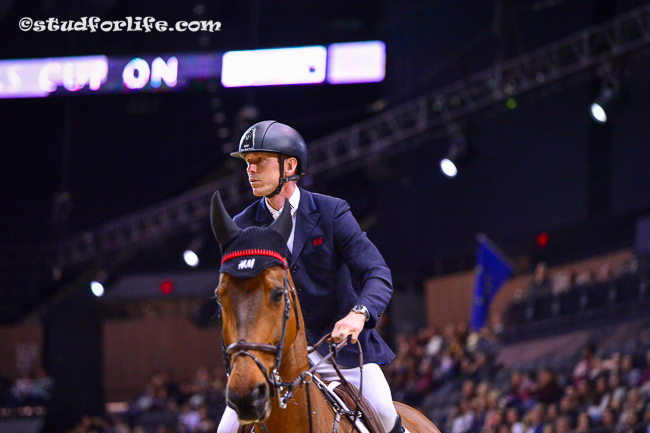 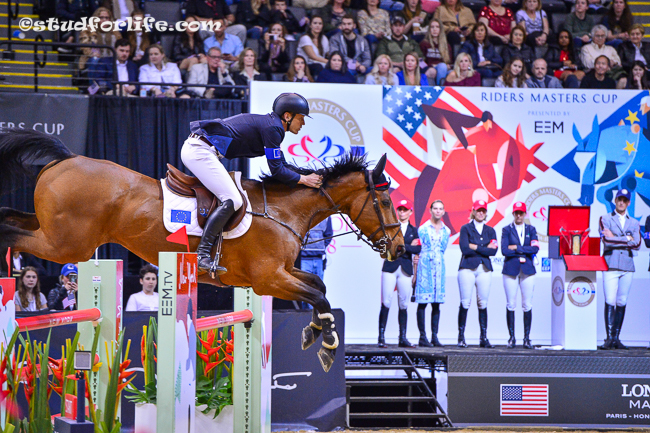 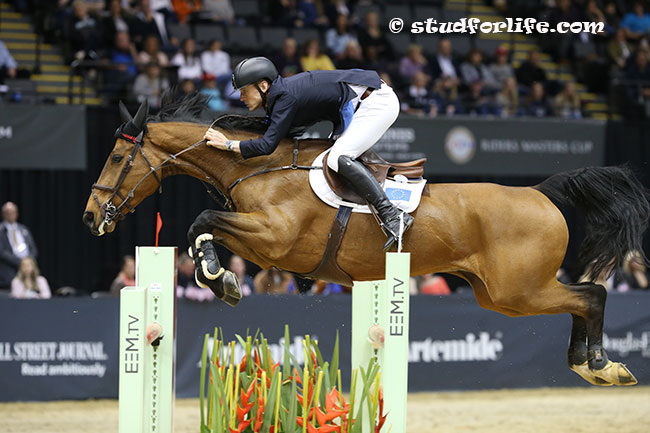 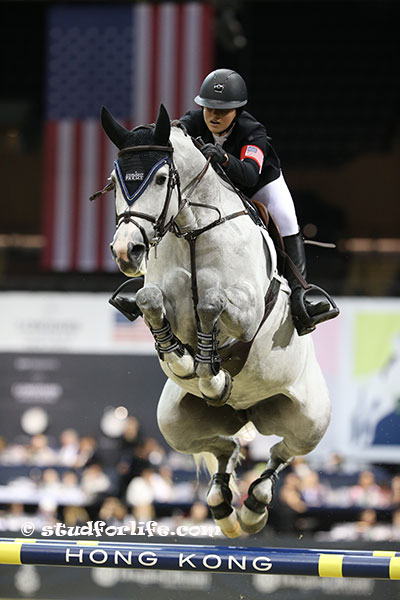 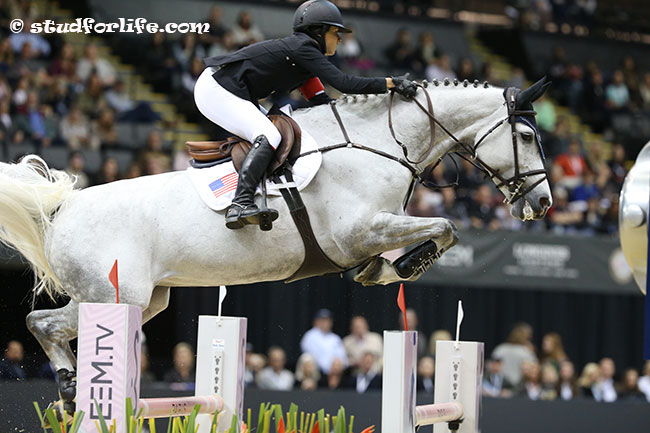 That created great pressure on the shoulders of young Adrienne Sternlicht and her impressive Pembroke (Clarimo), who came into the arena a bit starry eyed in Round 1, overjumping the first half of the class. He came back with more consistent style in the second round, and was clear all the way to the final fence with the Team USA riders looking on - but a fault at the final fence set the stage for a final deul that would decide the Riders Masters Cup: 7-6! 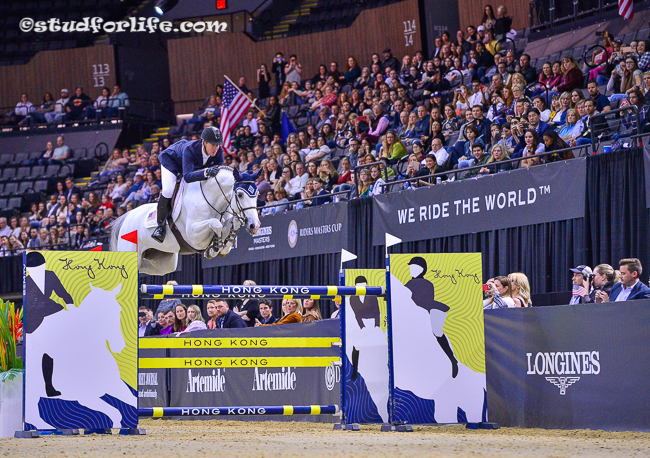 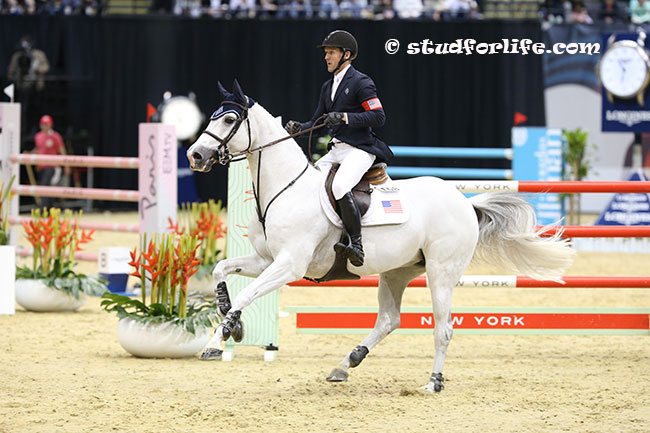 The final two riders made for a spectacular duel: one a former world number one and the other a future number one! McLain Ward was a winner in Round 1 with HH Gigi's Girl, and in Round 2 he clocked more of the same, clear in 54.82 seconds. 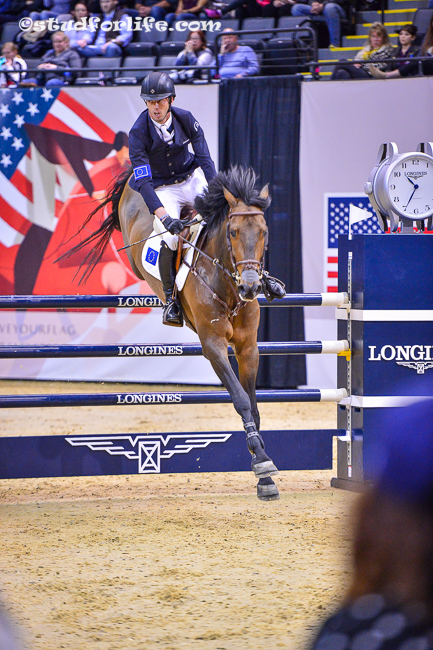 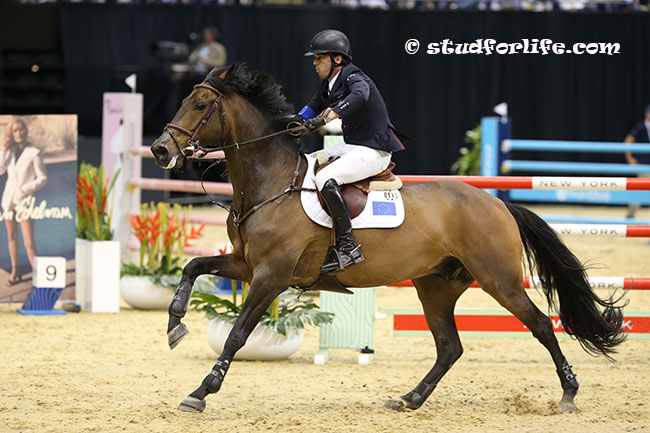 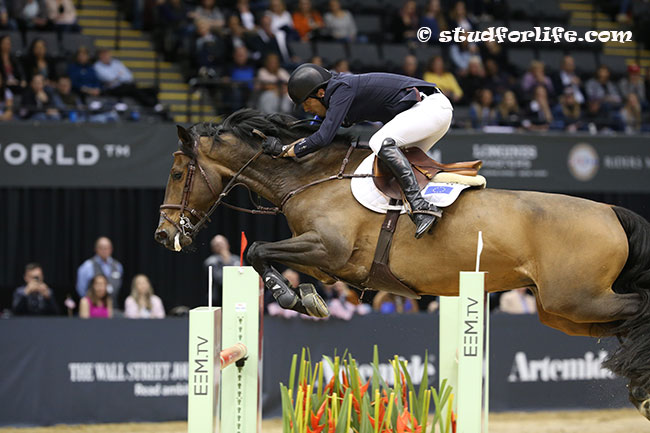 However, as the vice-champion of Europe, world champion by team and current world number two Harrie Smolders was the best man for the job and he set off with Cas 2 (Indoctro) at full speed. Despite a tough track with a rollback turn over an oxer set right against the spectator boxes at the rail, Smolders demonstrated his incredible mastery to not only jump clear, but faster in 52.91 seconds. With that, Europe won its second Riders Master Cup in a super atmosphere with great sport! 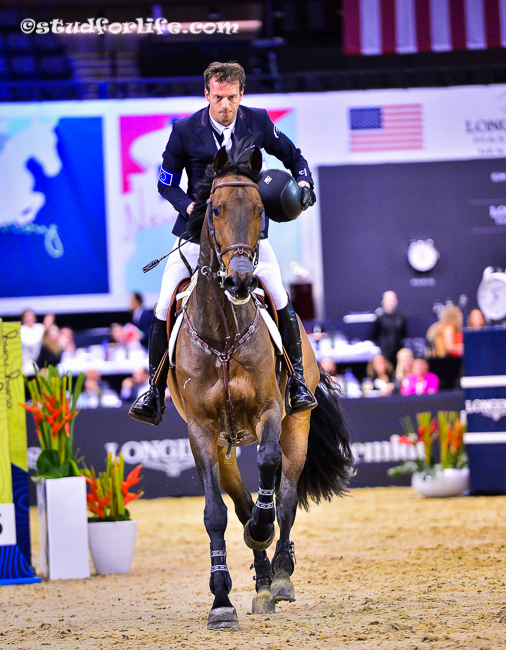 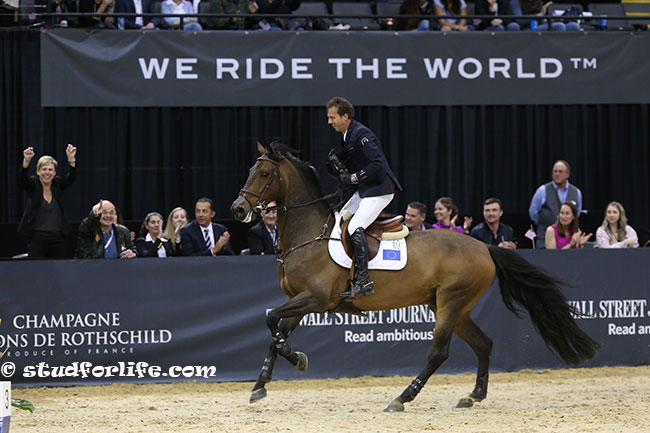 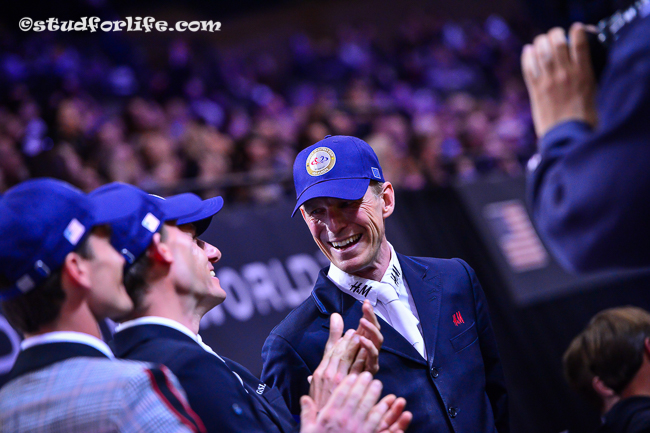 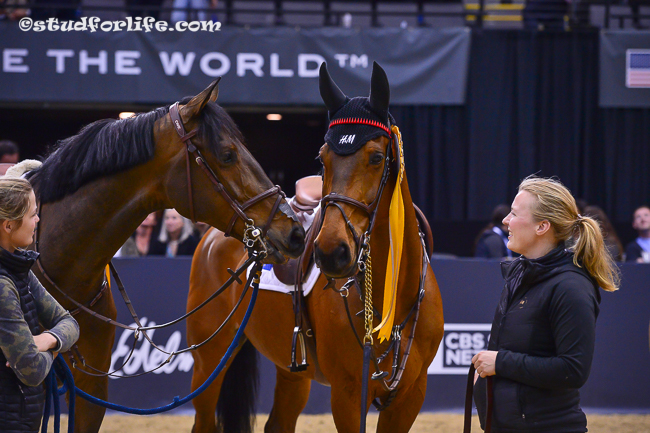 Cas 2 and Zaloubet, the two best horses for Team Europe. 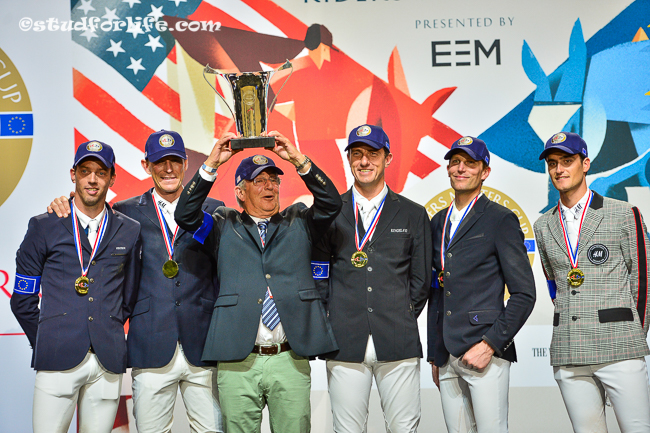