England victorious in Barcelona as a consolation 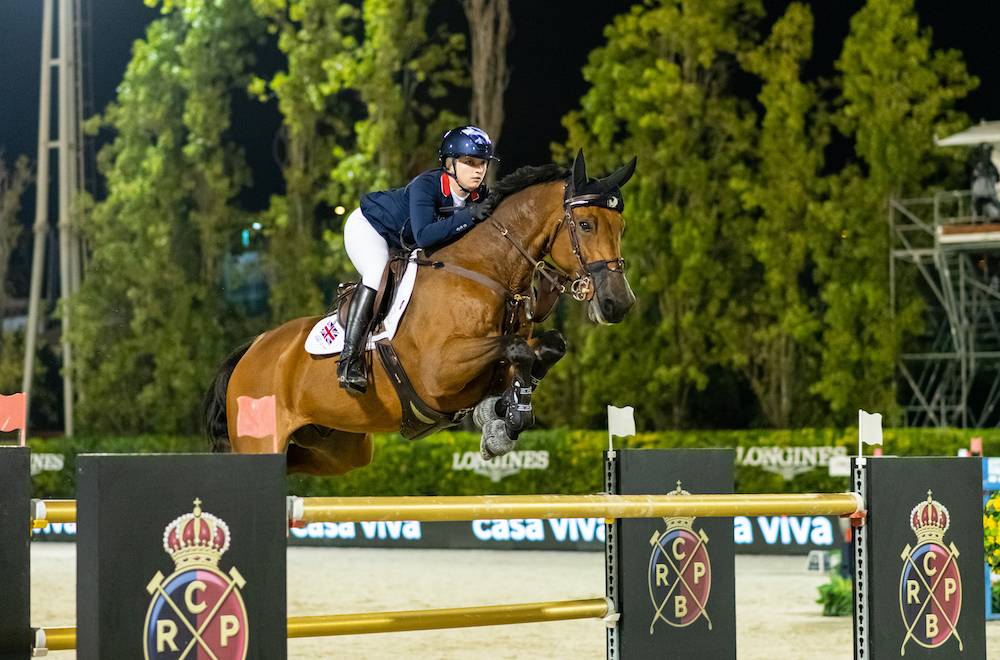 Last night, five teams started in the Challenge Cup at the Spanish facilities. This event serves as a consolation for the countries that didn’t manage to qualify for the grand final of the Nations Cup circuit. England comforted itself by winning the major event of the day ahead of France and Norway.

The scores were reset to zero and the Chefs d’équipe were able to make some changes to their teams. Canada and Uzbekistan, who were last in the qualifying round, decided to withdraw from the competition. Thierry Pomel's Bleus had a big stake in this event: remaining in the first division. For the occasion, the national coach decided to change his team’s composition by withdrawing Olivier Robert and Vivaldi des Menaux (Chippendale Z), letting the Olympic pair of Mathieu Billot and Quel Filou 13 (Quidam's Rubin) compete instead. Bryan Balsiger didn’t start with Twentytwo des Biches (Mylord Carthago), so Switzerland was left with three combinations and therefore had no drop score for the event.

The legendary John Whitaker let the youngsters have their say

"It's been a fantastic day for me, my horse jumped very well in the warm-up," joked John Whitaker in the press conference. Indeed, the Briton didn't need to start at all thanks to the performances of his teammates who secured the top spot in the standings midway through the event. Holly Smith was the first to start for her team with Denver (Albfuehren's Memphis). A rail fell to the ground, but that score didn't faze Ben Maher's pupil Emily Moffitt, who was more than effective. With her good mount Winning Good (Winningmood), the 23-year-old set the tone, offering the first perfect course to her team. Harry Charles did the same with Romeo 88 (Contact Van de Heffinck), which allowed the Englishman to finish the round with a large lead over his successors by totaling only four faults. "We’re all good friends. We did what we had to do. It's great to almost all be young and have a mentor like John Whitaker who has so much experience. We were very happy that he was with us today to advise us," the first clear British rider and Poden Farm rider told Studforlife. Pénélope Leprevost, who started as an opener for the event, allowed the public to get to know the Santiago Varela layout in a beautiful way: with a clear round and a point over time. It was the same for Marc Dilasser, while Grégory Cottard made two mistakes. Mathieu Billot's withdrawal didn’t jeopardize the team, which scored 10 points and was now sitting just ahead of Norway. Switzerland missed the mark tonight! Steve Guerdat remained on eight faults, the same as the day before, Edwin Smits notched up nine faults, and Martin Fuchs clocked eight as well. Michel Sorg's riders finished off the podium, in second to last place. "It was a strange week for us here... I don't want to say that I was confident, but you don't expect us all to be this bad two days in a row. It was hard to watch at the end," revealed Steve Guerdat. Italy ended the day in last place with 43 points and has now been relegated to the second division of the Nations Cup circuit, which is organized by the European Equestrian Federation (EEF Series).