The Deslauriers dominate in Wellington 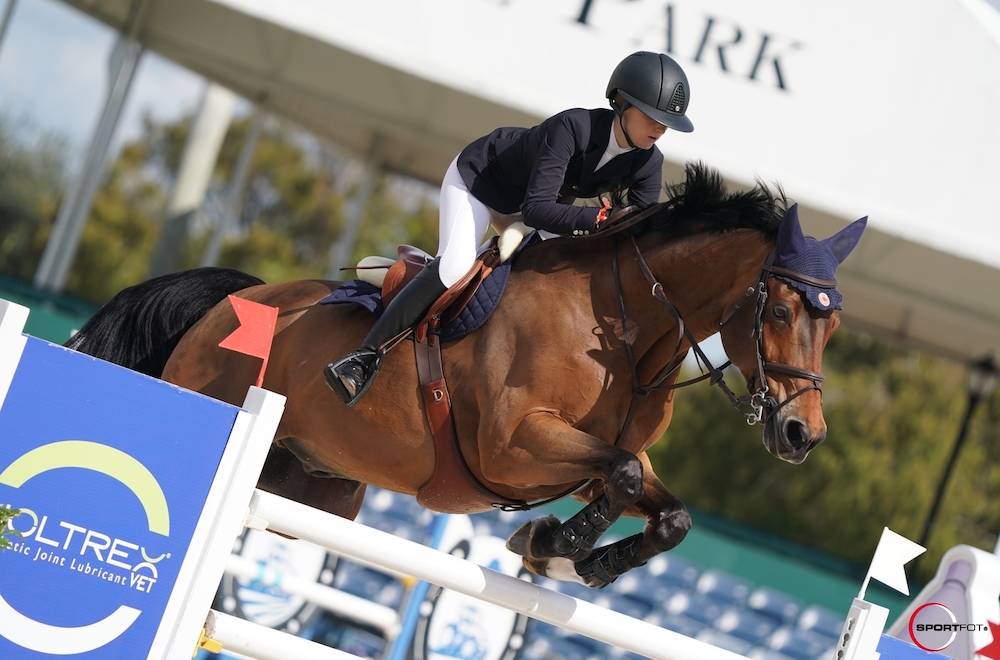 A transatlantic CSI4* in Wellington, a CSIO3* in Vejer de la Frontera, and several other CSIs were held around the world. We take you on a tour of the weekend's winners.

The 1st clear round was a long time coming, but four riders still managed to make it into the jump-off of the 1.50m Grand Prix, major event of this CSI4* in Wellington, Florida. Jessica Spingsteen and Don Juan Van de Donkhoeve (Bamako de Muze) managed to come between the Deslauriers family to secure 2nd place. It is indeed Lucy Deslauriers who, on Hester (Wandor Van de Mispelaere) took 1st place. Mario, her father, then climbed onto the last step of the podium, on Bardolina 2 (Clarimo).

This weekend, most of the attention was focused on southern Spain where the last Nations Cup of the year was held, which ended with a German victory. The Winter Sunshine Tour 1.50m Grand Prix was won by Britain's Holly Smith and Denver (Menphis). The author of a double clear round in the Nations Cup, David Will, again rode C Vier 2 (VDL Cartendro), and placed 2nd by turning in two more rounds with no poles hitting the ground! He was followed by Ireland's Denis Lynch and Cristello (Numero Uno).

Eighty-five starters set off on this difficult Grand Prix during the first week of competition at the Autumn Mediterranean Equestrian Tour, with only four riders finding the key to a clear round to make it into the jump-off. Edwin Smits scored the only double clear, taking gold with Farezzo (Arezzo VDL). Silver went to Germany's Richard Vogel and Floyo VDL (Baltic VDL), a duo that also made the podium last weekend at the CSIO3* Grand Prix in Vilamoura. His teammate Katharina Offel won bronze with the stallion Chaning Tatum (Canturano).

This weekend’s Italian Grand Prix was full of Italian riders and they secured the victory! Youth riders made themselves known in this event as the victory went to Filippo Marco Bologni and his quick mount Quidich de la Chavée (President). "I’m really happy with this result. My horse Quidich jumped incredibly well. It's really nice to win an international Grand Prix and get some Longines Ranking points at the end of this complicated season and year. I still have two more international competitions left before the end of the year. I hope that in 2021 we’ll be able to do some more important competitions," said the Italian rider.

The Barcelona Christmas Tour 2020 started this week and was punctuated by the French victory of Wilfrid Prud Homme and his mare Une Sauterelle (Gentleman IV) in the Grand Prix. Madagascar's Vanessa Norblin came in 2nd on Tender Bride (Quaprice Bois Margot). At one point, Jesus Garmendia Echevarria was sitting in 1st place during the initial round, and he managed to close out the podium with Valut 2 (Valentino 240).