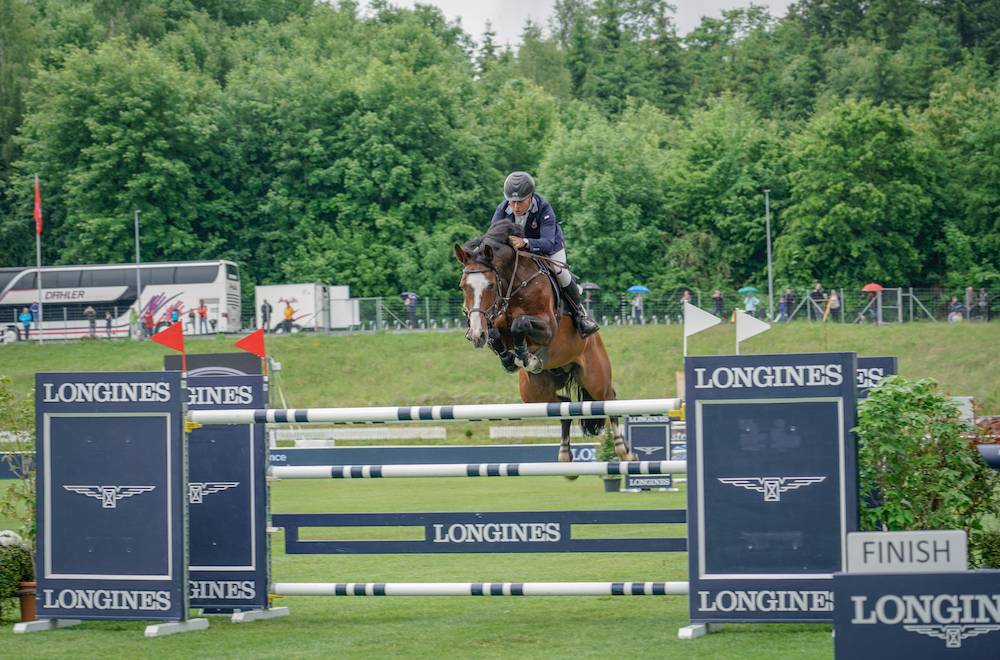 The CSIO in St. Gallen was the start of the Nations Cup in the European Division 1 category and we saw some great sport, despite the rain that fell on the Gründenmoos grounds.

Nayla Stössel and her organizing committee did everything they could to make the event possible in these difficult times, and the easing of measures that was announced by the Federal Council the week before the competition even made it possible for the public to attend (a maximum of 1,000 people, upon presentation of a negative COVID test).

Ten nations - as opposed to the usual eight in these events - were competing, in order to allow the riders, horses and Chefs d’équipe to be able to compete in the biggest events in preparation for Tokyo. It must be said that the resumption of the FEI Nations Cups has been long awaited; since the Barcelona final in 2019. 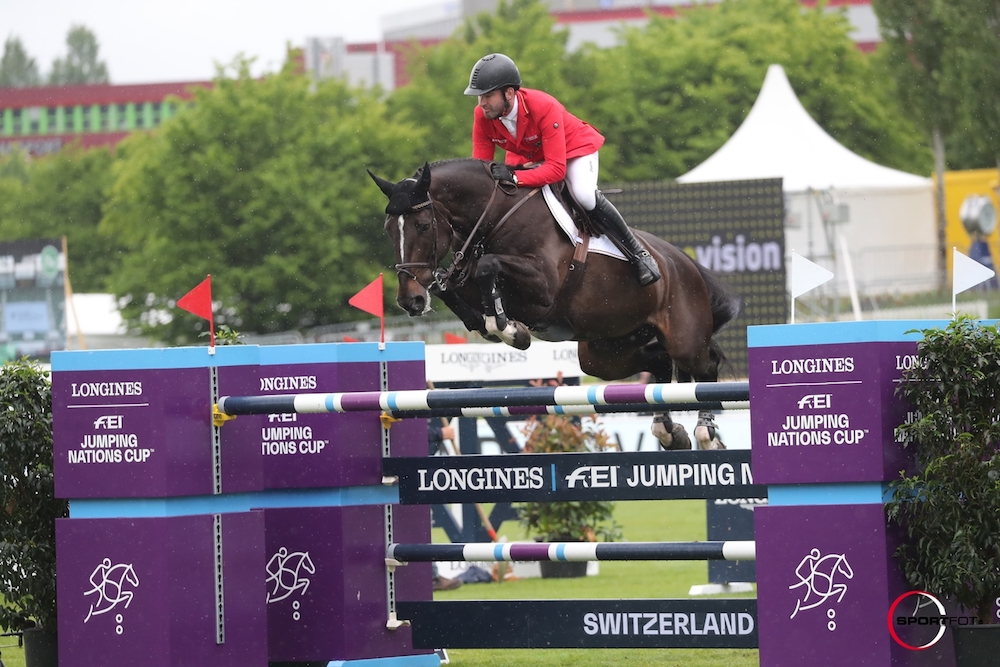 At the end of the two rounds, two nations were in the lead: Sweden and Germany. Philipp Weishaupt (photo above), the German finisher, could have secured the victory for his team, but a fault at the penultimate obstacle dashed his hopes. Otto Becker and Henrik Ankarcrona each had to choose one of their riders to start in the jump-off. The first was Rolf-Göran Bengtsson. With his beautiful 12-year-old stallion Ermindo W (Singapore), the multi-medalist, who had not achieved a clear round in either round (9+4), completed his jump-off without touching a single pole. 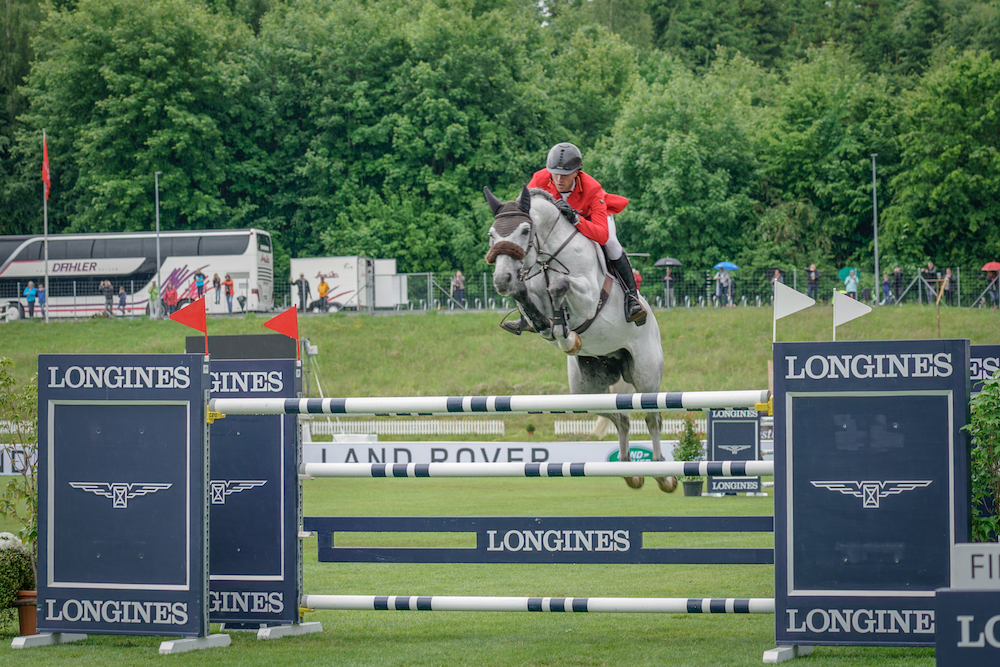 Sweden, which had not won the Swiss leg of the Nations Cup circuit since 1994 in Lucerne (the competition was then held every other year between St. Gallen and Lucerne), thus adds another line to its nice list of achievements. What could be better than to celebrate a victory on this Sunday, June 6, the Swedish national holiday? 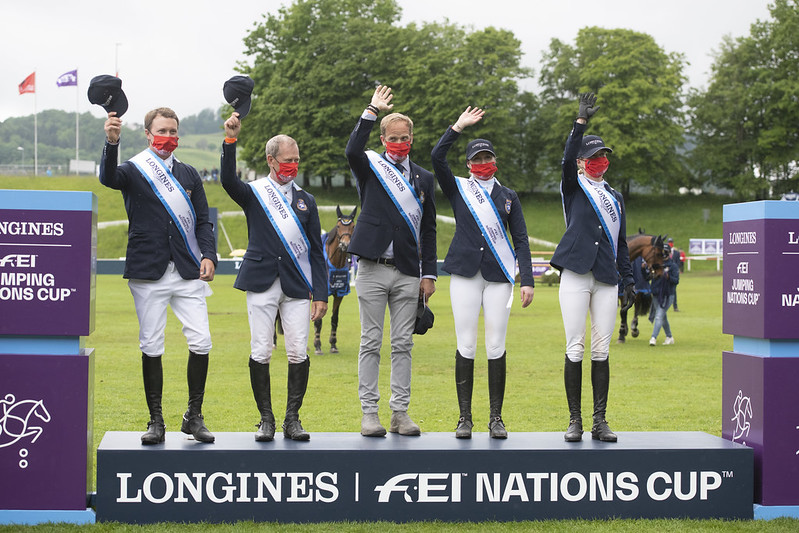 Henrik Ankarcrona's team will be back in the running in La Baule on Wednesday. "I hope we'll do it again in France," smiled the Chef d’équipe at the press conference. Nothing is impossible for a Swedish team that proves, once again, to be among the best nations in the world. 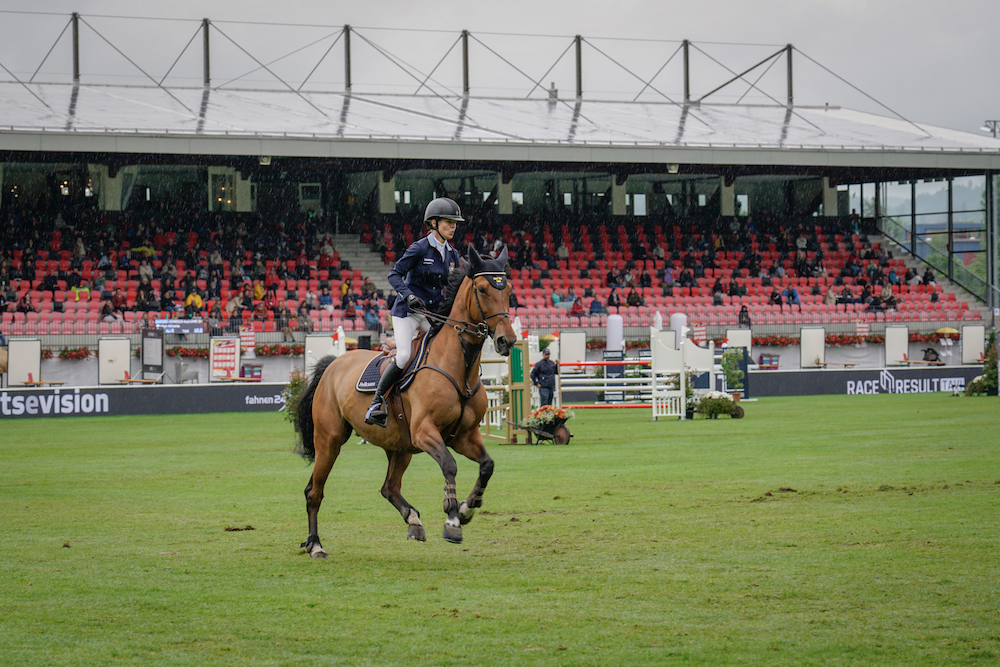 This Sunday, all the riders wanted to score points in view of the imminent Olympic Games, and Malin Baryard-Johnsson achieved two clear rounds with her demonstrative H&M Indiana (Kashmir van Shuttershof), as did Douglas Lindelöw, who was part of the silver medal-winning team at the 2017 Gothenburg Europeans with Zacramento, who is back on top with his son of Chacco-Blue, Casquo Blue. During the press conference, Douglas Lindelöw pointed out that his horse spent his early years in Switzerland: it was under the saddle of Arnaud Martin, Pius Schwizer’s stable rider, that Casquo Blue made his debut. 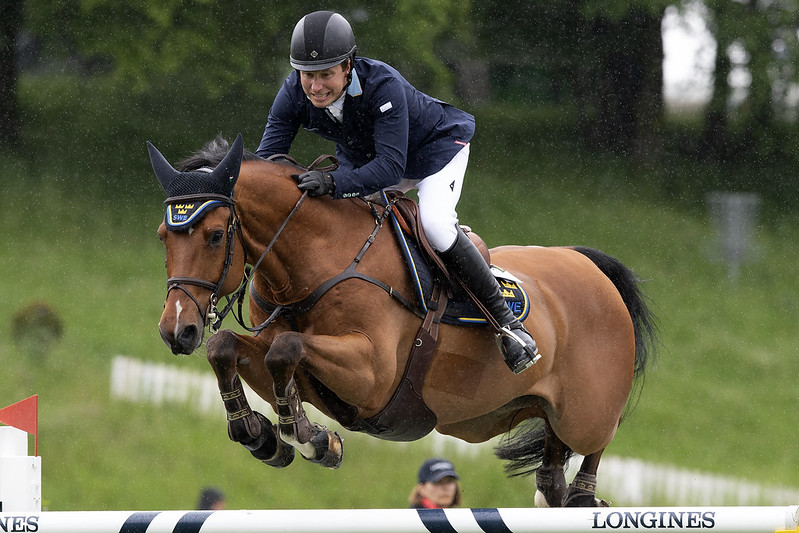 In the German team, there were no double clear rounds, but Maurice Tebbel and his elegant mount Don Diarado (Diarado) had two beautiful rounds, and were only penalized by one time fault in the first round before turning in a blank score in the second. André Thieme and DSP Chakari (Chap 47) also performed well with a clear round. 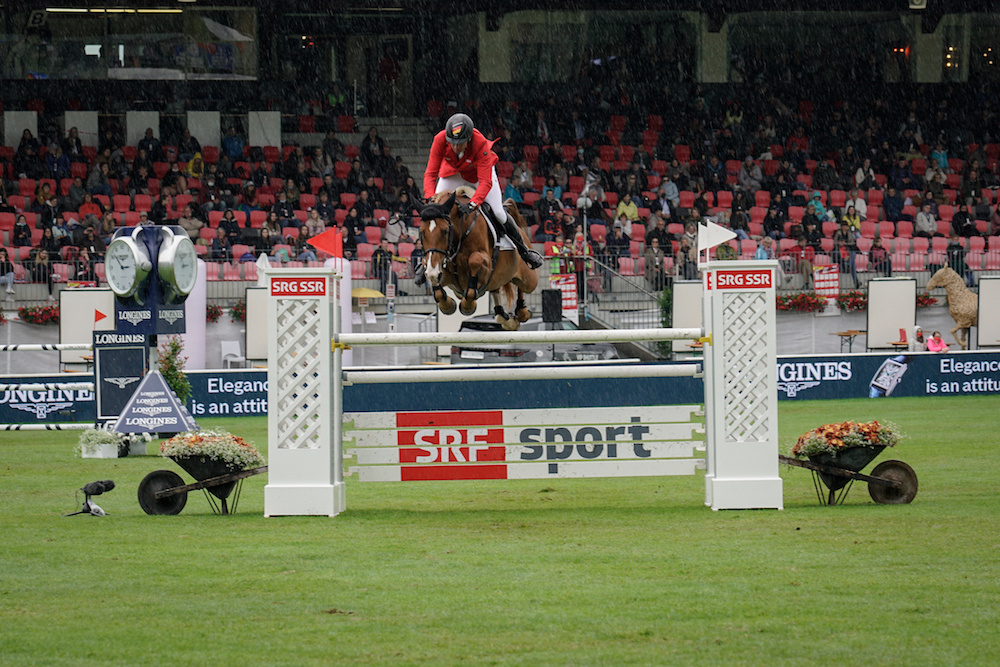 Switzerland was now in third place, thanks to Martin Fuchs’ and Leone Jei’s (Baltic VDL) double clear round. They received a standing ovation from the public who were delighted to be back in the stands of a CSIO. A clear round for Steve Guerdat and Venard de Cerisy could have given the victory to the Swiss clan, but after two faults on his son of Open Up Semilly, as in the first round, the World No. 2 preferred to retire, as he wasn’t able to improve on his teammates’ score. 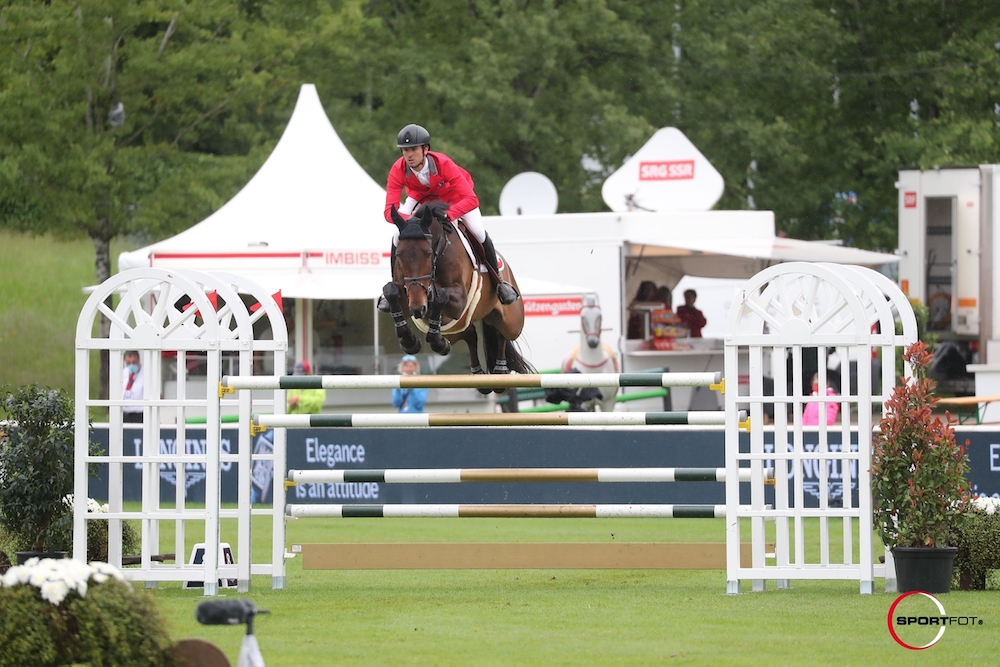 The men of Michel Sorg, who was officiating in St. Gallen for his first CSIO5*, all achieved uniform rounds, with Bryan Balsiger on Twentytwo des Biches (Mylord Carthago) and Beat Mändli on Dsarie (Veron) riding two rounds for four faults each. 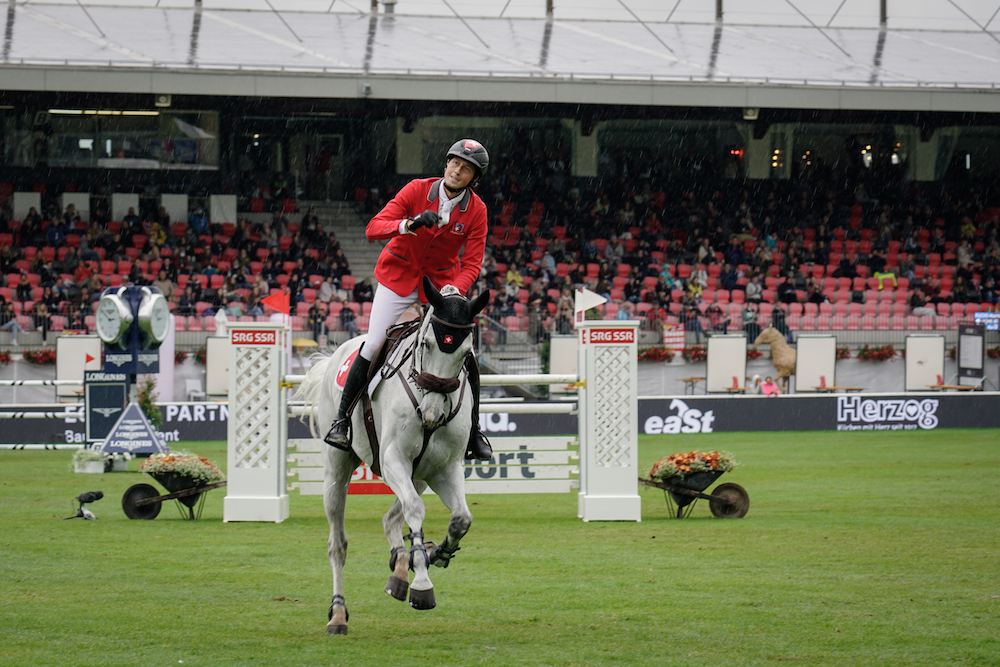 Martin Fuchs, all smiles at the end of his two rounds, praised the merits of his new star. Another successful gray under the saddle of the reigning European Champion, who seems to have found the successor to Clooney in Leone Jei. "Leone Jei is relatively inexperienced at this level of competition, but today he showed his great potential. I’m very happy with him, and I’ll be able to count on him in the future. I hope to take him to the European Championships in Riesenbeck. He already knew St. Gallen’s arena because I rode him in the Young Horse events here in 2019. He jumped spectacularly today, especially through the triple and the water jump; he’s like a plane!" 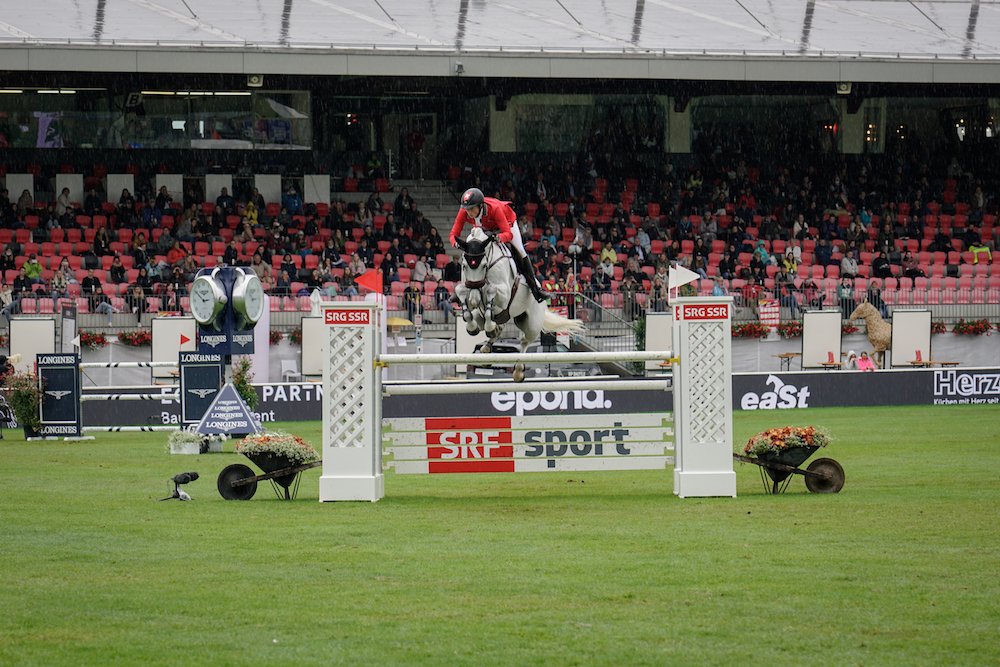 Michel Sorg acknowledged that the riders were delighted to have found a competition with the public and applause. Martin Fuchs humorously added: "Especially since it had been a long time since I had achieved a clear round, let alone two!" 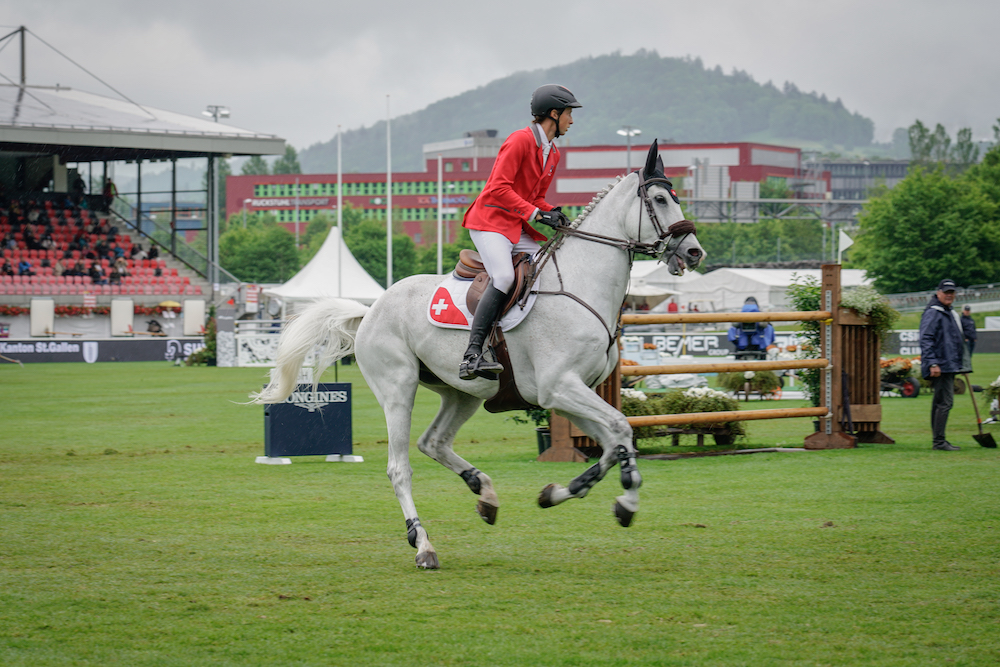 On the podium, the Swedes were congratulated by Ueli Maurer, the Swiss Minister of Finance (photo below). It is well-known that the Confederation has been supporting the CSIO for years by making some units of the Swiss army available to ensure the preparations for the event go well. 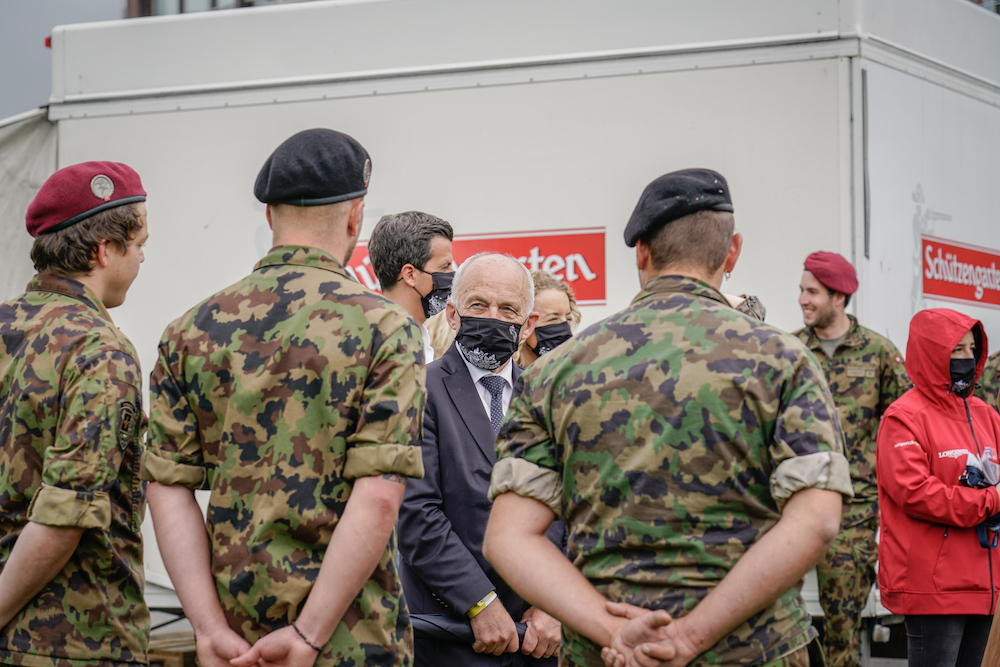 Ueli Maurer, Minister of the Confederation

While the first three teams were tightly bunched together, the other seven had fairly heavy scores. Fourth place went to the Egyptians, who were in the lead after the first round, with 25 points. Next came the Mexicans, who achieved two clear rounds in the second round thanks to Santiago Lambre and Manuel Gonzalez Dufrane (photo below), securing fifth place. 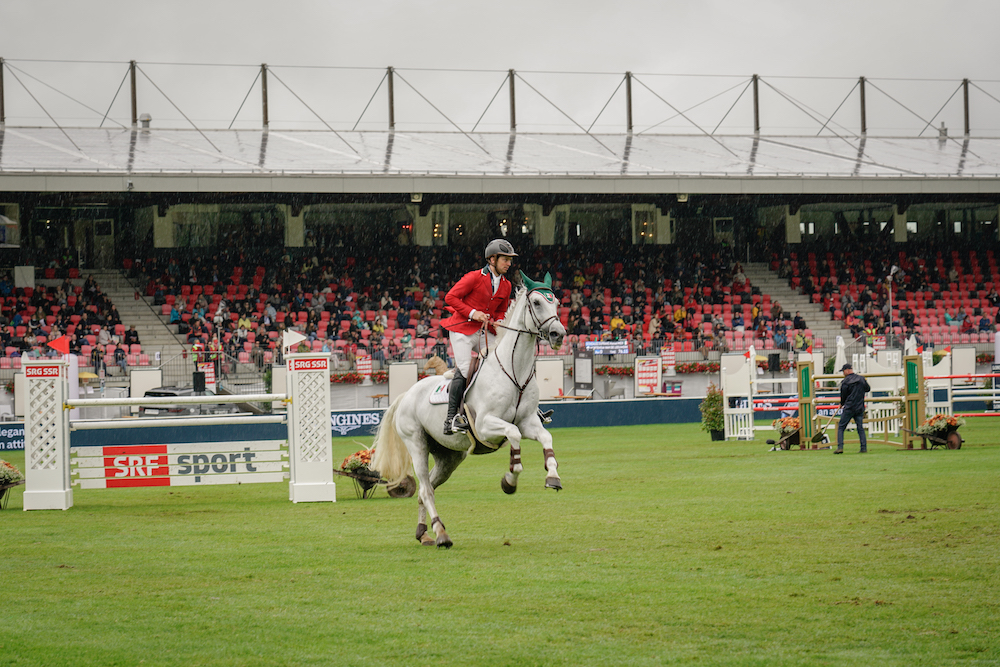 The Brazilians, who were able to count on an excellent set of rounds from Rodrigo Lambre (1+0) and Artois d'Avillon (Kashmir van Shuttershof), placed sixth. 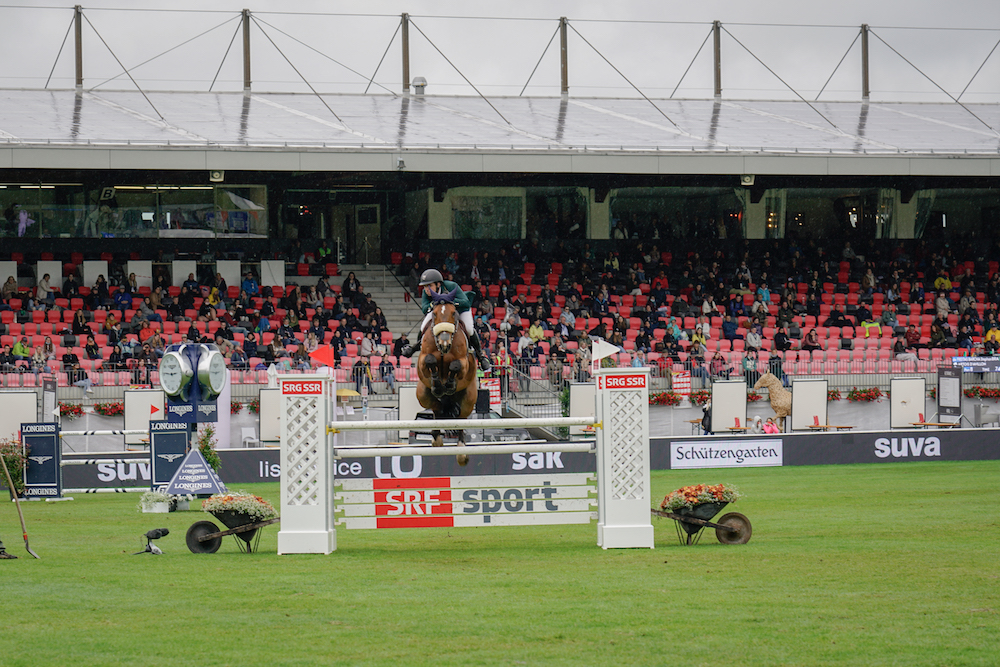 Seventh place went to the Dutch, who were competing with just three riders, but whose Bart Bles achieved a clear round with Kriskras DV (Cooper). Eighth place went to Italy with a total of 45 points, and ninth went to Israel. The British decided not to compete in the second round. However, Harry Charles, who was penalized by one point with Romeo 88 (Contact van de Heffinck), had an excellent performance and won many placings in St. Gallen, including victory in the Saturday Speed and Handiness event. 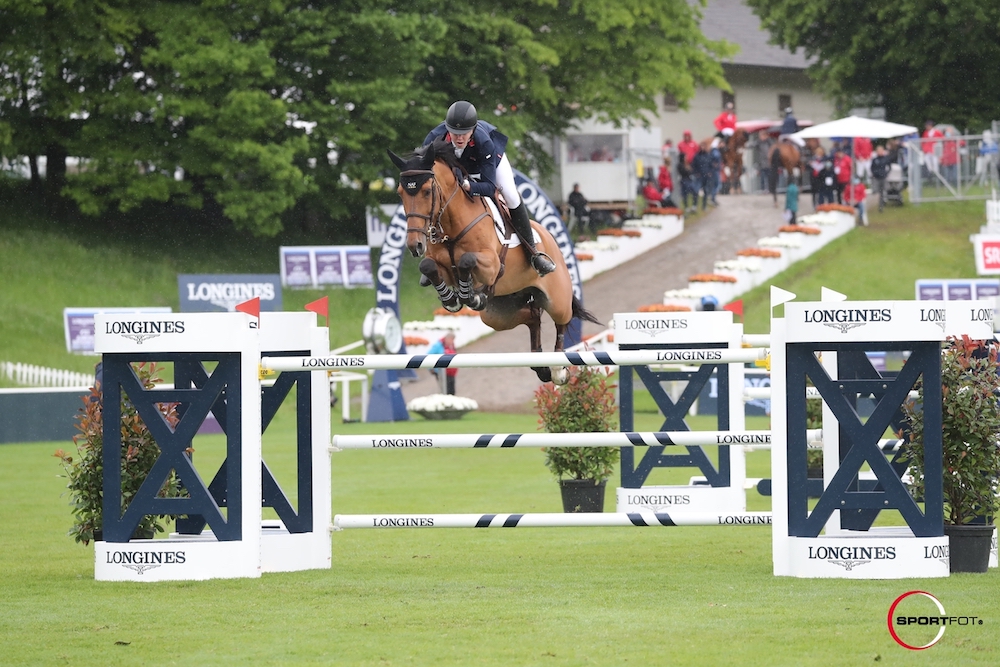 The Nations Cup season is now well underway and from Wednesday onwards, we'll see you in France! 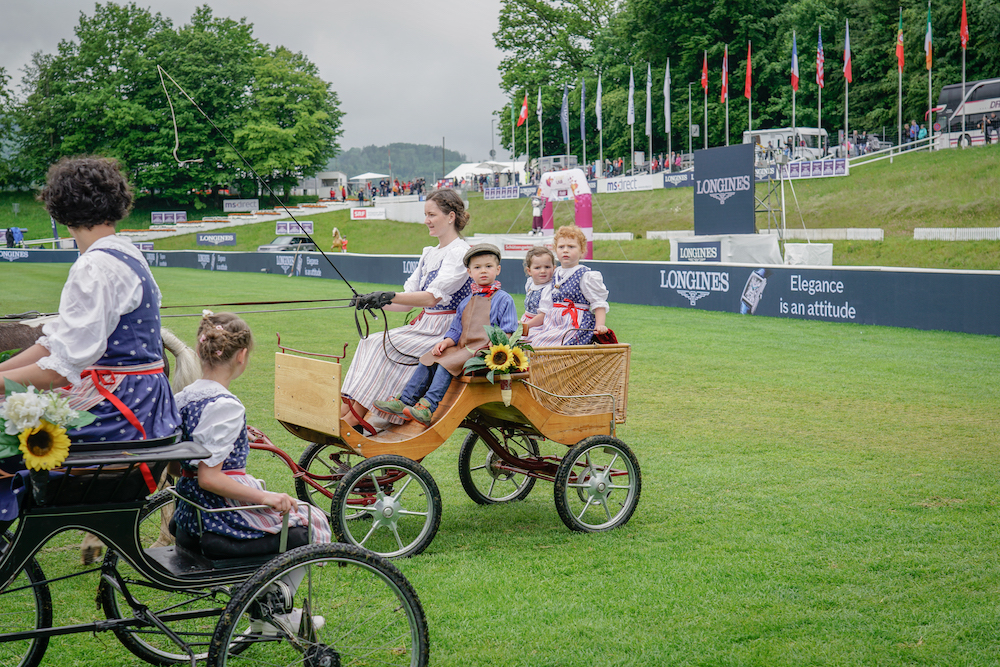