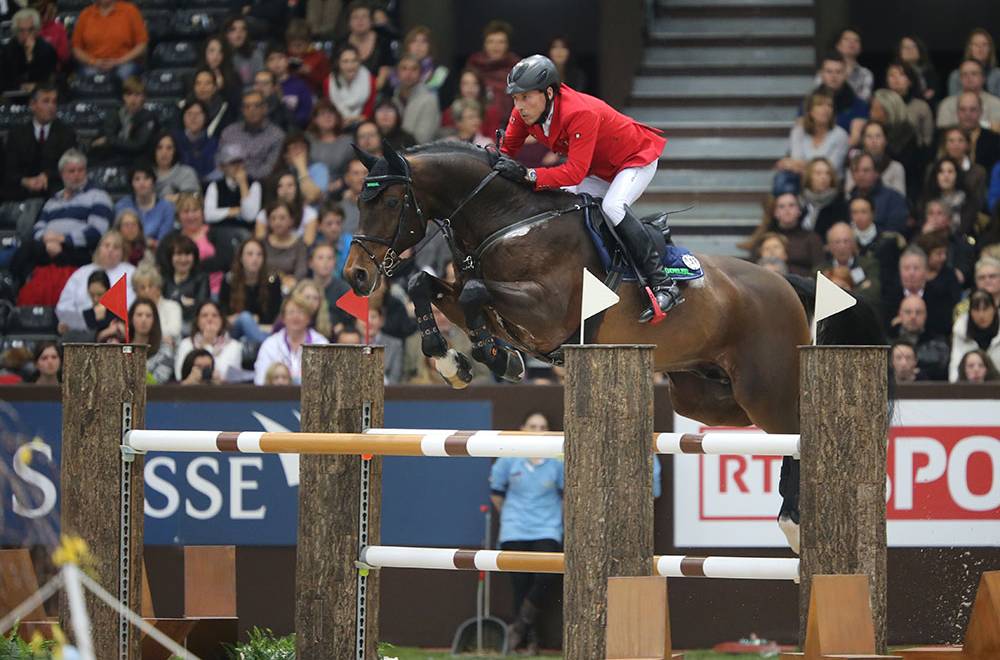 After breaking onto the scene under Beat Mandli’s saddle, it was with Hans Dieter Dreher that he spent most of his career, winning the 5* CSIO Nations Cup at Spruce Meadows and the Grand Prix of Maastricht, while shining on the most beautiful arenas in the world with victories in Geneva, Madrid, Manheim, Stuttgart, Doha and many others.

Approved by the Selle Français studbook two years ago, 18-year-old Colore, arrives in France to stand at the Haras du Géry, owned by the Gauffreteau family, who have just jointly acquired him along with France Etalons, as his first offspring, though very few in number, are beginning to become famous internationally.

"This stallion is sired by a seriously good type. He has very good joints and a strong back, and comes from one of the best Holstein lines. We saw his first offspring on the Selle Français stallion qualifying tour and we’re very satisfied because they’re well-put-together colts, with strength and blood, and harmonious types!" details the press release.