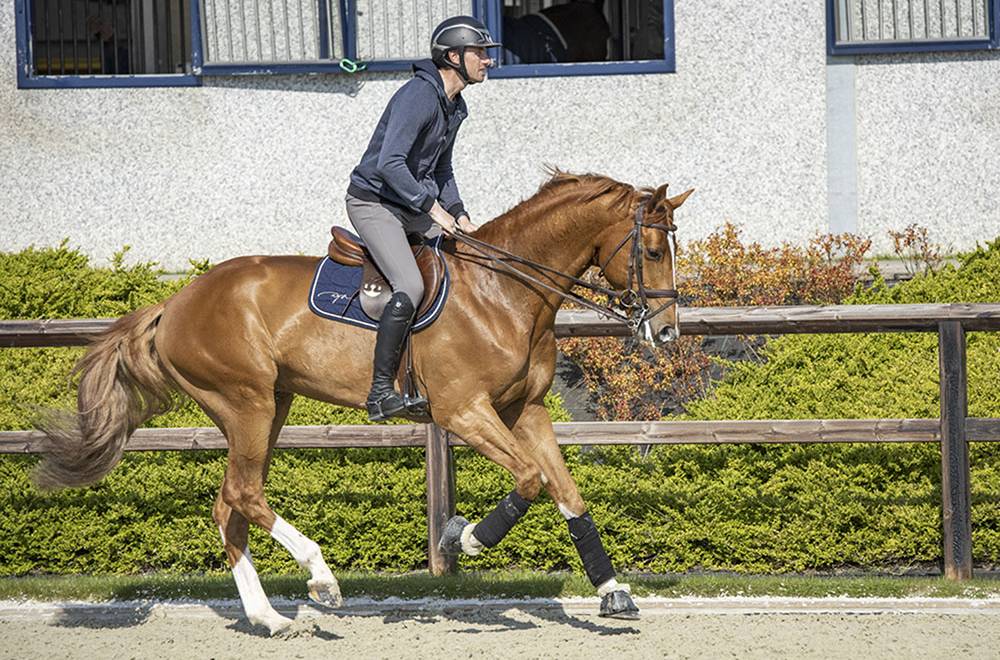 Having been active with Grégory Wathelet for a few weeks, the Selle Français stallion Cocktail de Talma (Baloubet du Rouet x Cento x Quidam de Revel), out of the Cor de la Bryère line, has settled in with the Belgian rider and intends to stay there. A maternal half-brother to several international performers including the very successful Valkyrie de Talma (Diamant de Sémilly) - who competes in Nations Cups under Canadian colors - and Une de Lothain (Conterno Grande), a CSI5* winner under Harrie Smolders’ saddle.

It’s a return to his roots in a way for his breeder and owner, Michel Guiot of the Haras de Talma: "It's the first time I've sent a horse to be worked in Belgium since I left for France. It's quite funny. I've known Grégory for a long time, I love his ability, his riding and his simplicity... I wanted to one day entrust him with a horse and I've been thinking for some time now that Cocktail could really suit him. They should have been competing together on the Sunshine Tour... but Gregory got hurt... then the health crisis happened. As a result, they haven't yet been able to express themselves on the competition grounds, but their partnership seems to be quite promising thus far. I’m a Selle Français breeder, I like this studbook and what it represents, I’m not the vice-president by chance... but even though I’ve lived in France for thirty years, I’m still Belgian, and having a horse being ridden under my country’s colors doesn’t displease me. Moreover, we’re not very far from Grégory's place, which will allow us to go and see our horse from time to time. His full sister, Cocaine de Talma and his full brother Baloubet de Talma, are still at the stud being ridden by our rider, Audrey Teixidor, who also did a great job with him. It's a partnership that’s all the more enjoyable as we also distribute Gregory's stallion’s semen via France Étalons, so it's a collaboration that's only just beginning," said Michel Guiot, who also got closer to another talented young Belgian; he will be distributing Pegase van't Ruytershof’s (Comme Il Faut x Cartani x Diamant de Sémilly) semen, a very promising stallion who is being ridden by Jeroen De Winter.