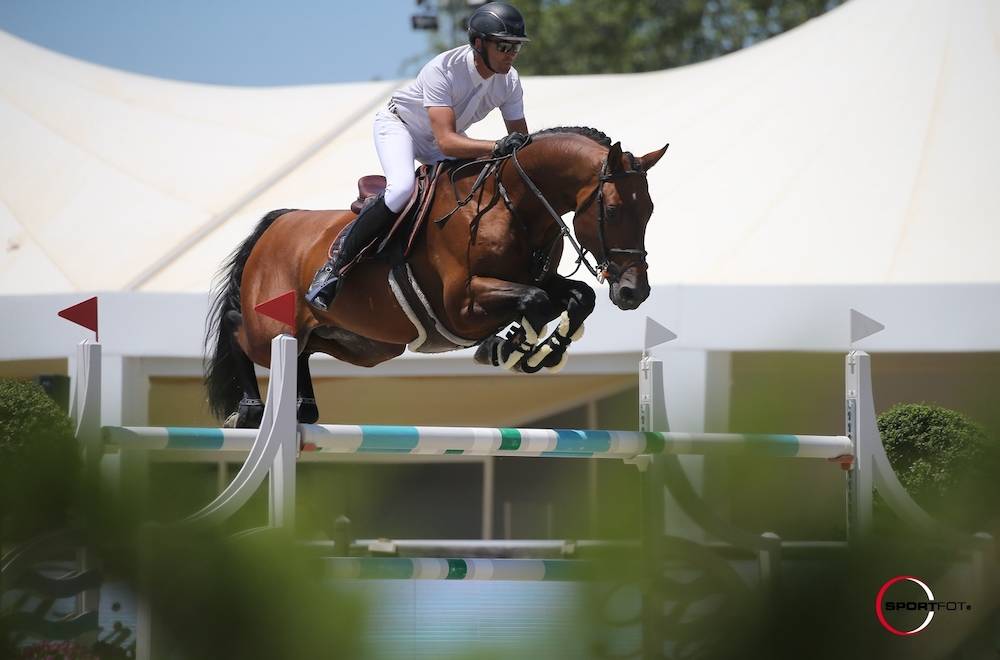 Cicave du Talus, a young flagship stallion in the catalog of the Groupe France Élevage (GFE), which he also owns, is leaving the saddle of François-Xavier Boudant. He is now going to the U.S. stables of Team Eye Candy.

At the age of 9, in 2021, Cicave du Talus made a remarkable entry into the big leagues in the CSI3* and 4* in Grimaud, Cabourg and Bourg-en-Bresse. While the lack of experience at this level has so far hindered the son of Untouchable M, associated with François-Xavier Boudant for two years, to claim Grand Prix rankings, the Selle Français stood out in the intermediate events. Today we are seeing a logical continuation of his flawless career. After years of successful training between the ages of 4 and 6 years old under the saddle of Fabrice Paris, participating in the 7YO World Championship and a beautiful regularity on the international scene up to the 2* at 8 year of age, Cicave du Talus is continuing to show that his respect, strength and balance promise him a wonderful future in high-level sport.

The bay stallion has built up his record of achievements in parallel with his breeding career. Mixing the bloodlines of Quick Star, Voltaire, Narcos and Galoubet, he quickly became a young flagship stallion in the GFE catalog, which owned him at the time. By 2021, he has a little more than one hundred and fifty offspring. In fact he is as successful at stud as he is in the arena! Although his first offspring turned 4 this year, some of them have already made their mark in breeding competitions. These include Hunter des Forêts, approved as a Selle Français stallion at the end of the test in 2020, after being sold for €40,000 at the Fences sales. Another fine example is Hirondelle Tame who was tenth in the Normandy Championship for 3-year-olds last year. She showed great potential during her first outings on the classic cycle circuit in 2021.

Brilliant in the arena and a promising stallion, Cicave du Talus has not failed to attract interest and the GFE has announced that it has reached an agreement with Paul O'Shea and Erica Hatfield for the American stable Team Eye Candy. "The agreement with Erica Hatfield and Paul O'Shea allows us to keep him in our stallion catalog and to let him evolve at the highest level of sport. It will also allow us to undertake an even more ambitious program of acquisition of young talent to train champions and detect the improving stallions of tomorrow" says Arnaud Evain, founder of the GFE, who will continue to distribute Cicave du Talus' semen.