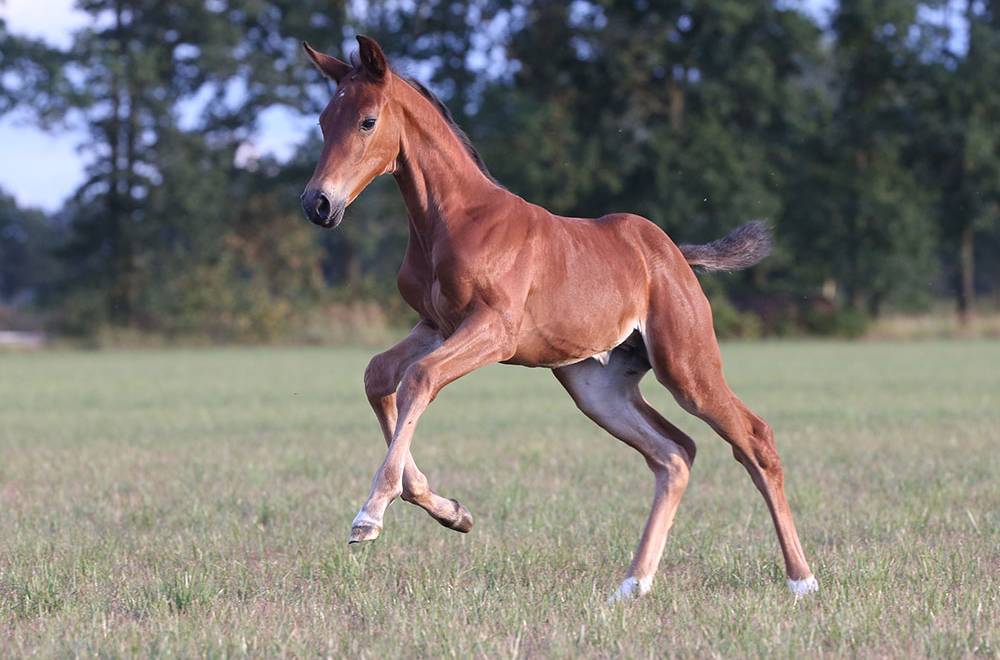 Zangersheide wanted to make an event out of its Quality Auction despite the cancellation of the World Championships in Zangersheide, and despite the reluctance of the mayor of Lanaken. As a result, the blue and yellow turned to Holland and the Peelbergen complex where a CSI2* event was jointly held.

It was a gamble that was made all the more daring as, although the collection presented many lots with exceptional bloodlines, there were nearly 80 candidates!

The top price went to Chacana Hero Z (Chacco Blue x Heartbreaker x Darco), whose dam is none other than the former international performer Panama du Seigneur, dam of the top performing stallions Tic-Tac and Boyfriend du Seigneur, who went on to be sold for no less than 80,000 euros!

Chantecler Z (Carthago x Heartbreaker x Darco), a son of the international performer Azuela de Muze and thus a maternal half-brother to Vedet de Muze and Felini de la Pomme, out of the Qerly Chin and Narcotic de Muze family, was sold for 46,000 euros to the USA.