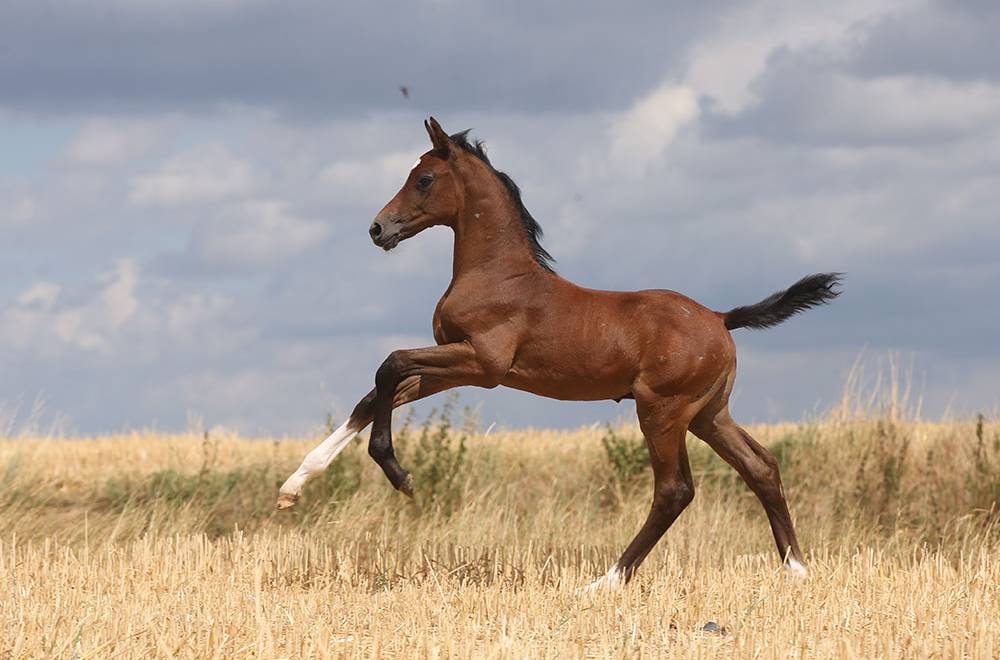 Last part of our meeting.

When you consider the development of this ICSI technique over the past five years, do you think that insemination and traditional breeding still have a future, or will this technology take over?

C. G.: "I don't think this is a technology for every situation. Embryo transfer is expensive, and if the foal is worth less than the cost, it doesn't make sense. It takes at least €5 000 to €6 000 to produce a foal by ICSI. I also think that, as in any market, you have an upward curve and then the market stabilizes. I think we're not at the peak yet, but some people are doing ICSI because it's fashionable, not because they're calculating a certain profit. In the end, only people like Luc Henry or Jos Lansink, who do this professionally with really interesting mares and who get a return will continue. Private individuals who do this thinking they have the best mare will stop when they realize they have no return on investment."

We see today very regularly the same blood lines repeating again and again. Don’t you fear a reduction in the number of lines used?

C. G.: "It’s a possibility. This was also a problem in cows where we ended up with three or four bulls that were found in every pedigree. This creates an inbreeding problem that needs to be controlled."

As a scientist, do you think this is a real problem or not?

C. G.: "I would say that it's not my problem! It's a problem for people who do inbreeding. They must be careful. Here I have clients who have a daughter of Chacco Blue and they want an embryo with Chacco Blue. That’s just asking for trouble. With Arabian horses, they work a lot this way because they want a horse as pure as possible… but you’re inviting problems with temperament and genetic dysfunctions. The problem of cloning is the same. You won’t clone all the horses; the cloned animals must be of genetic interest. Personally, I don't think that ICSI in the way it is practiced today in horses really makes the breed evolve because old stallions are often used with old mares, which is contrary to genetic progress, but I do what I am asked."

Why do you think cloning hasn't been very popular?

C. G.: "Primarily because of the money, because cloning is very expensive. Then, because of the different regulations, cloning raised many objections. In cows, we stopped practicing it. The cooperative we were working for was interested, but there was no market for that. We had bull clones, but we couldn't use them because there was a European guideline on the topic. There is a lot of propaganda around the ban and the European Parliament passed a motion to ban the cloning of live animals. It was not a regulation, just a motion, and the European Commission never took it into account because in the USA they use clones and the offspring of clones. This would have created problems, so they preferred not to make a stand to avoid tensions with the Americans. For horses, it is different because they can be registered as non-consumable animals. This gives us more freedom because the fear is that we could eat them. I have tried the meat in Japan… and it's very good! Every scientist can prove that the meat is no different from any other animal, it's just psychological. There is absolutely no risk. Now, however, the International Equestrian Federation has decided that clones are allowed to participate in the Olympic Games. This obviously discourages people who would like to invest, especially since in Europe people have less money to spend than in the USA."

In about ten years, you’ll probably be the person who has most influenced the breeding of sport horses and jumping horses in particular. How do you feel about this?

C. G. : "I’m proud and happy. In 2008, we received a prize for reproductive fertilization, after which I cloned a horse, and I won the recognition of scientists, although I would be happy to get it from the breeders too. I’m happy to make a contribution and for it to be appreciated. At first, cloning was not popular, and I spent a day in jail because of it. We were showing a cloned bull at an agricultural fair. There had just been a change of government in Italy and the next day our laboratory was surrounded by the Carabinieri and I was taken in, just because I had cloned a bull."

What are your expectations for the future?

C. G.: "I still have many projects and challenges ahead. For horses, we want to improve our infrastructure in the next two years. We also plan to be able to improve our sexing of embryos and achieve even higher success rates. Maybe we can also develop genetic tests to see if they are carriers of diseases, but I don't see any major changes. For me, the challenge is really about genetically modified pigs. We have important work to do in this area. We want to set up a specialized piggery in the next five years, although it will cost a lot of money unless we sell our French company. Then we could reinvest the money here to make better pigs for research."