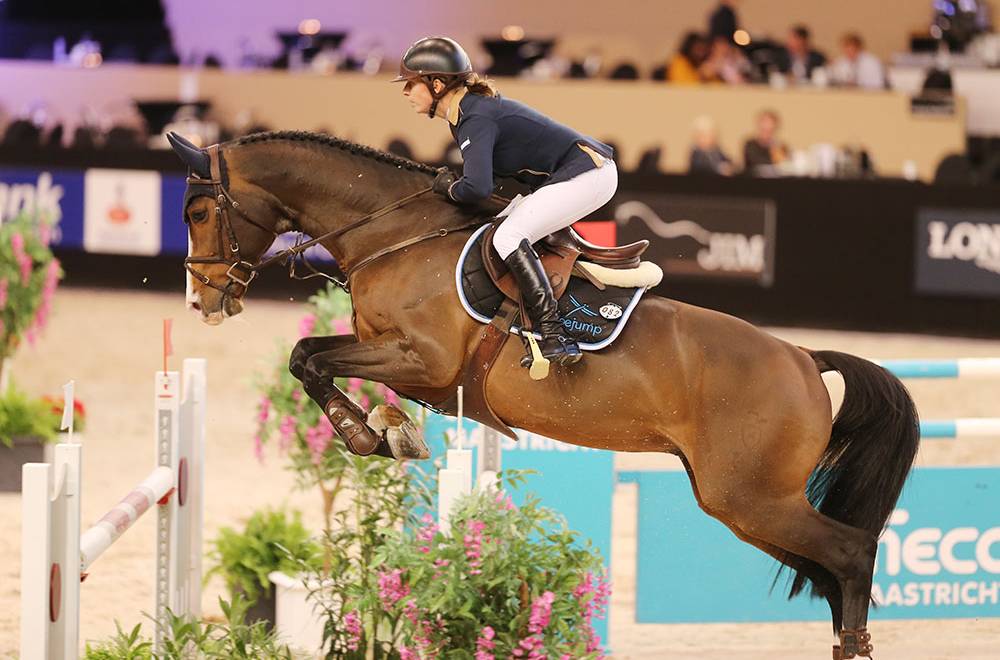 After the arrival of the star, Cornet du Lys (Cornet Obolensky) last year, Eric Levallois has completed his range of stallions with the arrival of the Holsteiner stallion, Cabachon (Casall x Concerto II x Joost). Now 16 years old, this pretty bay evolved into a Grand Prix winner of the 3* Grand Prix on the Baltica Spring Tour in 2015, and second in the Grand Prix of Roosendaal in 2016 with numerous rankings. Although his offspring are still young, he already has many progeny out competing on the international circuit, and several of his sons have been approved in Sweden and Denmark.

He won’t be alone, because a second stallion entrusted to the stud by the Larocca family, Diablo Blanco (Chacco Blue x Cento), will also join him at the Haras de Beaufour. The latter won the San Remo 2* Grand Prix with Mattias Larocca.

Alongside Cornet du Lys, Cabachon and Diablo Blanco, the Haras de Beaufour also distributes semen from their two promising young stallions. Falcao de Beaufour (Contendro x Allegretto), whose dam is notably a sister to Norson du Reverdy and Lucky du Reverdy, who stood out this year in Fontainebleau by taking 4th place in the 5-year-old French Championship, while Farenheit de Beaufour (Diamant de Sémilly x Cassini I) is out of Charmander's full sister. Not to forget the stallion Diago (Diarrado's Boy x Carthago) who, at 7 years old, is being ridden by Penelope Leprévost and has a bright future ahead of him.