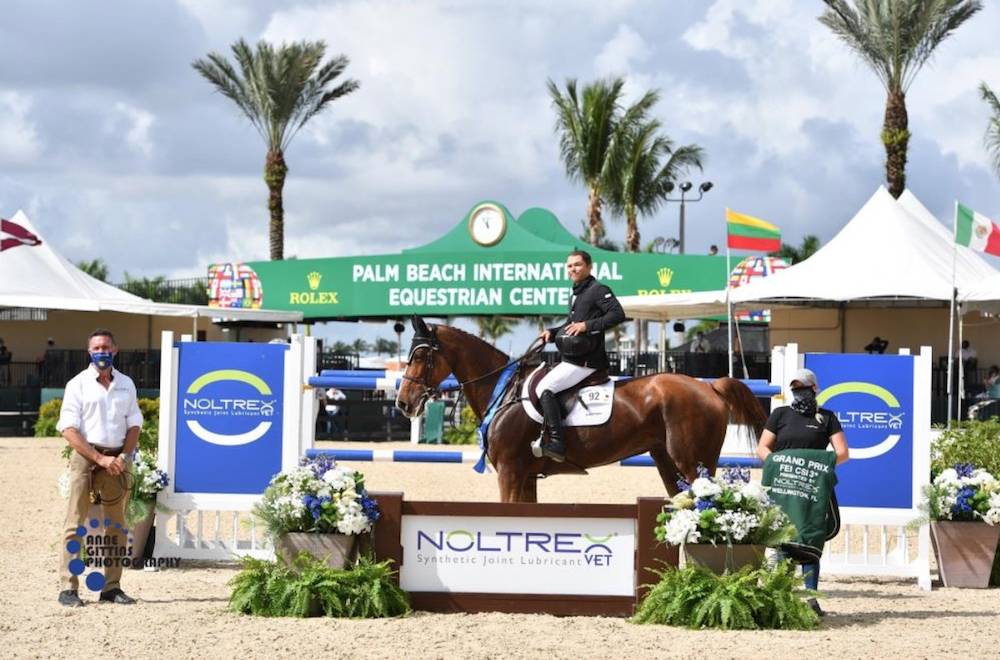 A CSI4* in Vilamoura, CSI3* in Wellington, and several other CSIs in Europe; we take you on a tour of the weekend's winners.

The Vilamoura CSI4* Grand Prix was held on Friday and it has a nice starting line-up. The Nations Cup that took place this week (one of the only two on the European continent this season), attracted a nice range of riders. It was the youth that won, thanks to Bryan Balsiger. The Swiss prodigy managed to lower - by one hundredth of a second! - Luciana Diniz's time on Vertigo du Desert (Mylord Carthago). Bryan Balsiger, who rode Christiana Duguet’s mare Twentytwo des Biches (Mylord Carthago), once again turned in a beautiful performance, after their notable 2nd place in the Gothenburg World Cup stage in February.

Third place went to Belgian rider François Mathy Junior and his faithful mount Uno de La Roque (Numero Uno). The leading trio were almost as quick as each other, stopping the clock in the same second! Of the 9 riders qualified for the jump-off, 7 achieved a double clear round.

There was no surprise in Wellington where the victory went to... Kent Farrington. The best American in the world rankings (7th) won with Kaprice van't Roosakker (Echo van't Spieveld), his Belgian diamond, having already been victorious in Tryon and having come 2nd twice in the Traverse City and Tryon GPs!

Kent Farrington didn’t fail to thank the organizers: "I feel very grateful that our sport can continue despite this difficult period, and I take my hat off to all the organizers who continue to do their best to make the competition happen here in Wellington."

At Sentower Park, Egyptian rider Abdel Saïd won the CSI2* Grand Prix with Arpège de Ru (Apache d'Adriers). There was good participation in this Grand Prix, since the podium was completed by Marlon Modolo Zanotelli with the stallion Charlie Harper (Comme Il Faut), and Lisa Nooren on Dienellie (Berlin).

They continued jumping for the 2nd week of the Oliva MET, where the victory in the CSI2* Grand Prix went to Belgian rider Koen Vereecke on Arioso du Bois (Rock'N Roll Semilly), coming in ahead of German rider David Will on Ted (Waranta), and Constant van Paesschen on Isidoor van de Helle (Canturo). "Next year, I hope to be able to take part at the CSI3* level and higher with Arioso. He’s a great horse with a very strong mind," said the winner.

The Belgian was in good shape as he had already won in Friday's ranking event, this time with Donna Vd Windeweg Z (Diamant de Semilly). Second place went to Jérôme Guery and Diego (Verdi).

Another victory went the way of the unbeatable Carlotta! Emanuele Gaudiano once again accompanied his daughter of Chaccomo to victory, this time in the Gorla Minore CSI2* Grand Prix. Swiss rider Alain Jufer secured a nice 2nd place, having bet on Dante MM (Diarado) for this event. It was the German Hans-Dieter Dreher who took 3rd place with Vestmalle des Cotis (Baloubet du Rouet).