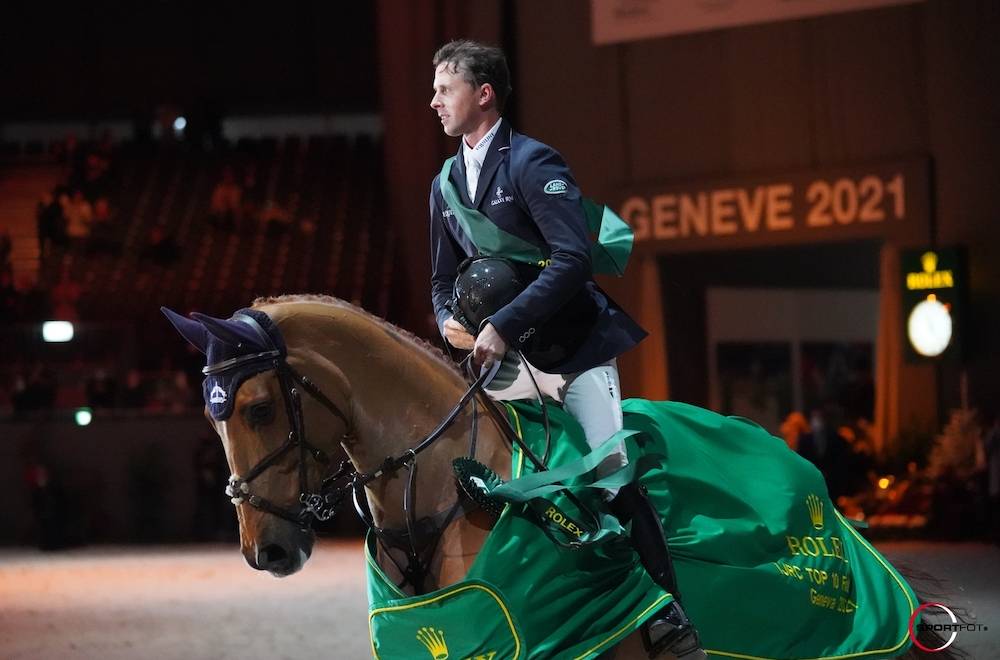 Having been postponed for a year because of Covid-19, the 20th Top 10 Final, created and managed by the IJRC (International Jumping Riders Club) took place this Friday evening at the CHI Geneva. A milestone anniversary for an event that’s just as important in the world of jumping!

"20 years already... It seems so long ago and yet I remember it like it was yesterday," Ludger Beerbaum, winner of the very first edition of the Top 10 in 2001, has a unique memory of his victory with his incredible mount Goldefever. And the next edition too, which he also won with Gladys S. "It usually takes a few years for a new sporting format to make a name for itself and find its place in the schedule. On the contrary, for the Top 10, it happened very quickly and the level of the event was immediately very high. In the second year, the Top 10 already had worldwide impact," recalls the German rider.

But what makes this event so special? Modelled on the Tennis Masters, it brings together the ten best riders in the world rankings: with the assurance of seeing the riders fight tooth and nail to win the title of Rider of the Year.

Bringing them together in the legendary CHI Geneva arena also means taking advantage of the always impeccable organization of the competition at Palexpo. The Swiss venue has hosted the first seven Top 10 finals, and 16 out of the 20 editions, which goes to show how closely this final and the CHI are linked! Finally, the Top 10 is a real "show". The format (ten riders competing over two consecutive rounds) is intense and fast, enough to satisfy spectators and viewers’ thirst for emotion. The emphasis on the riders with the parade, the on-the-spot reactions, and the presence of the riders until the end of the event all add a human touch to the performances, for the pleasure of all. In short, the Top 10 is a special event, which never lacks twists and turns and always offers great sport. This 2021 edition was no exception! The scenario was once again exciting: We had to wait for Jérôme Guery, the last rider to start, to find out the outcome of the event. ©Sportfot

While Gérard Lanchat, the course designer for this edition, had predicted a first round that would favor clear rounds, only four combinations found the key to the perfect course on this rather fragile and right-to-the-edge round. But nothing was decided, and that’s surely the whole point of these two cumulative-score rounds!

As proof, Kevin Staut, who had saddled Tolede de Mescam Harcour for the occasion, despite knocking a rail in the first round, was at the foot of the podium at the end of the event, having put things right in his second round. The three best riders of the day, on the other hand, went head-to-head, entering the arena for a second time with a blank score. Knowing he didn't have the fastest horse, Jérôme Guery, who was competing in this event for the first time, tried everything with Quel Homme de Hus (Quidam de Revel), forcing their fault over the wall. "This is the placing I could have hoped for. The horses to beat were extremely fast. I still tried to catch their times (a little too much almost!). But even with a clear round, I wouldn't have been fast enough," analyzed the Belgian rider with philosophy.

Duel at the top

It was the stopwatch that separated the contenders for the first two places on the podium. Henrik von Eckermann, who has been enjoying success since his team gold medal in Tokyo, once again called on King Edward, who is still in Olympic form! Bouncy, willing, and driven with precision, the son of Edward 28 completed two courses with incredible ease. But despite all the determination of the Swedish rider, the clock was lowered by Ben Maher and Explosion W. "I tried to put pressure on Ben, but even though I don't like being second, I knew he would be faster," Henrik said, reminding us that he had already been lucky twice this year: his partner, Janika Sprunger’s pregnancy had allowed him to taste the joys of fatherhood and to get her current star mount back under his saddle. This was enough to put a second place in this Top 10 Final, won by a more-determined-than-ever Ben Maher, into perspective. It must be said that despite five attempts, the British rider had never tasted victory in this event. Thanks to his good mount Explosion W, he has now done it. And the usually reserved rider could hardly hide his joy; he had a radiant smile on his face as he left the track. Asked in the press conference about the rivalry between Explosion and King Edward, who are now considered the two best horses on the planet, the winner of the day said: "It's good to have competition, it pushes you to always give your best. But I wouldn't trade my horse for anything in the world!"

It was a great show tonight in front of almost-full stands, and this was despite the double-whammy punishment for the organizers due to the numerous sanitary constraints and the night’s snowfall which hindered the traffic for a good part of the day. Nevertheless, the absence of Marlon Modolo Zanotelli has somewhat marred the party. The Brazilian was well qualified for this final but was removed because of a murky issue with his membership and dues to the IJRC. Maybe next year will be the endearing rider’s year...