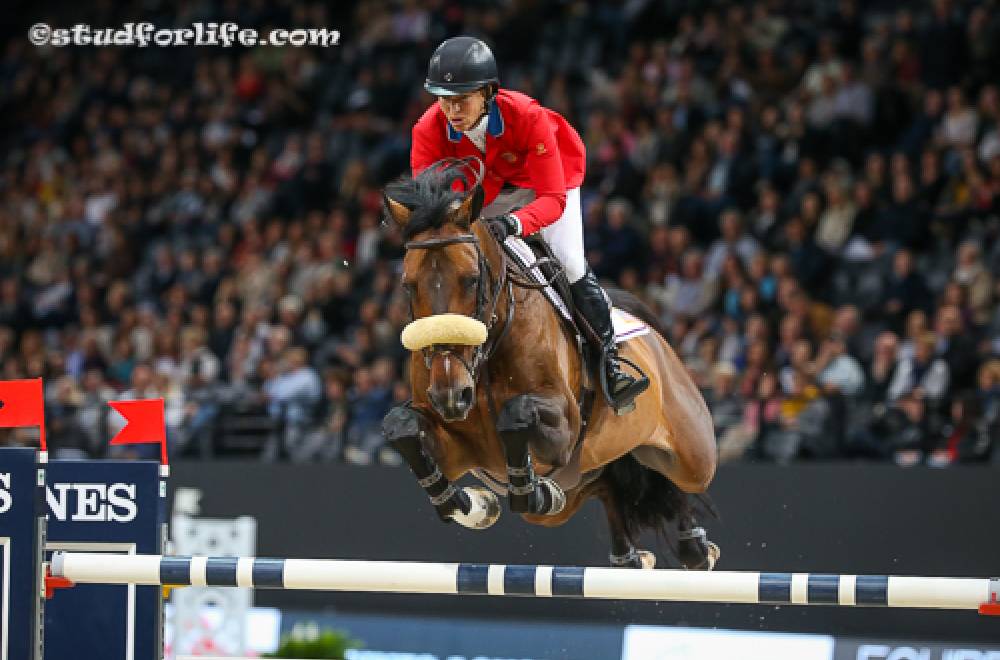 True to form, Madden gave the credit to her horse: “"He was fantastic. He was right there for me every time I called on him,” she told US Equestrian.

The USA’s Madden was the only rider to break the 61 second mark in the single round, speed class, and she did it with foot-perfect style, handling a challenging course with what could only be described as relative ease.

Not to be outdone, Germany’s Daniel Deusser was nearly as good with Cornet d’Amour, he placed behind Madden in 2nd, just .072 seconds behind her time. And in a strong showing for USA riders, Devin Ryan showed up to his first World Cup Final in top form, to place 3rd in the opening round aboard Eddie Blue. Pieter Devos was in top form to finish very well for Belgium, ending the day in 6th place after a quick clear round with Espoir.

This first track, designed by Spain’s Santiago Verala, was full of light rails and tough lines, with faults coming all over the course, including several at the very first fence. Favorite and reigning champion McLain Ward got a bit hung up in the air over the third to last fence, a wide oxer going into a one stride, and his mount HH Azur ticked the rail to slide them down into 10th place. Switzerland’s Steve Guerdat will have a similar hole to climb out of; he placed 11th after a pole down with Bianca.

Scored on points ranked down from the winner, Round 1 standings determine order of go in Friday’s Round 2 competition. Also sitting quite comfortably is Marcus Ehning of Germany, who jumped a very strong clear and placed 4th after Round 1 with Cornado NRW.

But anyone who hoped for a home turf World Cup victory this week was sorely disappointed today, as the four French starters ran into problems on course. Kevin Staut’s Reveur de Hurtebise was off form, picking up 20 jumping faults and falling out of contention. The best French rider is Roger Yves Bost, who currently lies in 12th place with Sangria du Coty. Simon Delestre and Julien Epaillard are 17th and 21st, respectively.

But of course, this is the World Cup Final, and over three high-stress rounds, anything can happen. Round 2 gets underway on Friday, April 13 at 20:30 local time, and can be seen on feitv.org.