2018 Longines FEI World Cup Final: Will History Be Made? 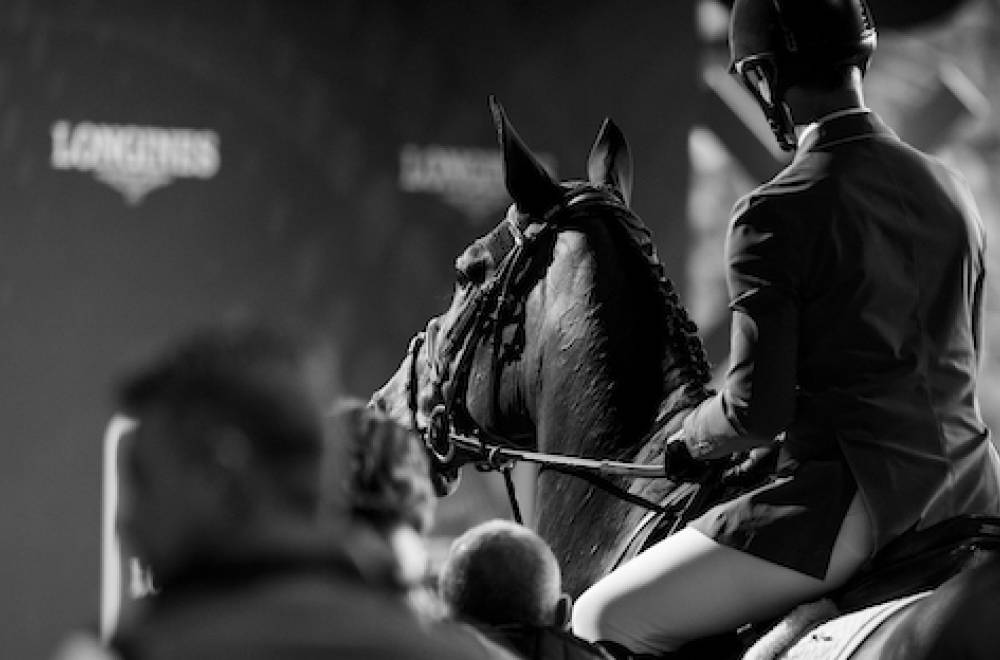 With HH Azur clearing the top of the standards today in her warmup jumps, all eyes are on the favorites this week going into the 2018 Longines FEI World Cup Jumping Final.

Mclain Ward of the USA has returned with his superstar mare as the reigning champion and clear favorite to gun for a second World Cup Championship title, held this year at the AccorHotels Arena in Paris, France.

Most riders used Wednesday's Longines ranking opening class, a €26,000 prize money two-phase speed, exclusively to allow their horses to stretch their legs over fences in the arena. Steve Guerdat took first prize with his 10-year-old partner Alamo, but this first glimpse of the competitors gives out little in the way of predicting what will unfold when the first round of the Final gets underway at 20:30 local time on Thursday, April 12, 2018.

Thirty-eight entries will line out in the World Cup Jumping Final, and along with Ward, there are a few standouts that stand to make history, should they rise to the top.

Becoming a back-to-back World Cup Champion is not unheard of, and Ward aims to join that company this week. Ian Millar and the unforgettable Big Ben were back-to-back champions in 1988 – 1999, as was John Whitaker with Milton in 1990 and 1991. The last time it happened was in 2015 and 2016, when Steve Guerdat won it Las Vegas and Gothenburg. In 2008 and 2009, when Meredith Michaels Beerbaum was World Cup Champion with Shutterfly. she also made history as one of just three riders who have won the World Cup Final three times, having also won it with Shutterfly in 2005. Hugo Simon (1979, 1996, 1997) and Rodrigo Pessoa (1998 – 2000) also hold that three-time distinction.

Marcus Ehning has also won the Final three times in his career, and this year, he is the only entry with the chance of becoming a four time champion – a title that’s never been claimed. With the super strong Cornado FBW on form and a recent win under his belt, Ehning is another clear favorite at this year’s final.

And the home side will be aching for history to be made as well; with the Final held in Paris for the first time in 31 years, and the last French victory in the World Cup Final nearly 15 years ago, the stage could be set for any one of the four French contenders to take an unforgettable win.